Windmill Viewpoint Phuket is located at the top of the hill between Ya Nui and Nai Harn Beaches. It has several white windmills facing out to sea that look like airplane propellers. It’s a great vantage point for passing sea traffic, with the usual long tail boats and fishing boats, plus the occasional oil tanker or monster-sized cruise ship hailing from Singapore. 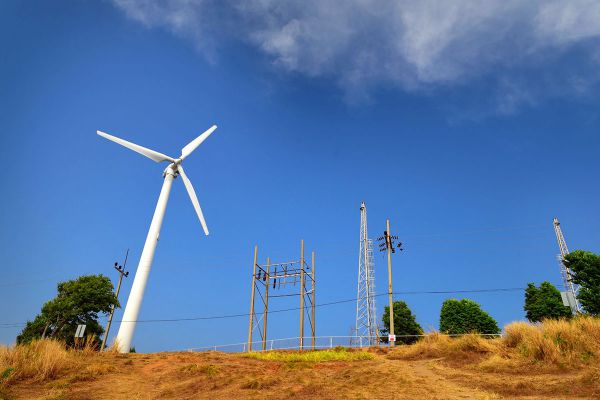 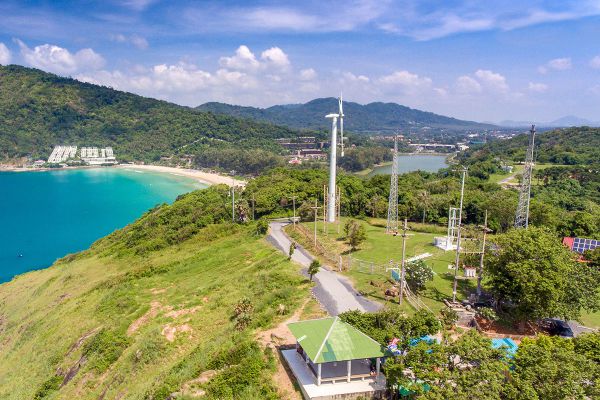 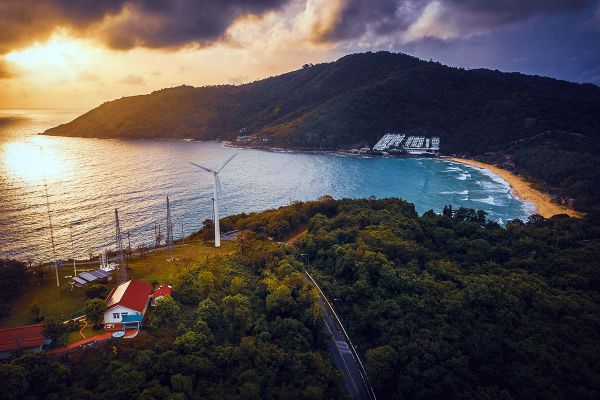 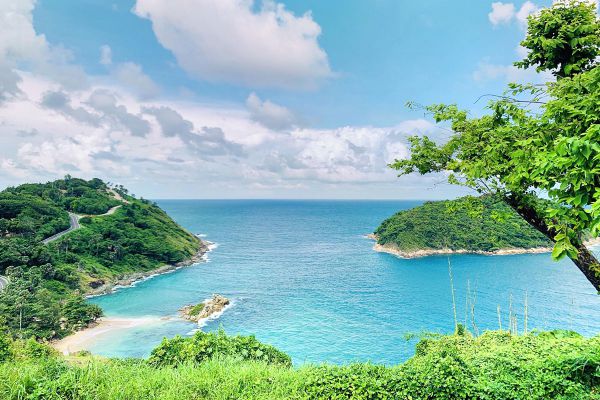 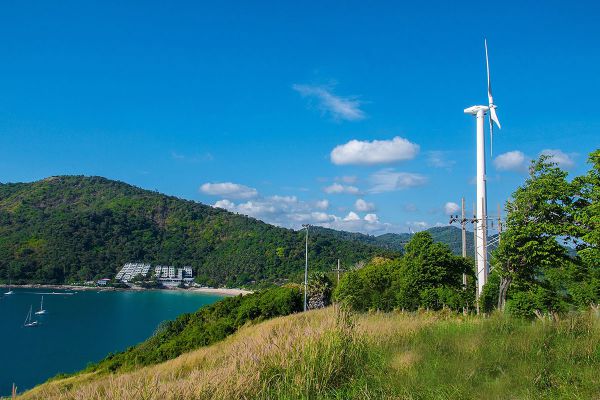 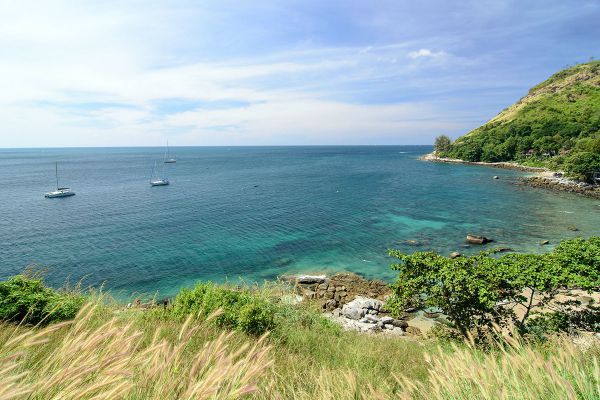 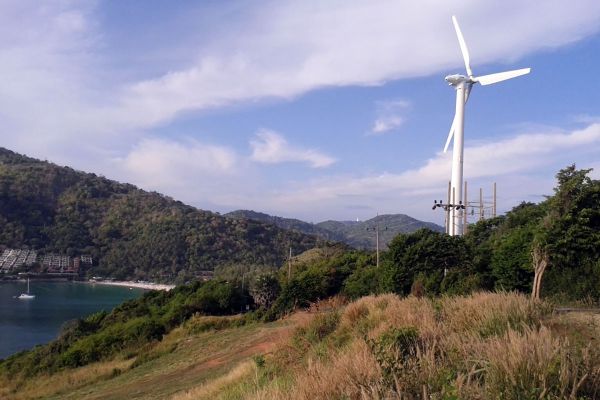 At the viewpoint itself you can’t miss its namesake, the swishing rotor blades of the windmills that generate electricity for the Phromthep Alternative Energy Station.