Wat Ubosot or the Monastery of the Ordination Hall is a restored ruin located on city island in Pratu Chai Sub-district of Ayutthaya. The ruin is situated in the Somdet Phra Sri Nakharin Park, being part of the Ayutthaya Historical Park. 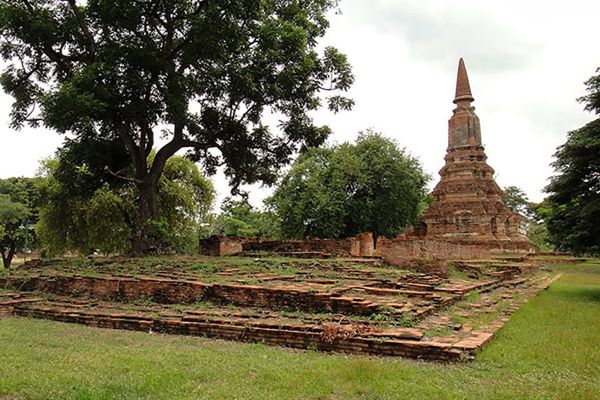 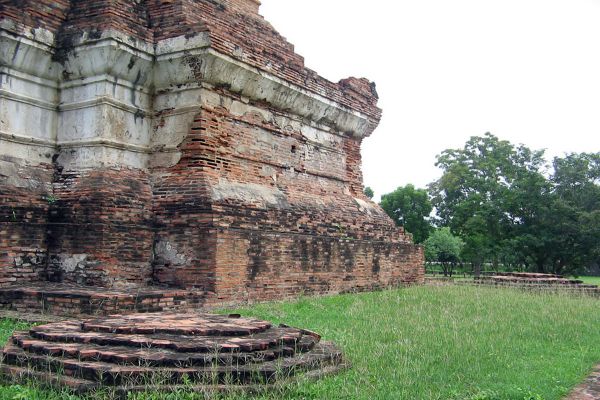 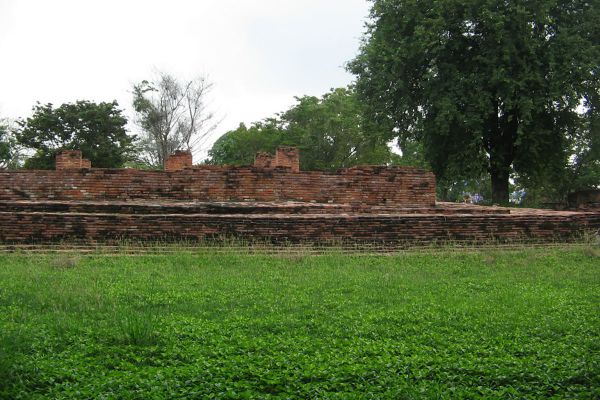 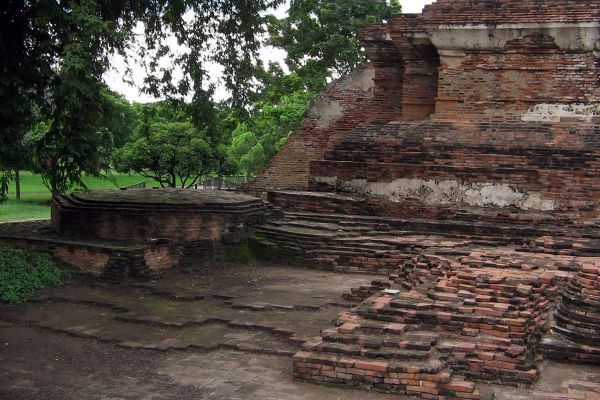 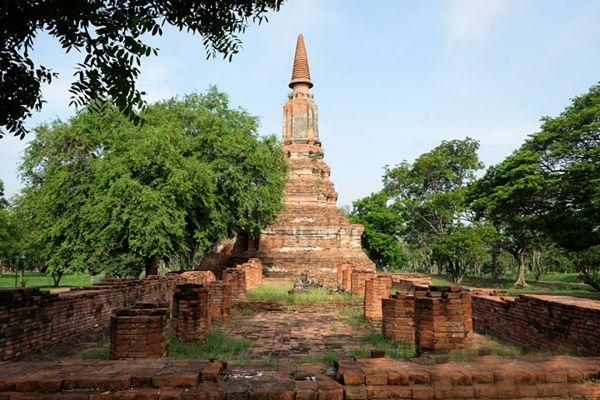 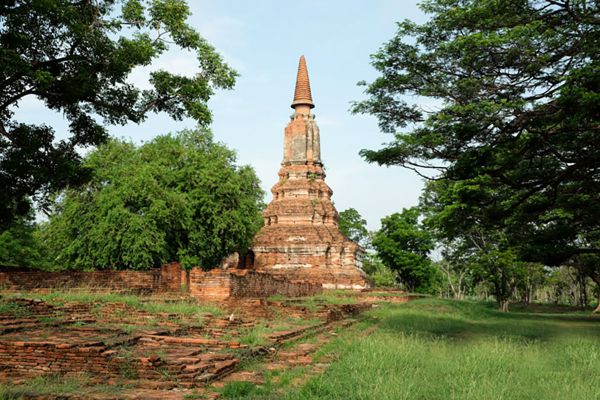 Wat Ubosot lies west of Khlong Chakrai Yai, which had its mouth at the Chao Phraya River. Wat Chao Phram is on its north side, while Wat Chao Prap on its south. Chedi Yai stands west of it.

The exact date of the temple’s construction and its historical information are not known. The chedi features characteristics indicating its construction in the Middle to Late Ayutthaya period. The chedi is redented from its platform until the harmika. The high and redented square platform has a stairway on the south, leading to the base of the chedi. The chedi has a triple redented square base representing the three worlds or the Trai Phum. The three worlds are: the sensual worlds, the form world, and the formless world, together forming the Buddhist cosmology.

An ubosot or ordination hall stood in the front of the chedi. This ubosot has been altered in the Late Ayutthaya period. The area has been up leveled, and a new vihara has been built on top of the foundations of the ubosot. The whole monastic area was before completely surrounded by a moat, but can now easily be accessed. Wat Ubosot in indicated in a mid-19th century map under the denomination “Wat Bot” as on Phraya Boran Rachathanin’s map drafted in 1926.

Doi Pui Luang is in the upside down bowl shape, located on the top of Doi Pui, 1,722 meter above…

Tham Lot is a huge cave system once a dwelling place of pre-historic man. Archaeologists have discovered ancient clay pottery…