Well-lit natural halls lead to nine caverns full of Hindu/Buddhist shrines in the cave system at Wat Tham Khao Pun, the easiest to reach of Kanchanaburi’s many cave temples. The first cavern in the “Temple of the Limestone Mountain Cave” houses a reclining Buddha image that has supposedly been here since the late 19th century and once received the offerings of King Rama V. 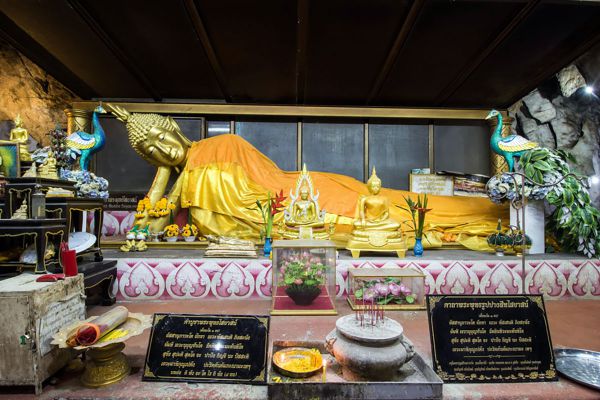 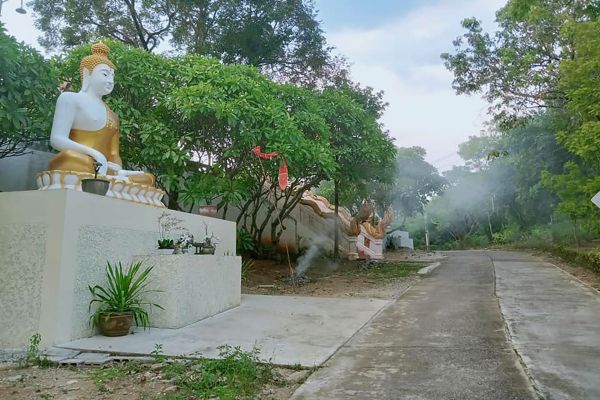 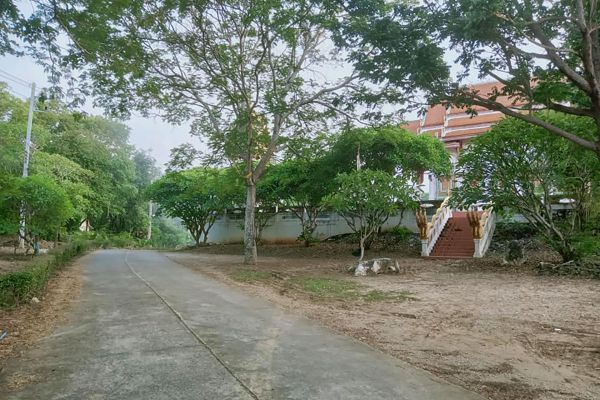 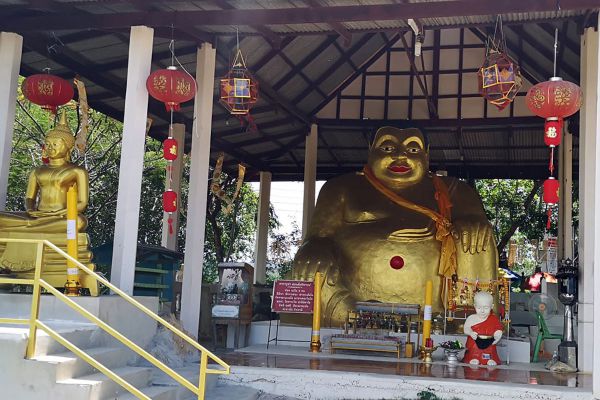 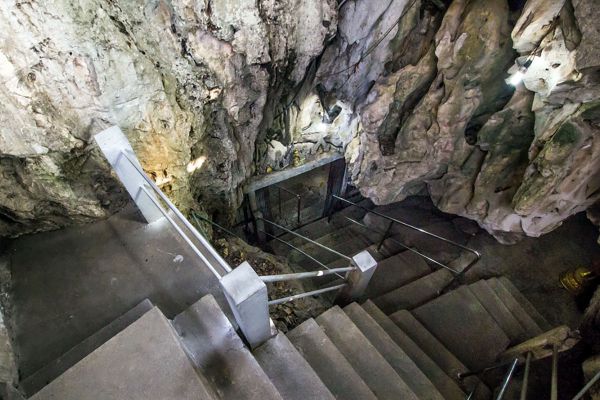 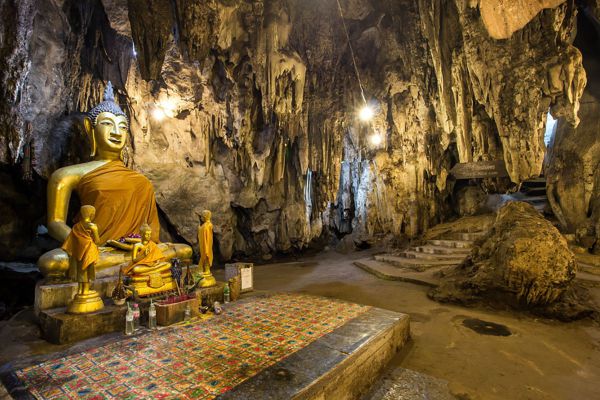 From here you enter a series of narrow corridors in which getting lost would be easy if it weren’t for the abundant fluorescent lights. Of the variety of shrines found in each room, two of the most eye-catching are a depiction of the hermit Ruessi and a collection of Ganesha images cluttered among other Hindu deities. A range of Buddha images include palm-sized statues squeezed into dark corners and a fairly large seated Buddha in the final room. Along with the dusty religious statuary, coloured lights join stalactites and stalagmites to create some eerie scenes.On the way to the entrance, check out the sign explaining how some of the rooms were named after rocks resembling crocodiles or the roots of fig trees that have pierced inside. Tall visitors will need to duck in places, but there are no tight pinches and it’s easy to find your way from one end of the complex to the other. You also won’t need to climb many stairs here, unlike at Wat Ban Tham, Wat Tham Sua and Wat Tham Khao Noi. The vicinity of Wat Tham Khao Poon was used as POW camp during the Second World War and is often visited in conjunction with the Chung Kai War Cemetery, located 1.5 kilometres to the east along the same road.

Wat Tham Khao Poon (also spelt Pun) is located five km southwest of the centre of town off Highway 3228, just west of the River Khwae Noi. You could come on a longtail boat tour, pay a songthaew or tuk tuk around 300 baht round trip, or venture here by bicycle.

The nearest cave temple to Kanchanaburi town is a spellbinding labyrinth of stone passageways. The marked trail can be slippery (and a bit of a squeeze) in places, but ducking beneath limestone protrusions to discover these subterranean shrines is an otherworldly experience; its pin-drop silent (aside from fluttering bats) down here. The temple is 4km southwest of the town centre, beyond Chung Kai War Cemetery.

Wat Hua Thanon is located just north of Sadao near Hat Yai in southern Thailand. You will notice it because…