Wat Tha Ka Rong is located on the bank of Chao Phraya River. The ancient temple was established in the middle Ayuddhaya period through the merging of the two temples, Wat Tha and Wat Ka Rong, which were built around 1549. The establishment went unwritten. Wat Tha Ka Rong was merely mentioned in the royal chronicles as the campsite for the Burmese troops for two times. The first time was during the reign of Somdet Phra Maha Chakkraphat in 1563, when King Tabinshwehti and his army encamped at the temple during the ‘White Elephant War’. The second time was during the reign of King Ekkathat when the Burmese general Ne Myo Thihapate invaded Ayutthaya in 1767. 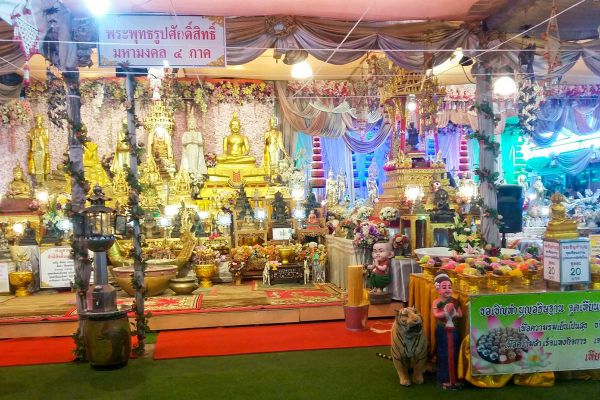 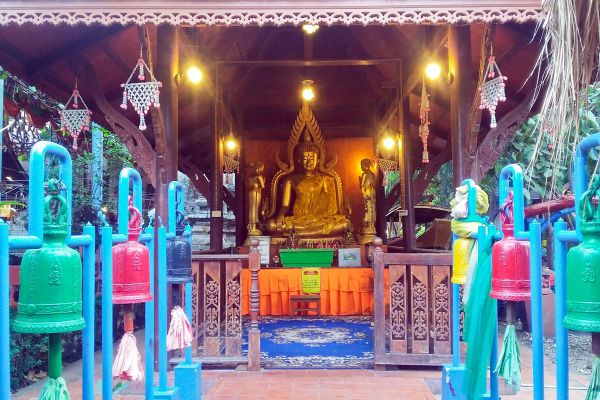 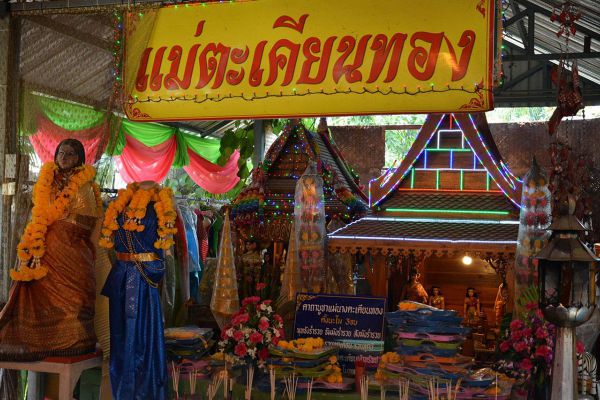 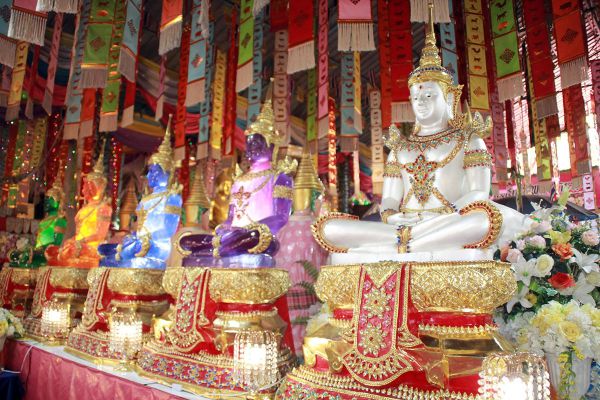 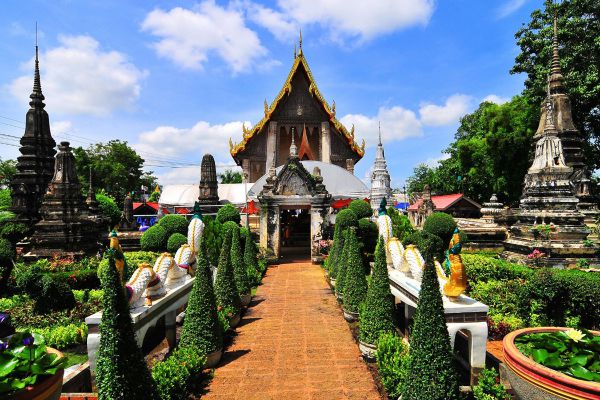 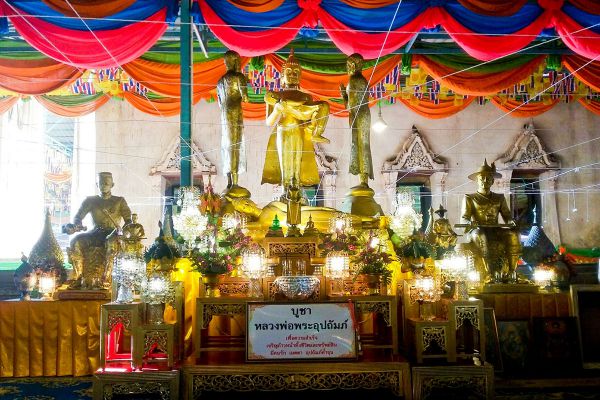 There are a number of interesting attractions at Wat Tha Ka Rong. The first is the ubosot with the beautifully crafted wooden gable and the door frame and windows decorated with stuccos. The front of the ubosot is decorated with coloured pieces of glass. Inside the ubosot is situated ‘Kuang Phor Yim’ or Phra Buddha Rattana Mongkol which is the main Buddha image of the temple. Another attraction is the bell tower, which was built during the reign of Somdej Phra Narai Maharat. The octagonal tower was constructed from brick and plaster work. In addition, behind the ubosot is located an old sermon hall, a valuable Teak Thai house which dates back hundreds of years to the days of Ayutthaya.

When visiting the temple, a must-see attraction is ‘Wat Tha Ka Rong Floating Market’. A variety of food and other products are available at this waterfront market by Chao Phraya River. The market is open from 8 am – 6 pm. Another highlight here is the clean toilet with a remarkable design, now guaranteed by the national best toilet award.