Located north of the provincial capital Ang Thong, Wat Tha It is one of the many historic temples in the area. Originally, the place was a quarry for the construction of Wat Khun Inthapramun and its reclining Buddha. 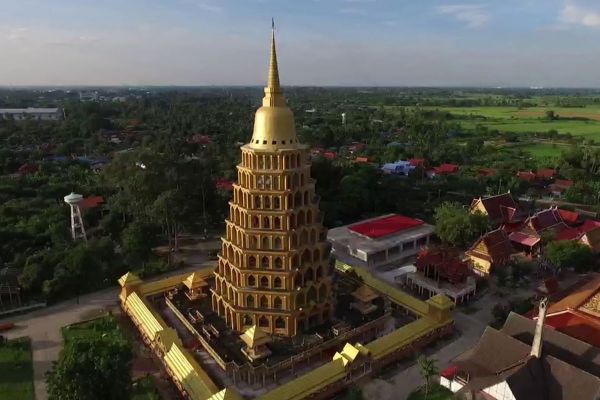 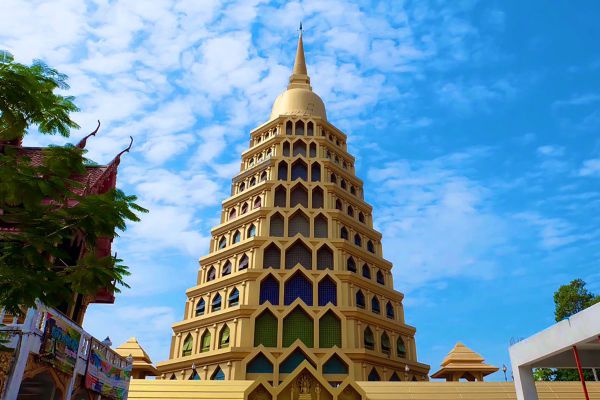 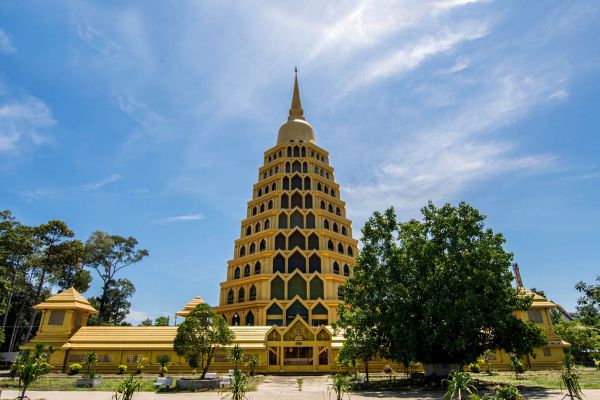 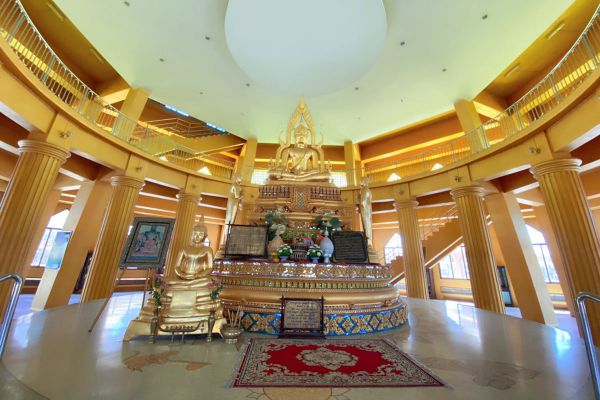 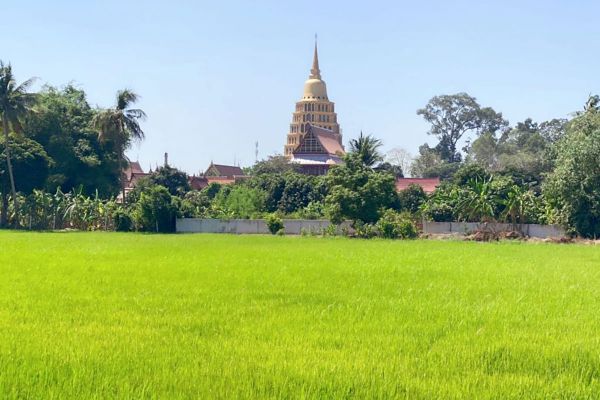 This rocky past gave its current name to the monastery, Tha It which can be translated as wearing bricks.The monastery as such was founded at the end of the Ayutthaya era in 1761, six years before the fall of the kingdom.

More recently, Wat Tha It stood out with the construction of an typical Chedi named Phrathat Chedi Si Pho Thong, consecrated in the year 2000.

Set in the center of a vast cloister, this hexagonal-shaped golden stupa is almost fifty meters high and can be seen from several hundred yards around. 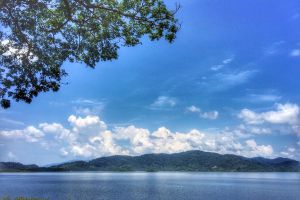