Built in the ending phase of Ayutthaya Era by the father of King Rama I (before his succession to the throne), Wat Suwandararam Ratchaworawihan was originally called ‘Wat Thong (Thong Temple)’. After the fall of Ayutthaya, this temple was abandoned until King Rama I accessed to the throne and established Ratanakosin Capital, when King Rama I restored the temple and named it ‘Wat Suwandararam’ which was from the names of King Rama I’s father, which is Thongdi (Thong is Suwan or gold), and mother, which is Dao Rueang (Dao Rueang is a marigold). 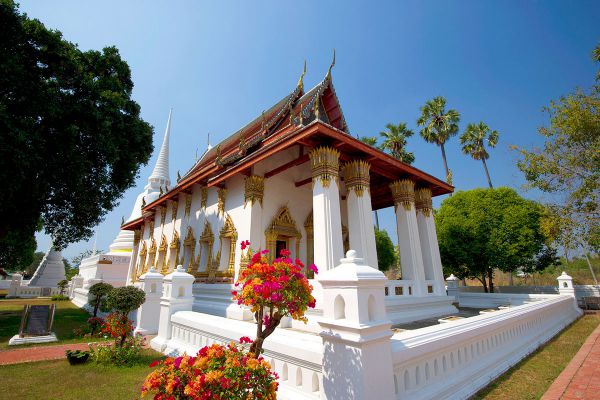 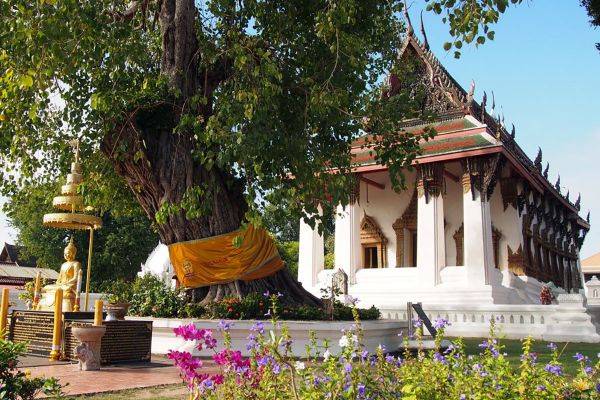 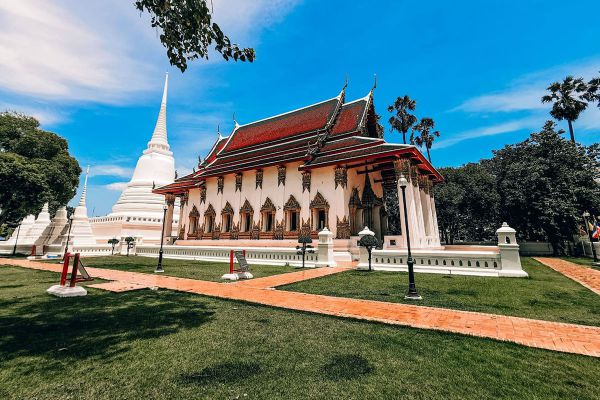 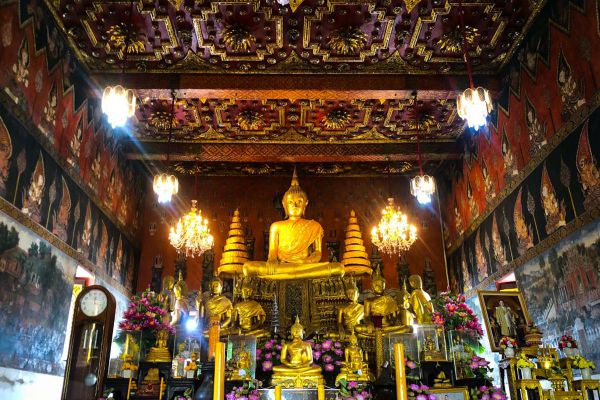 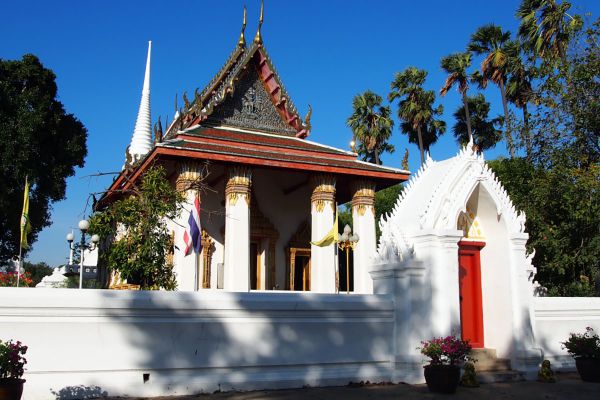 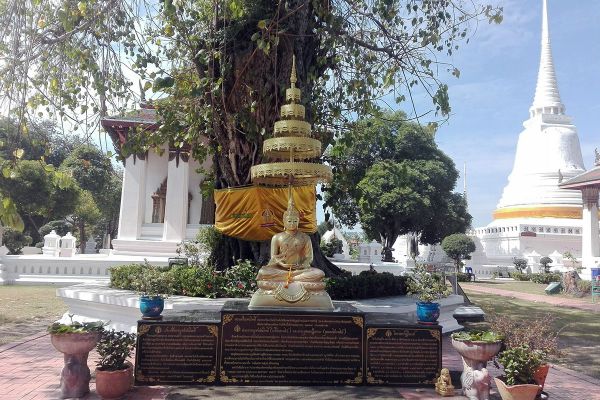 The principal Buddha image in the main hall of the temple, called ‘Somdet Phraphutthachanok Sasada Pathom Borom Suwanrat Chakri), was ordered to be molded by King Rama I. This Buddha image was mold from the enlarged model of the Emerald Buddha at Phrasi Ratana Sassadaram or Wat Phra Kaeo.

As for the pantheon that stands beside the main hall, the interesting components are the mural paintings that depict the life of King Nasesuan the Great since when he were young until he announce the sovereign of Thailand at Khraeng City, to the end of his life. The mural paintings also depict King Naresuan’s excellence at fighting and war commanding in accordance with the chronicle. Unlike Thai arts in general, these mural painting were drawn with western techniques.

At the back of the pantheon, there is a white pagoda that is the place in which Lord Buddha’s relics are enshrined. This beautiful pagoda was built n the reign of King Rama IV.

Veneto Suan Phueng is the area for relaxation and shopping in Suan Phueng, Ratchaburi Province. With the unique Santorini style,…

Wiang Kum Kam is an historic settlement and archaeological site along the Ping River, which was built by King Mangrai…

Rattanakosin, also known as Rattanakosin Island, is the historic centre of Bangkok, where most of Bangkok's "must see" sights can…