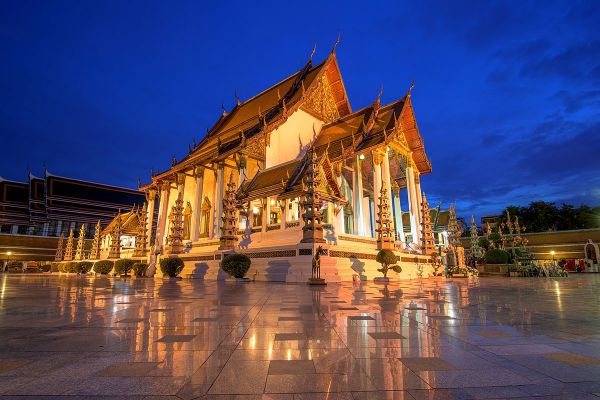 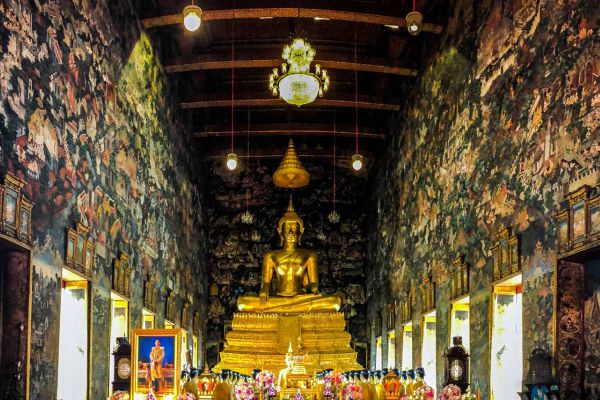 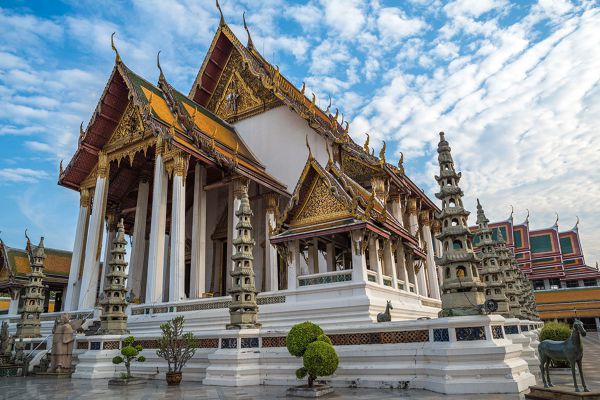 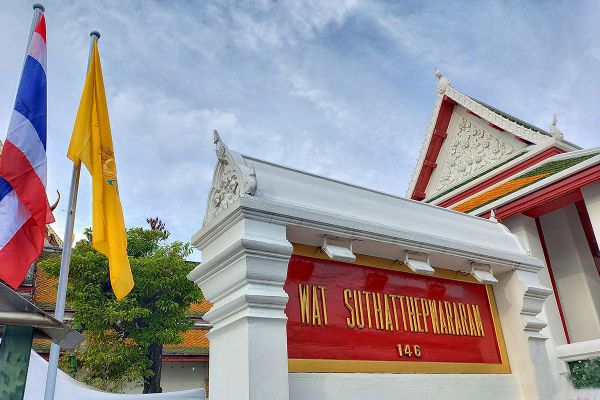 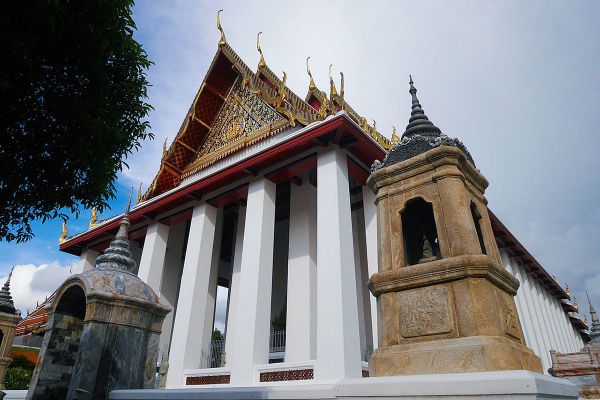 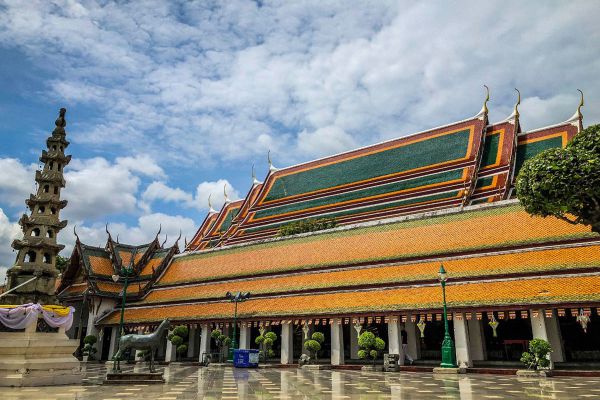 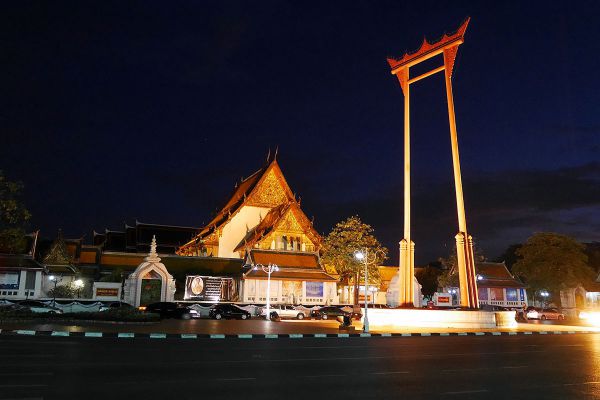 It has an elegant prayer hall with sweeping roofs, magnificent murals, and exquisite hand-carved teakwood door panels. It’s widely known for the towering red Giant Swing standing at its entrance. Located in Bangkok’s Old Town, you can easily combine a visit to Wat Suthat Thepwararam with Temple of the Emerald Buddha, The Grand Palace, and Wat Pho.

When Rama I became the first ruler of the Rattanakosin Kingdom in 1782, he ordered the construction of the Wat Suthat. Construction lasted for decades, and the Wat was finally finished during the reign of King Rama III in 1847.

Mallika City is a replica of a small Thai town as it looked in 1905. Its inhabitants wear the clothing…