Wat Sri Rong Muang or the old name Wat Ta Kanoi Burma, has the most beautiful teak wood vihara in Lampang. It is said to be the same as Indra’s place. It was built during the reign of Rama V and took 7 years to finish. Wat Sri Rong Muang was built in the area where it used to be full of teaks. The vihara’s interior is richly decorated with Burmese art. The roof has multiple layers and the pillars are furnished with mosaic and gold designs from the base to the top. Some parts of the gable were imitated from a castle in Mandalay. Wat Sri Rong Muang was built by the Burmese from Mandalay. 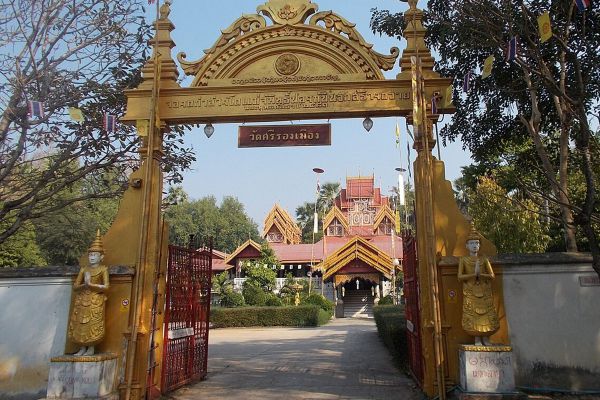 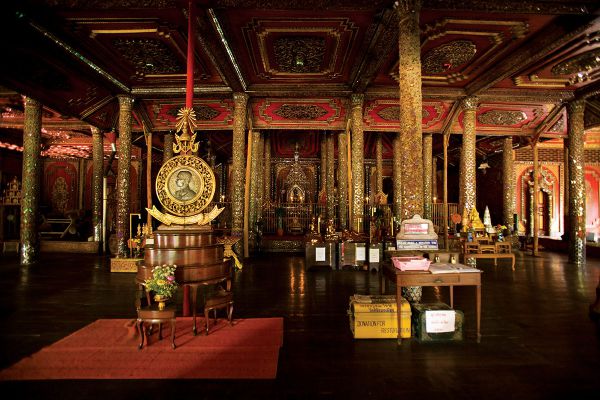 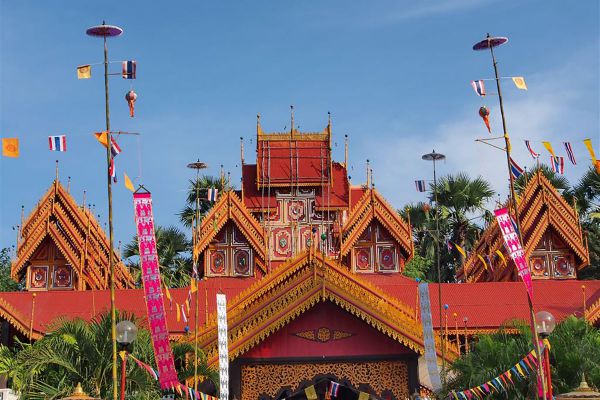 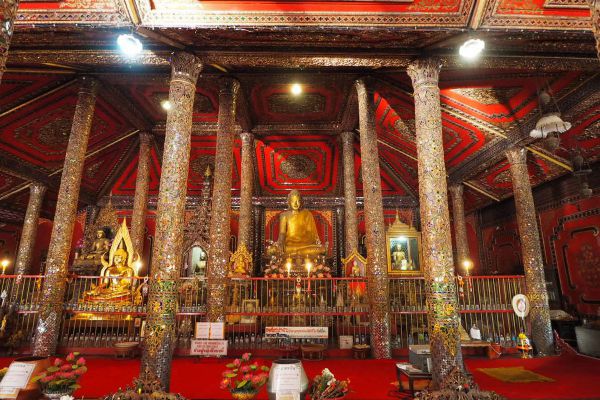 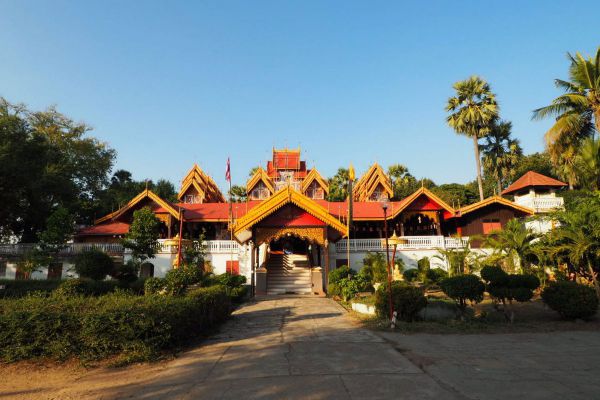 Wat Sri Rong Muang originally had a big and 9 small wihans. However, those small viharns are now ruined and only the big one which is the principle vihara remained.Wat Si Rong Mueang was built in 1904 by Burmese loggers who came to work in the teak logging company, Bombay Burma Company. Lampang was the centre of wood trading. Due to the deforestation, Wat Si Rong Mueang was built to be a sanctuary where people could ask for forgiveness from the nature and pray for a protection.

Inside Wat Sri Rong Muang, round pillars of the wood vihara of Wat Sri Rong Muang are uniquely decorated with mosaic in various colours such as green, white, pink, navy, and yellow in the shape of flowers. The pillar in front of the principle Buddha image molded in the shape of guardian angels, humans, giants, monkeys, and wild animals in Himavanta. Lights from mosaic surrounding the pillars and from the ceiling create reflections and illuminate the vihara which is very beautiful. Inside the vihara, located a teak wood carved Burmese Buddha image in the attitude of subduing Mara. The image has a round face, arched brows, and a prominent nose. It was carved by a Burmese sculptor from Mandalay. Moreover, the point of Burmese art in Wat Sri Rong Muang is perforated metal and wood decorating eaves on each layer of the roof. 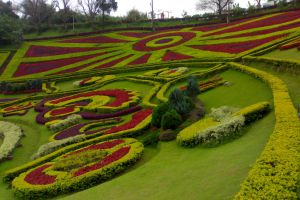 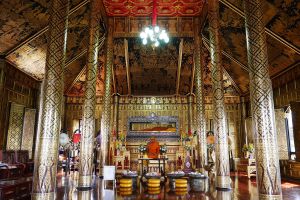