Wat Srichum is a large Burmese style temple in the town of Lampang comprising of a viharn, an ubosot and a chedi. The name of the temple is derived from the Lanna word for Bodhi trees that surround the temple. Wat Sri Chum loosely translates to “temple of many Bodhi trees”. To Burmese people the temple is known as Nyaung Waign Kyaung, Nyaung being the Burmese word for Banyan or Bodhi tree. 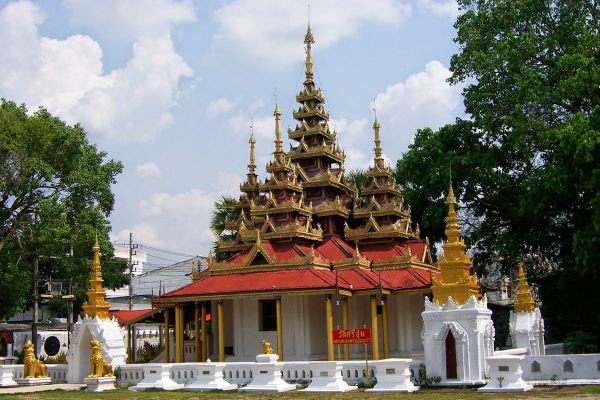 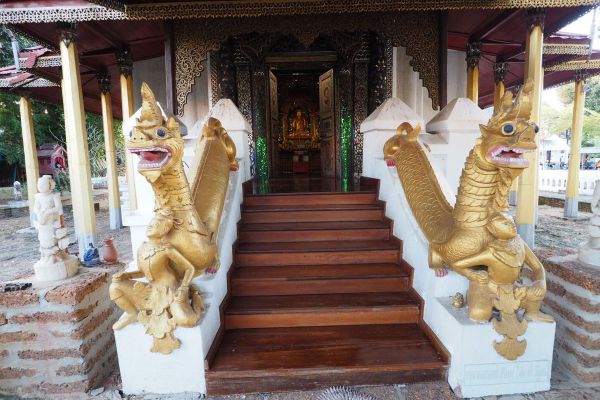 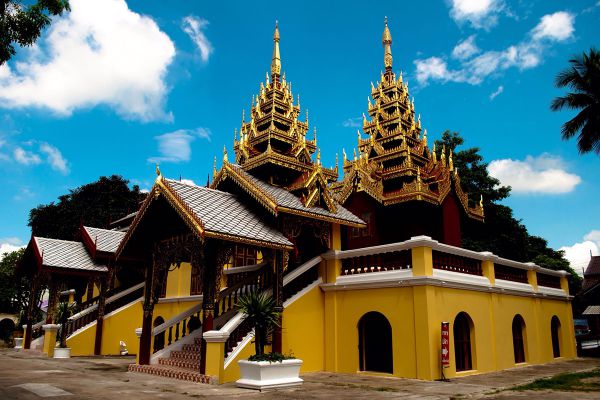 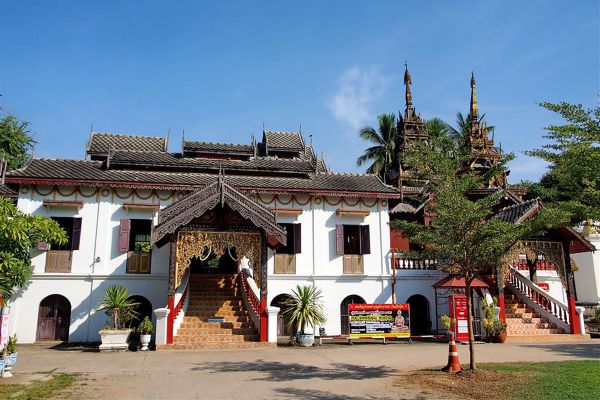 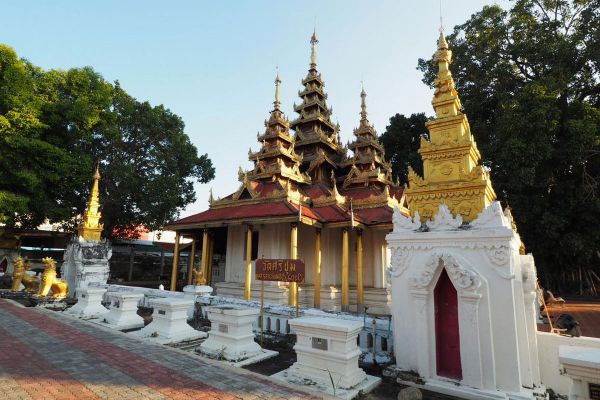 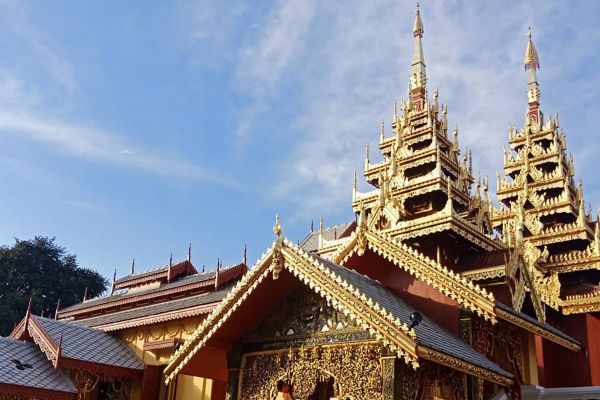 Wat Sri Chum was built by a rich Burmese teak trader towards the end of the 19th century. During that time Lampang was a center of the Thai teak logging business in which a great number of Burmese people were employed. They brought with them their own culture and architecture and built a number of Burmese style temples.

The temple complex is surrounded by walls; a large, elaborately decorated entrance gate topped with a Burmese Pyatthat roof gives entrance to the grounds. The Wat Sri Chum has been declared a national treasure by the Thai Fine Arts Department. 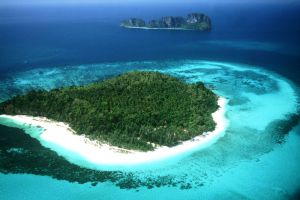 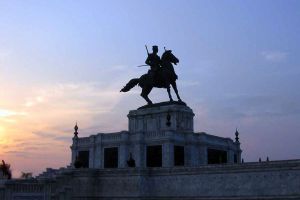