Wat Senasanaram is an active temple. It is presently located roughly behind the Chan Kasem National Museum (the former Front Palace). Khlong Pratu Ho Ratanachai and Khlong Senasanaram partially encircles this monastery today, though the canal served as a moat for the Front Palace in earlier times. This monastery may be difficult for some people to find. It can also be reached by walking to the northern end of Khlong Makham Riang (formally known as Khlong Nai Kai). 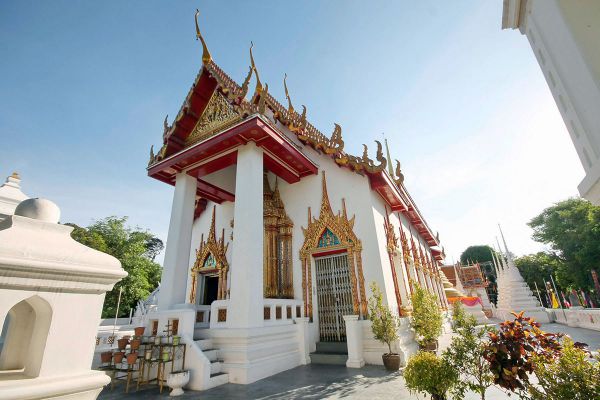 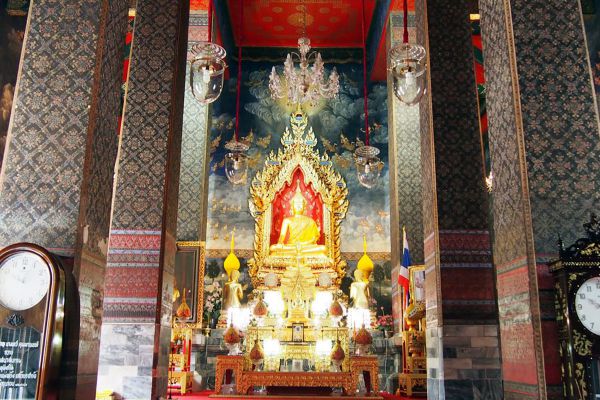 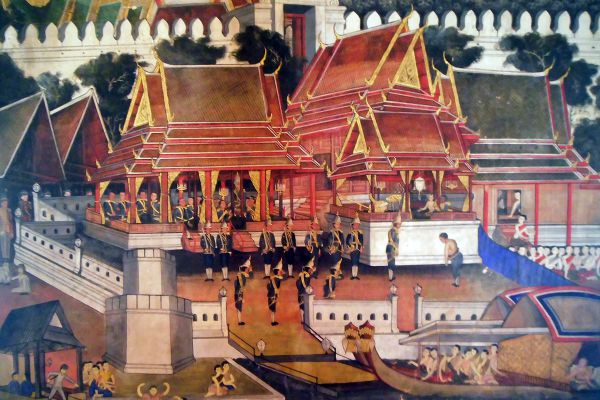 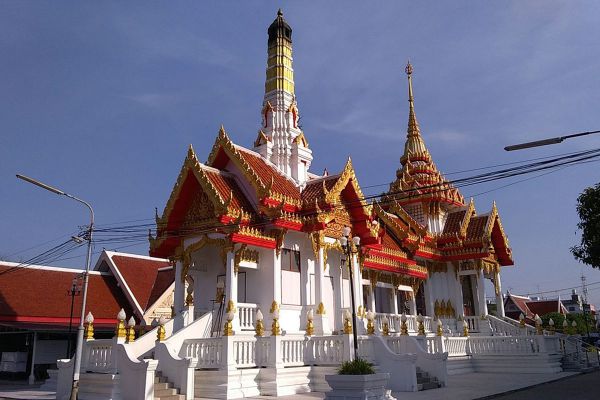 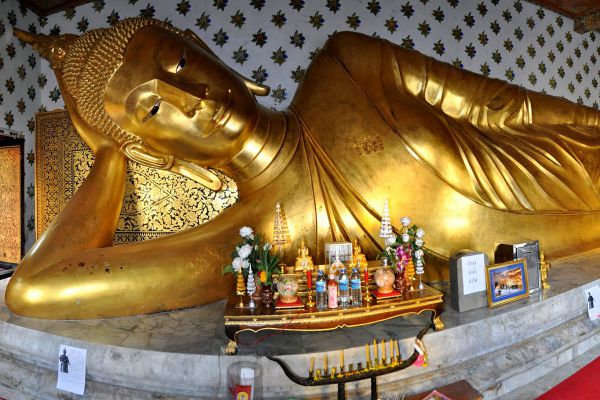 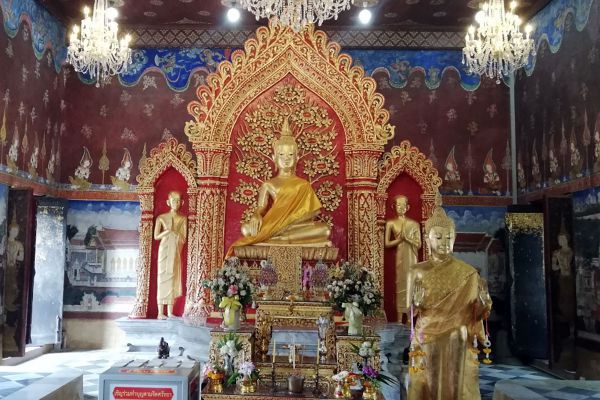 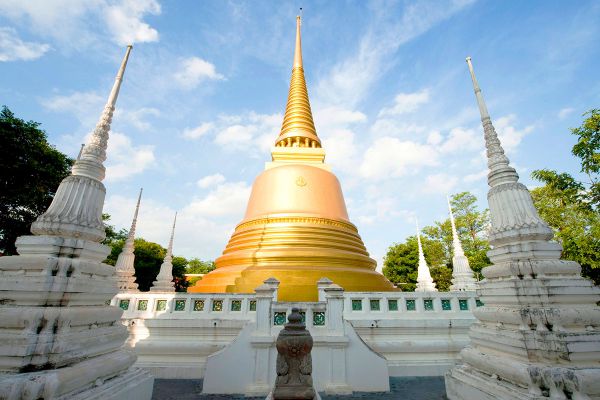 As an active monastery, Wat Senasanaram has all the basic structures of a Buddhist temple. There is a large sermon hall with beautifully decorated murals within. On the eastern side of this sermon hall is a large statue of a reclining Buddha that is painted gold. The central chedi is bell-shaped and painted gold as well. A number of small white chedi are scattered beside the large golden one. Two sacred Buddha images – Phra Phuttha Sai-yat and Phra Inplaeng – are housed in buildings on site. In addition, this monastery houses a pulpit and a teakwood boat, which were given to the monastery as gifts from King Chulalongkorn. This monastery is large and there are several monk’s quarters and a library in situ. The temple courtyard is kept impeccably clean.

Situated 9 kilometres from the city, Karon is the waterfall that is originated from the Nakhon Si Thammarat mountain range,…

Namtok Sunantha is the small but lovely waterfall in Tha Sala District, Nakhon Si Thammarat Province. Water drops down a…

Ang Thong National Marine Park is a pristine archipelago of 42 islands in the Gulf of Thailand. It features towering…