In the heart of the Isan plateau, on the road between Khon Kaen and Kalasin, Wat Sawang Hua Na Kham is a real curiosity. Usually a monastery in a village in the region has a modern Ubosot, or even a hundred years old Sim. At Wat Sawang Hua Na Kham, things are different since the construction of a wooden Ubosot, in a species of rosewood. 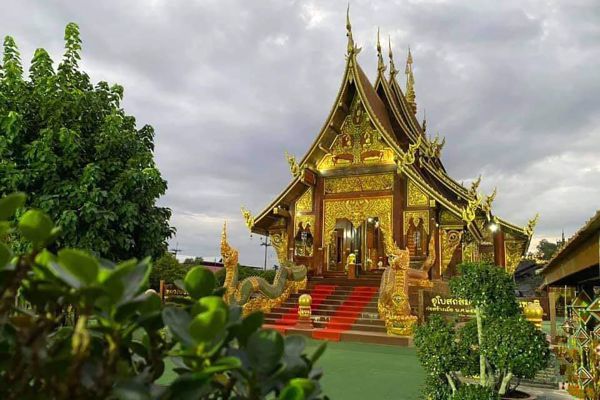 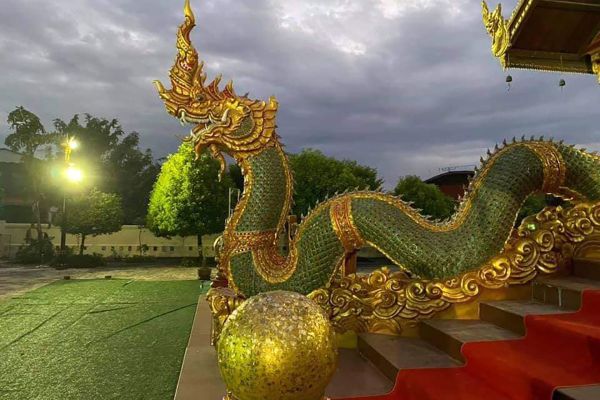 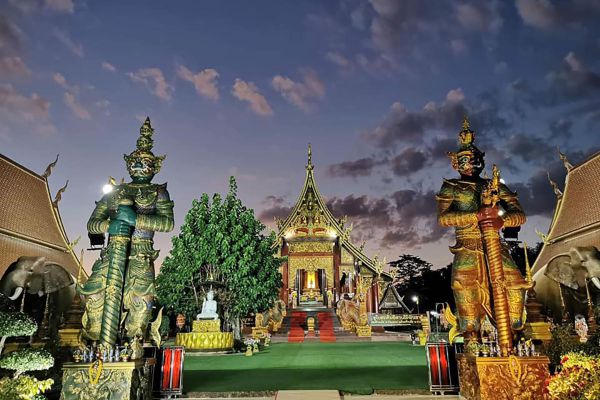 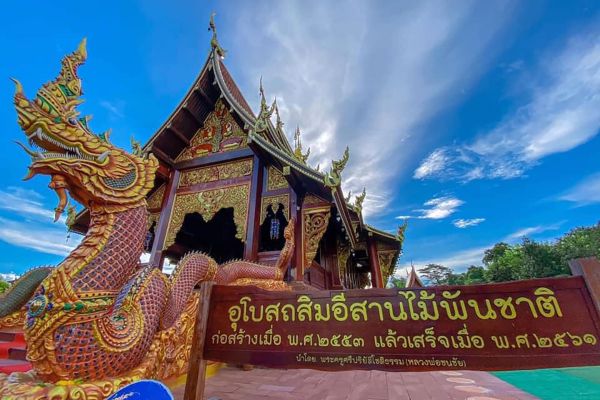 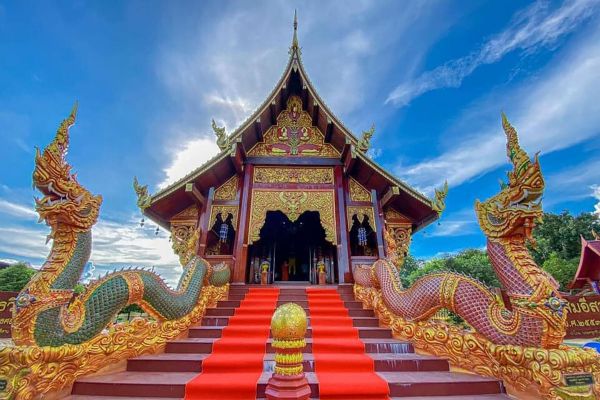 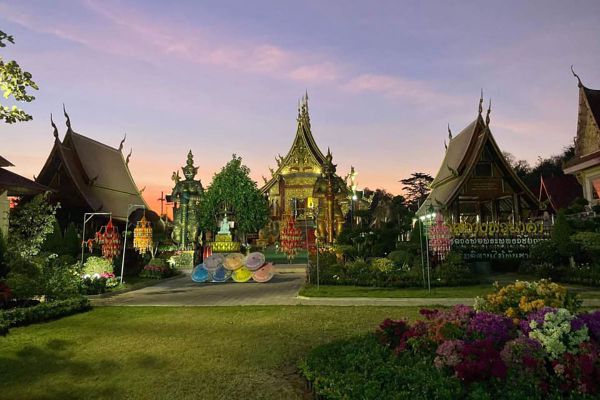 Beyond its noble material, this Ubosot is characterized by its architectural influences borrowing from the ancient Kingdom of Lanna and that of Lan Xang, named after this ancient Lao kingdom.

Begun in 2010, the structure was completed in 2017 but some ornaments were missing, the woodworking requiring precision and considerable time. Nevertheless, the bas-reliefs on the pediment already shone, like the carvings on the front door. 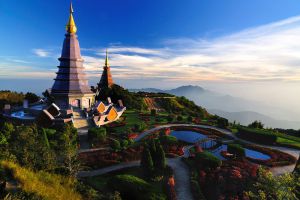 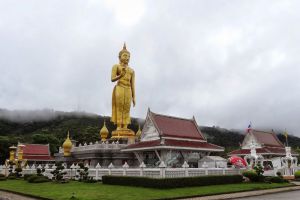