Wat Rong Suea Ten (Blue Temple) is the newest temple on the scene in Chiang Rai. Located just a few kilometers from Chiang Rai city in the district of Rimkok, it was completed in 2016. The Blue Temple is smaller than its counterparts – the White temple and Black House. Nevertheless it’s just as striking, painted in an eye-catching blue with overlays of gold embellishments. 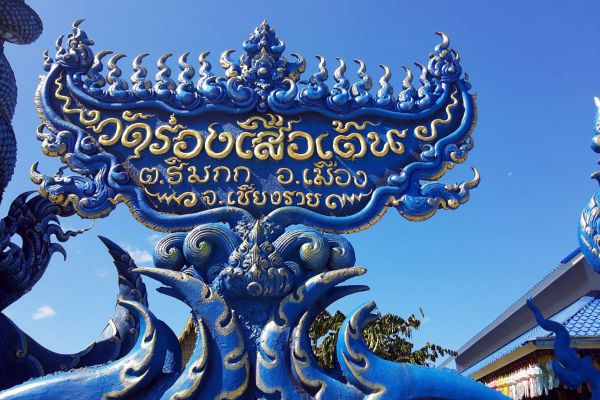 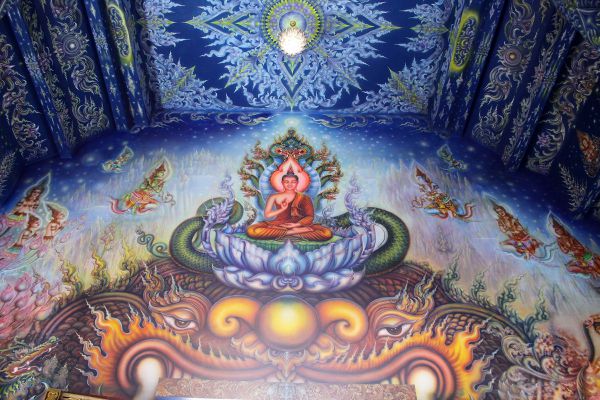 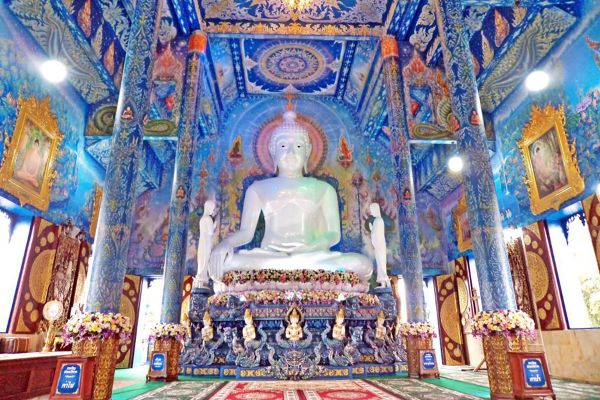 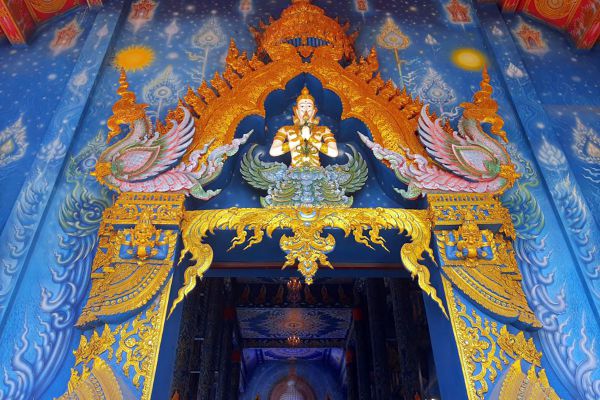 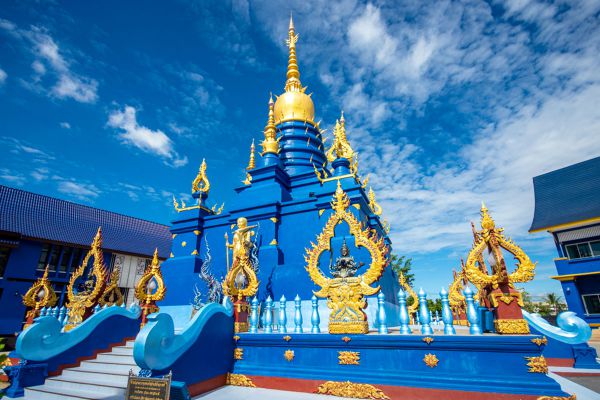 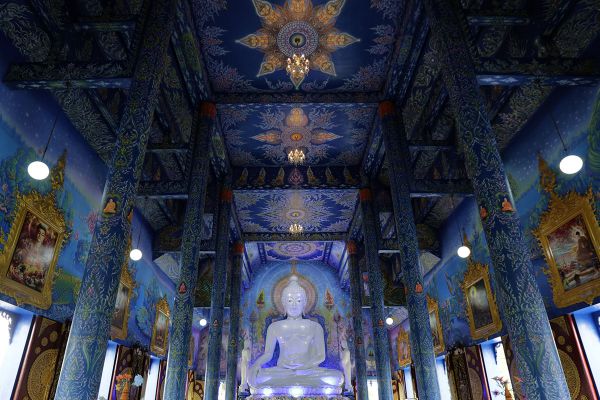 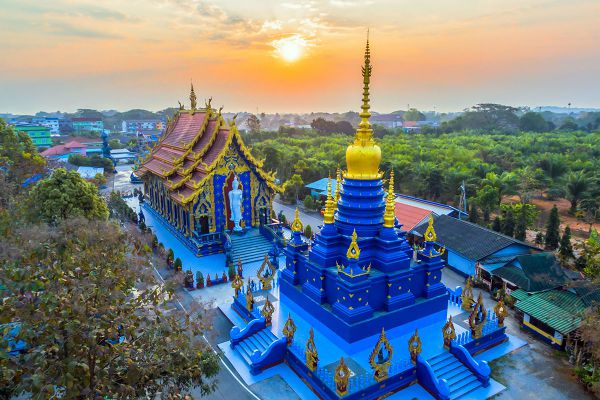 The centerpiece inside the great hall, is a huge statue of a White Buddha in sitting position surrounded by contemporary Buddhist art in a modern style. It’s psychedelic design bears a striking resemblance to the White Temple and Black House, because it was built by the student of Mr. Chalermchai Kositpipat (the famous Thai artist who built the White Temple).

The name ‘Rong Suea Ten’ in Thai, translates as ‘house of the dancing tiger’ because historically, the area surrounding the temple, was full of wildlife, in particular tigers who leapt into the nearby Mae Kok river.

As relatively new temple, its not yet widely known to tourists, but will likely reach the same popularity and status as the other colourful temples of Chiang Rai.

Wat Samphran is a Buddhist temple (wat) in Amphoe Sam Phran, Nakhon Pathom province, around 40 kilometers to the west…