About 13km south of Chiang Rai is the unusual and popular Wat Rong Khun . Whereas most temples have centuries of history, this one’s construction began in 1997 by noted Thai painter-turned-architect Chalermchai Kositpipat. 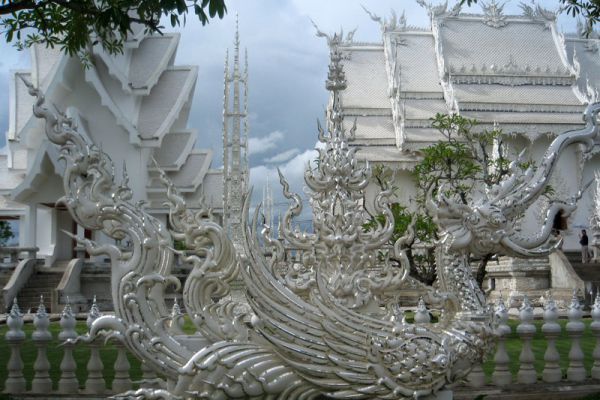 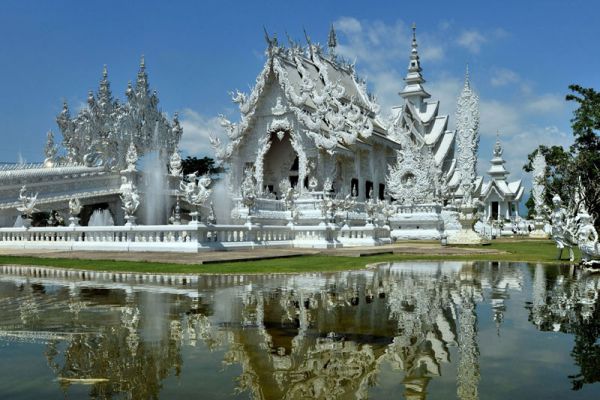 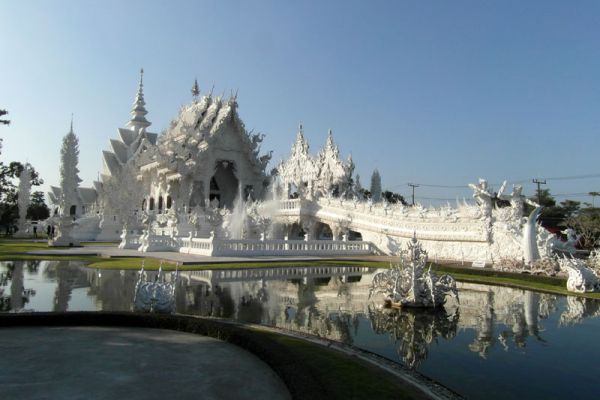 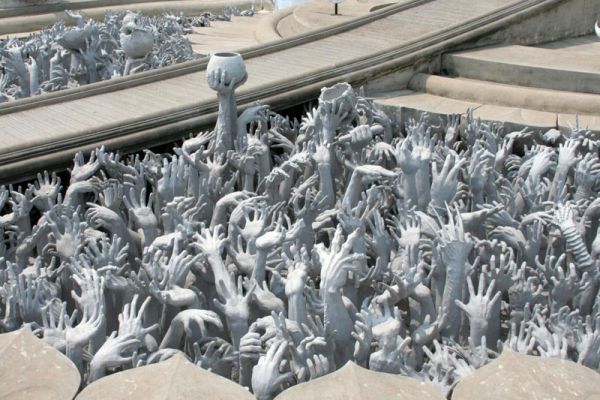 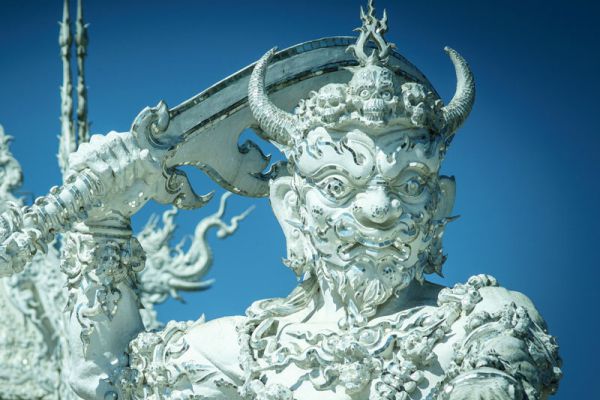 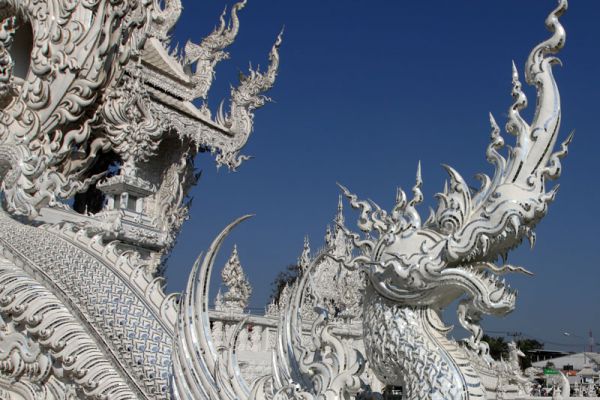 Seen from a distance, the temple appears to be made of glittering porcelain; a closer look reveals that the look is due to a combination of whitewash and clear-mirrored chips. Walk over a bridge and sculpture of reaching arms (symbolising desire) to enter the sanctity of the wát where instead of the traditional Buddha life scenarios, the artist has painted contemporary scenes representing samsara (the realm of rebirth and delusion). Images such as a plane smashing into the Twin Towers and, oddly enough, Keanu Reeves as Neo from The Matrix, dominate the one finished wall of this work in progress. If you like what you see, an adjacent gallery sells reproductions of Chalermchai Kositpipat’s rather New Age–looking works.

To get to the temple, hop on one of the regular buses that run from Chiang Rai to Chiang Mai or Phayao and ask to get off at Wat Rong Khun (20B).

Linguistically speaking, Meheyong is derived from the Pali word Mahiyahgana which means mountains or hills. The name reflects the temple's…

The Nang Talung Shadow Puppet Museum at Suchart Subsin’s house was founded in 1987 by Suchart and his family. There…