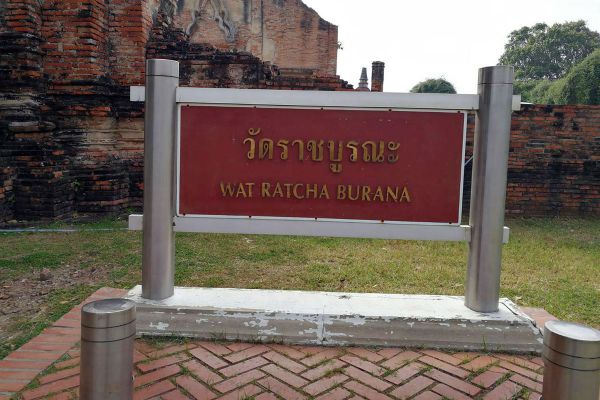 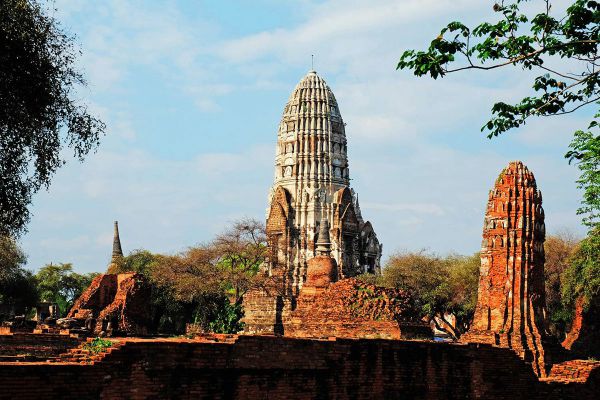 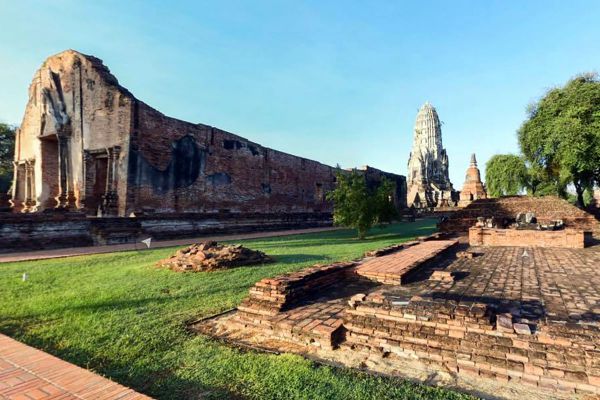 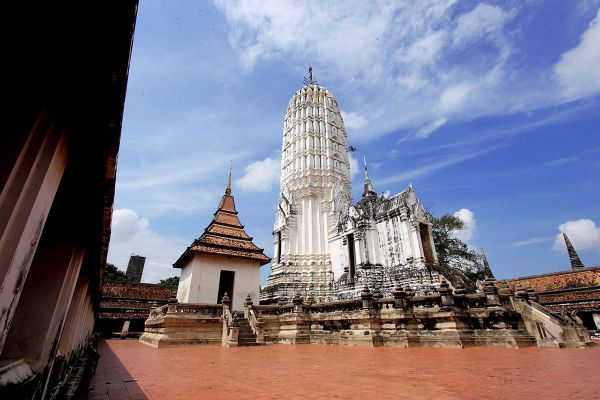 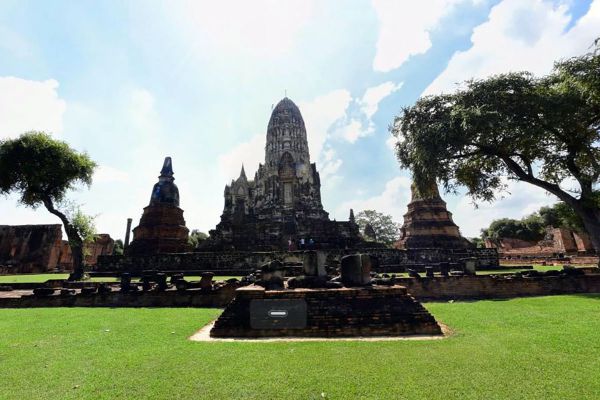 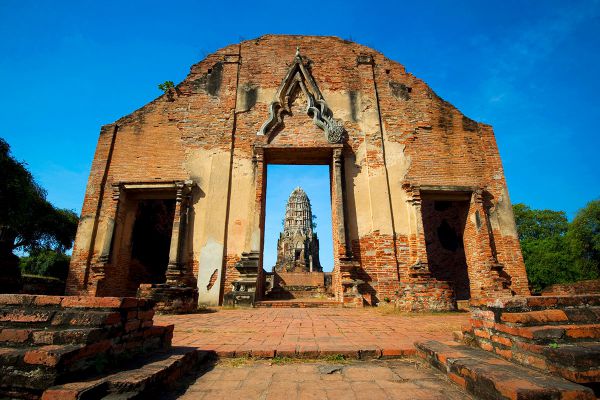 King Borom Rachathirat II (Chao Sam Phraya) built a temple on the site where his two elder brothers were cremated. His two brothers died in a power struggle to succeed their father, King Nakhon In who died in 1424. A series of bell-shaped chedis surround the main prang and a large oblong-shaped viharn is situated at the front.

According to the Royal Chronicles, it was constructed in 1424 during the reign of Somdet Phra Borommaracha II, commonly known as Chao Sam Phraya, on the royal cremation site of Chao Ai Phraya and Chao Yi Phraya. Somdet Phra Borommaracha II had 2 memorial pagodas built on the location where both of his elder brothers fought each other to the death on elephants’ backs, and named the pagodas after his borthers’ names-Chedi Chao Ai Phraya and Chedi Chao Yi Phraya.

The highlight of Wat Ratchaburana is the crypt where tremendous treasures were stored. In the year 1956-1957, looters smuggled through the Prang and plundered a considerable amount of valuables, especially votive tablets made of tin and lead. In September 1957, the Fine Arts Department officially excavated and restored the crypt of Wat Ratchaburana. To their surprise, they uncovered the relics of the Lord Buddha, swords, crowns, golden attires, Buddha images made of gold and copper alloy, royal regalia and a few hundred thousands of votive tablets. Later the Fine Arts Department allowed collectors to purchase these recuperated sacred items, and the proceeds from the sale were meant to build Chao Sam Phraya National Museum. The museum was founded on the occasion that His Majesty the King and Her Majesty the Queen paid a visit to admire the invaluable artifacts excavated from the crypt. The museum is situated in Pratu Chai subdistrict, Pridi Banomyong Road. All the recuperated treasures are stored in Ratchaburana Room inside the museum.

Wat Phra That Khao Noi is located on the top of Khao Noi hill, two kilometers west of the town.…

Known locally as Wat Tam (Cave Temple), Wat Suwan Kuha is inside a limestone mountain, Suwan Kuha. This is a…

Emerald Pool (Sra Morakot) in Krabi province is one of our top suggestions for things you should do in Krabi,…