Wat Phrathat Khao Noi is situated at Tambon Chai Sathan. The Buddha relic is enshrined in the chedi on the summit of Khao Noi on the western side of Nan town on a similar route as Wat Phaya Wat at Km. 2. It was constructed during the reign of Chaopu Khaeng in 1487. 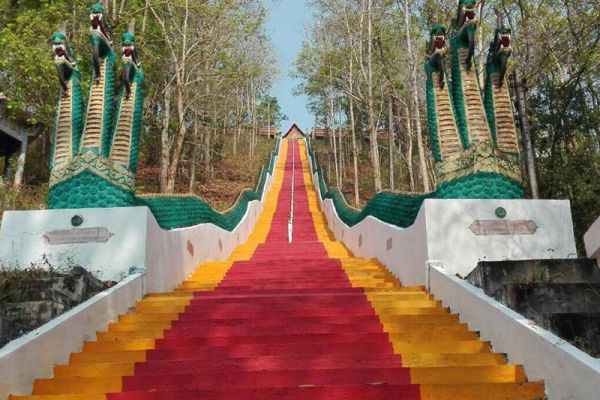 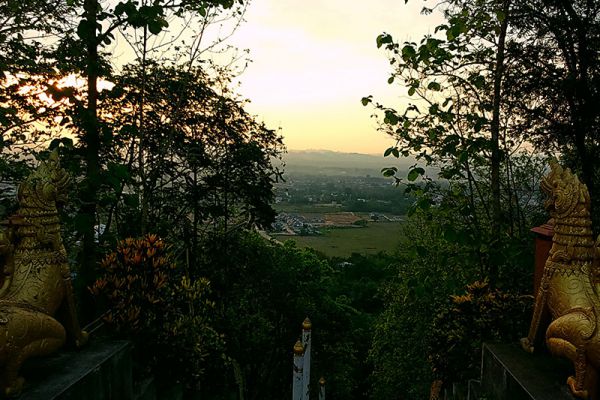 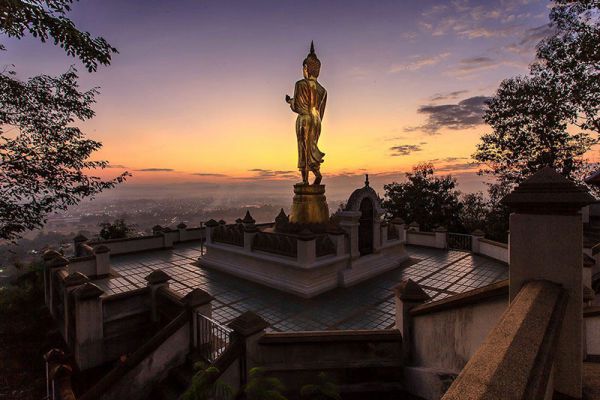 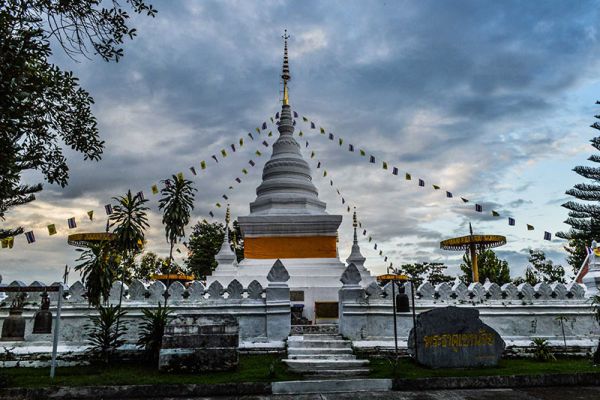 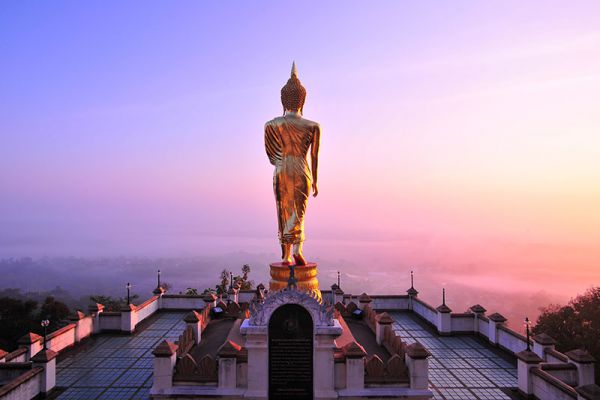 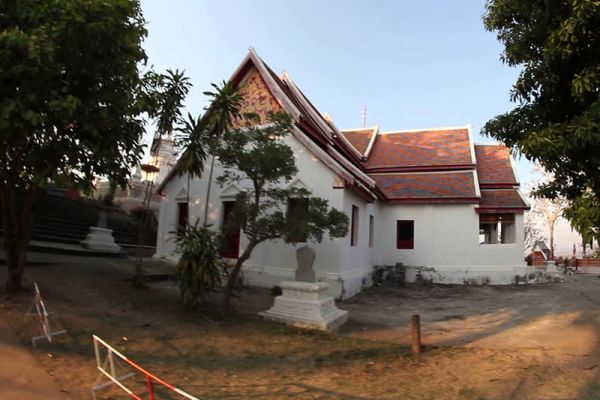 The Phrathat is a chedi made of bricks and cement reflecting a combination of Burmese and Lanna arts. It contains Buddha’s hair and was under major renovation during the reign of Phrachao Suriyaphong Pharitdet during 1906 – 1911 by Burmese craftsmen. The wihan was constructed during this similar period as well. From Wat Phrathat Khao Noi, the surrounding scenery of Nan can be seen.

At present, at the viewpoint spot is “Phra Phuttha Maha Udom Mongkhon Nanthaburi Si Nan”, a 9-metre Buddha image in the giving blessing posture on a lotus base. The head finial of the image was made of gold with a total weight of 27 Baht. It was cast on the auspicious occasion of His Majesty the King’s 6th Cycle Birthday Anniversary on 5 December, 1999.