Wat Phrathat Ha Duang is in Ban Sun Doi Vieng, Tambol Lhee, Amphoe Lhee, Lamphun. The location is believed to be an ancient city called “Vieng Kao Lhee” because ancient walls and canals are found there. The iconic attraction of the temple is the 5 pagodas. The legend has it that Queen Chammathevi of Hariphunchai had spotted the light from 5 crystals that were floating in the air. When it came to her realization that the crystals were the scurf of Lord Buddha that had fell onto the ground when he washed his hands, she had 5 pagodas constructed out of her faith. 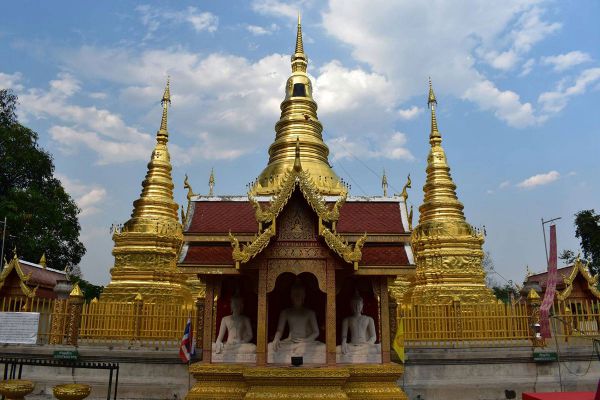 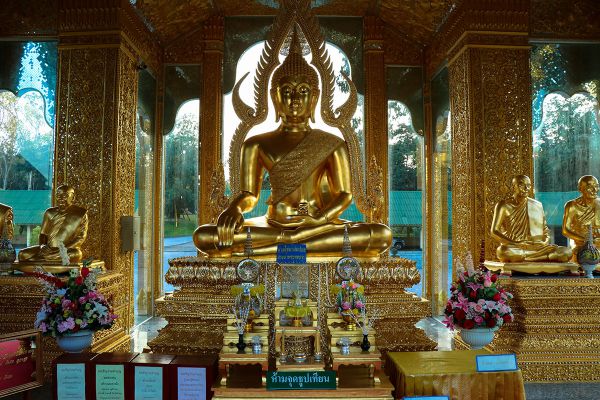 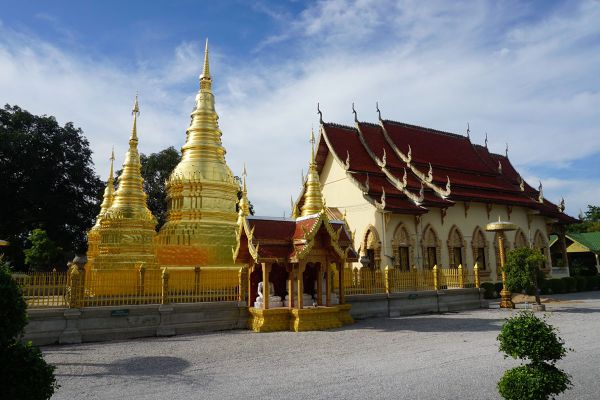 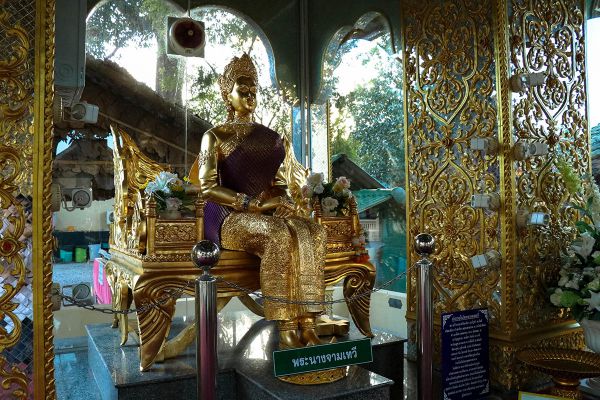 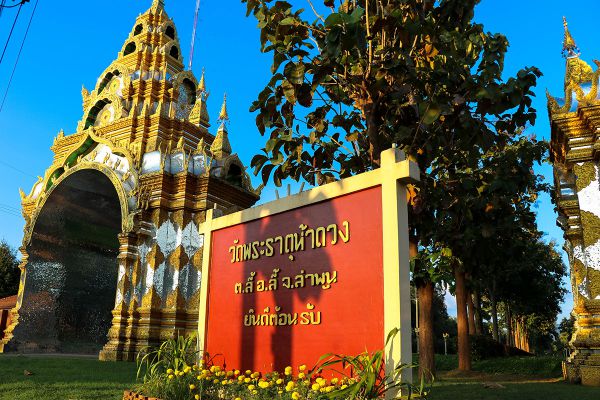 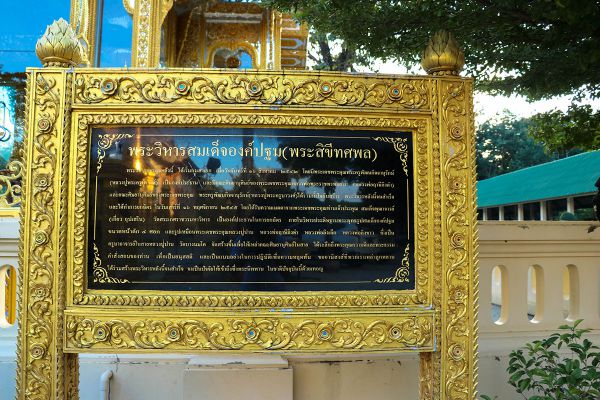 Considered as one of the finest temples in the province, Wat Phra That Ha Duang possesses many stunning architecture. The gate is an arch gate decorated with beautiful mirrors. In the temple compound, apart from the 5 pagodas, the most outstanding building is the vihara called “Vihara Kao Kruba,” decorated with golden mural paintings and located near the parking lot.

Another must-visit spot in the temple is the ubosot. Hidden among the tranquil area of the temple, the ubosot houses an elegant Buddha image which is placed on a beautiful golden base. The mural paintings inside are so delicately painted that words cannot even describe the beauty. Witness with your own eyes and you will know how impressive they are.

Visitors can get there from Lamphun city via Highway No. 106 called Lamphun – Lhee for 105 kilometers. When arriving in Lhee, drive further for about 2 kilometers and you will find the temple. Wat Phra That Ha Duang opens every day from 8.30 a.m. to 4.30 p.m. 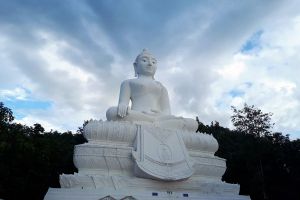 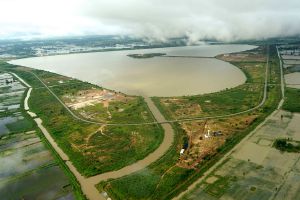