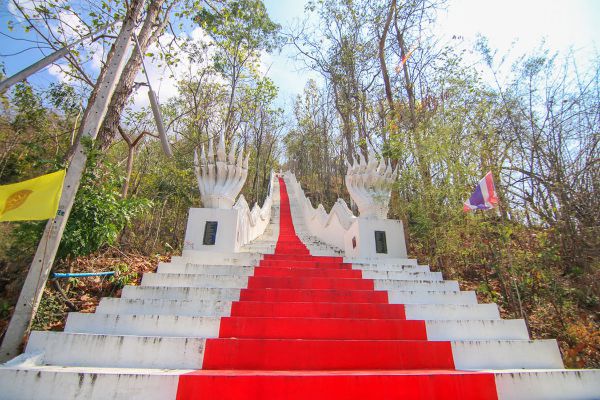 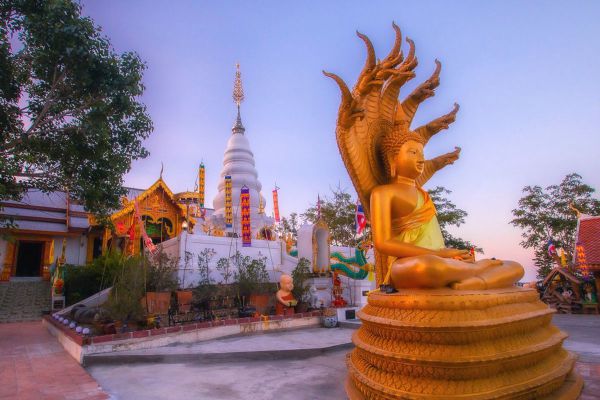 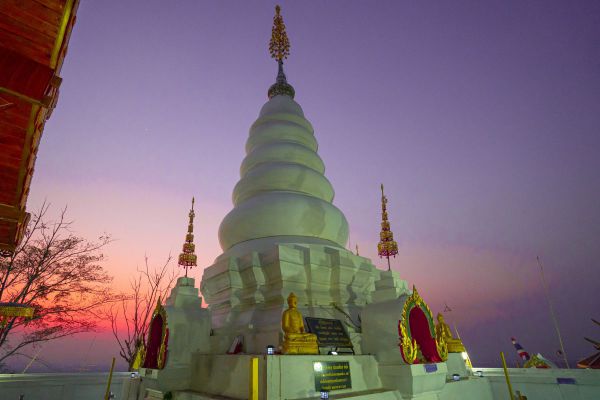 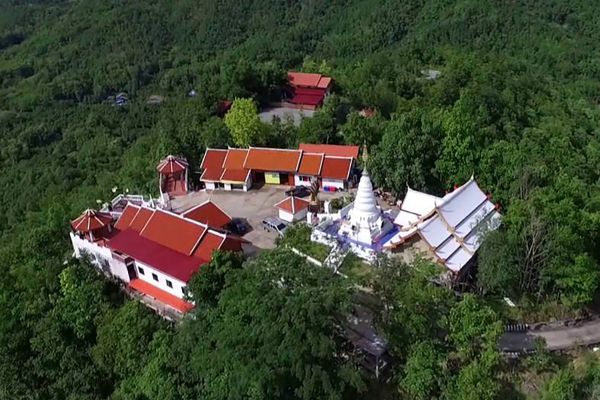 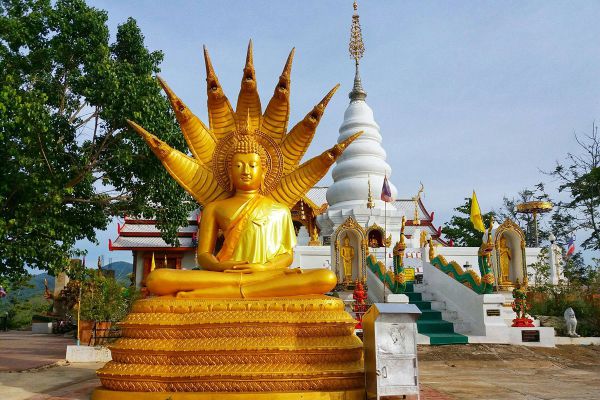 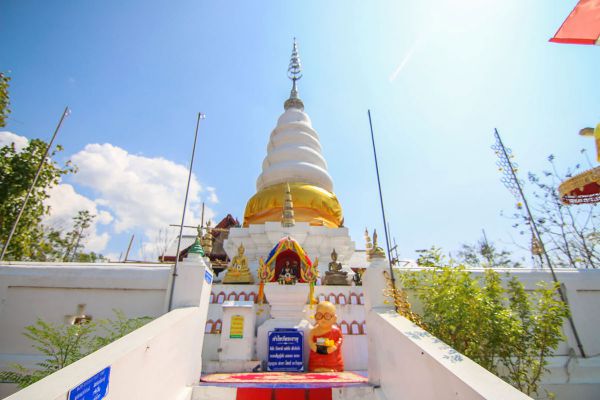 According to old local people, Buddha came to visit a mountain at the southern part of Doi Tha Chakka Banphot. He arrived at dawn so that place was called Phrathat Chom Chaeng. Then he went via northern direction to Doi Tha Chakka Banphot and stayed here. Khun Luah Ai Gom, an attendant, gave the hair of Buddha which has become Phrathat Cho Hae nowadays. Then Buddha went to a mountain situated at southeastern direction which is higher than other mountains in Ko Sai City. He looked around (which is called “Leng Por” in northern dialect) and this has been used as the name of Phrathat Doi Leng nowadays.

A small pagoda was repaired. It is 5 meters wide and 11 meters tall. It is the monument to remind that once Buddha has been here. It is therefore one of the important Buddhist places in Prae. It has been continuously repaired. The ceremony of praying to Phrathat Cho Hae Muang Prae Hae Tung Luang is in the 4th southern month (the 6th northern month). People will go to visit Phrathat Doi Leng to show respect to Buddha. This ceremony is called “Prapenee Kuen Doi Leng”. Local government takes part of development and arranges this activity on order to preserve the tradition of Prae. Visitors can go to visit Phrathat Doi Leng and appreciate the beauty of nature, forest, and Prae city. Walking and driving car are both available to visit Phrathat Doi Leng since the road has been repaired. 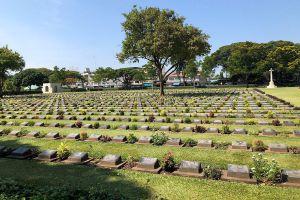 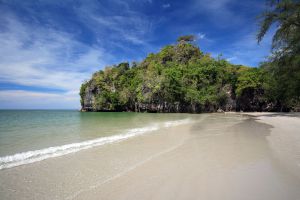