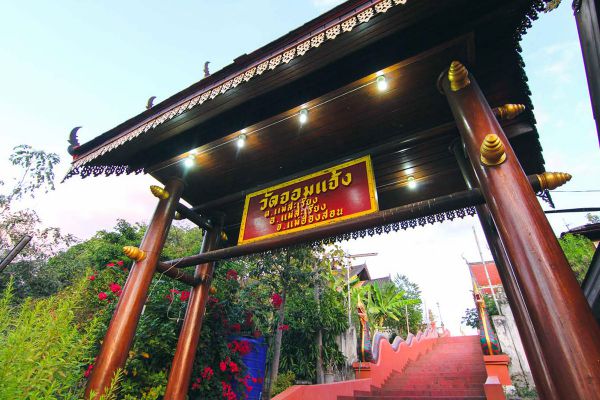 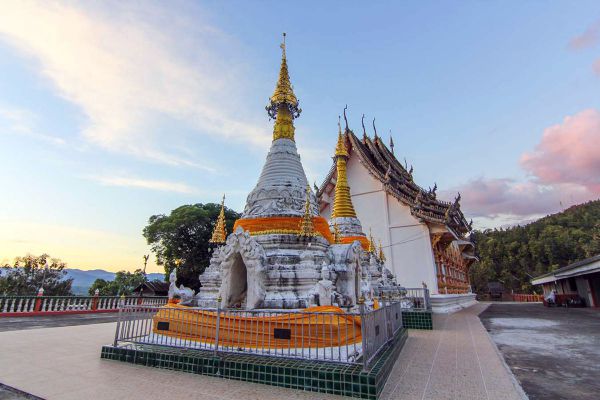 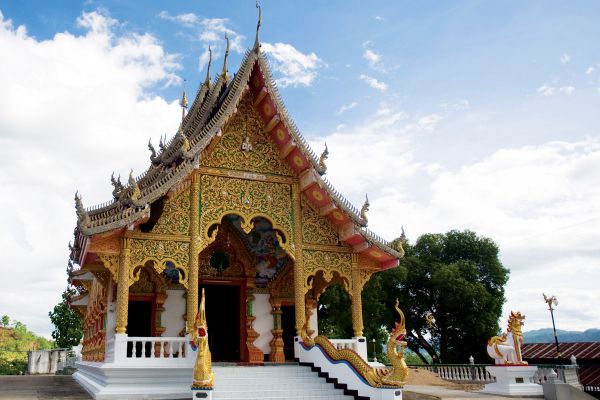 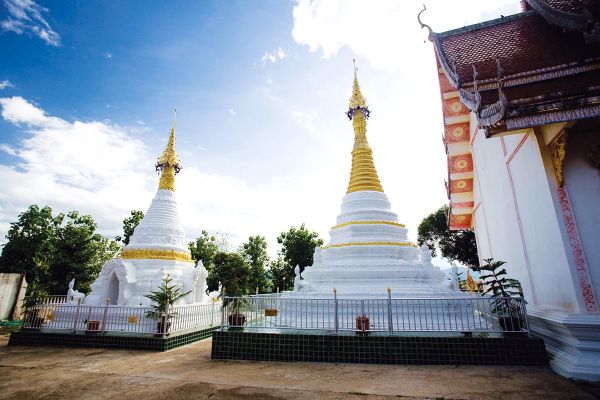 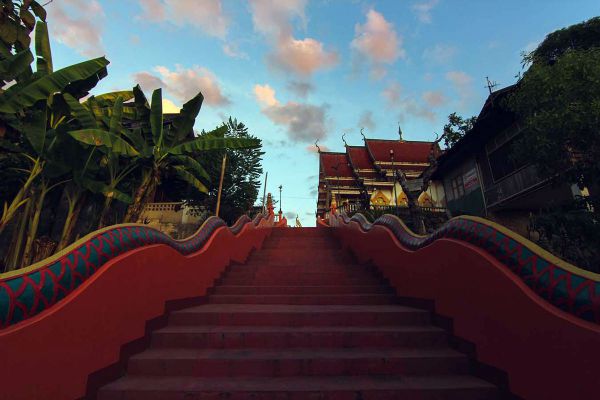 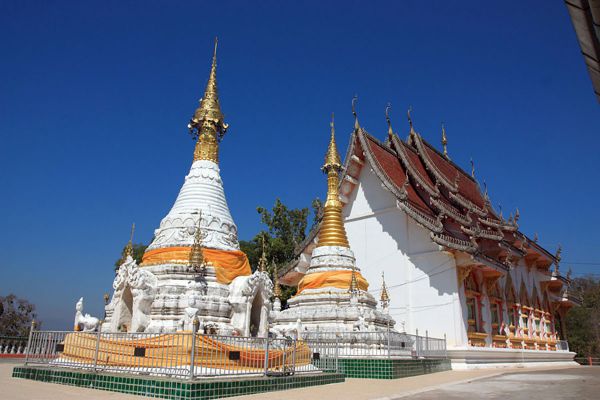 Wat Chom Chaeng is a Lanna temple with a mixture of architectural styles. The outstanding sight of the temple, Phrathat Chom Chaeng, is highly revered by Mae Sariang people. At the temple, visitors can overlook the scenery of Mae Sariang District, especially watching the view of sunset. Towards the east, there is a rural scene of rice fields and people’s houses. The temple houses Phrathat Chom Chaeng, a pagoda enshrining holy relics of Lord Buddha’s hair. It was built by four hermits who are brothers during approximately 1000 B.E. to be the place where people of Yuam city come and pay respect and to protect the city from harm. Moreover, inside the Ubosot houses the statue of Prince Siddhartha, standing in front of the principle Buddha image wearing royal attire. Mural paintings inside the Ubosot depict the story of Vessantara and the life of Lord Buddha. Phrathat Chom Chaeng itself is located outside the hall. It stands on a stone base which has a handprint of “Ta” or “Khruba Chai Ya Wong Sa” where visitors can come and pay respect.

In fact, there are several Phrathat Chom Chaeng in Thailand such as one in Phrae Province and even one in Burma. The temple opens daily including holidays. Therefore, it is a perfect destination to spend time with family.