Wat Phrathat Chang Kham Worawihan is on Suriyaphong Road, opposite the Nan Municipality Office. It was previously called “Wat Luang” or “Wat Luang Klang Wiang”, constructed during the reign of Chaopu Khaeng in 1406. 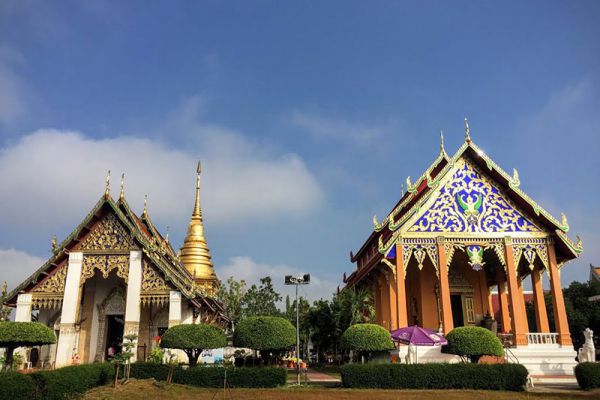 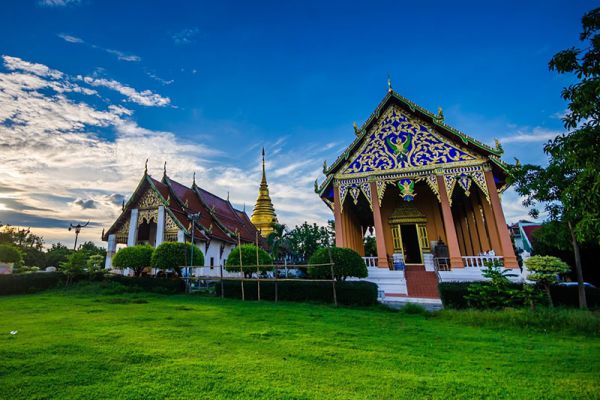 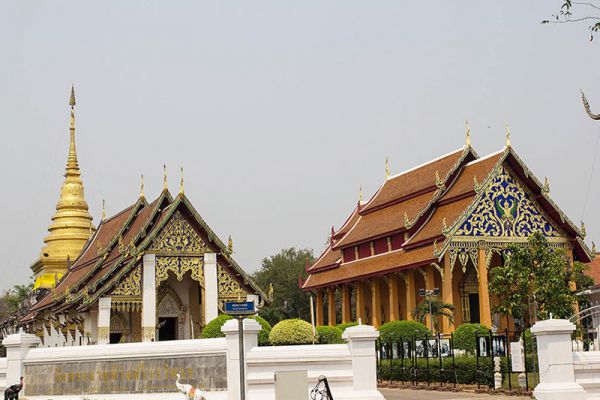 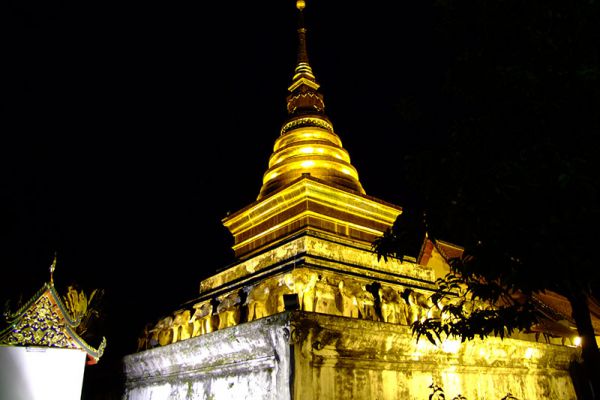 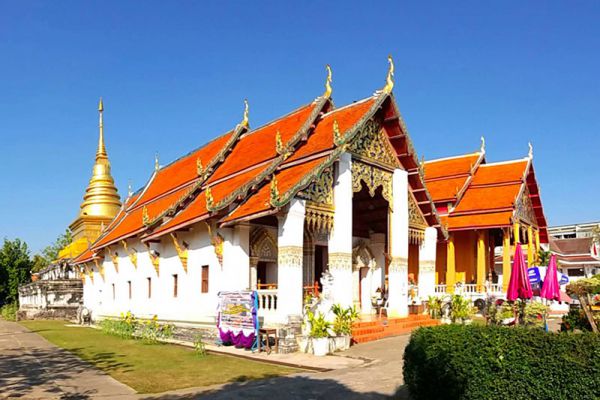 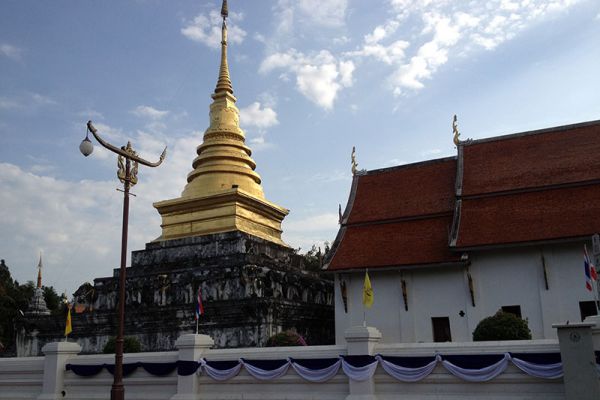 It is a royal temple within the compound of Nan town for the ruler to conduct Buddhist ceremonies and the Oath of Allegiance Ceremony in accordance with the 74th stone inscription which was discovered within the temple. The inscription mentioned that Phaya Phonlathep Ruechai, a Nan ruler renovated the main wihan in 1548.

The architectural characteristics of the temple reflect the influence of the Sukhothai arts such as the chedi in the Lankan style (a bell shape) whose base is surrounded by sculptures of the front half of elephants made of bricks and cement. Five elephant sculptures are on each side and 1 at every corner. It looks as though they use their back to support or “Kham” the chedi, similar to the characteristic at Wat Chang Lom in Sukhothai province. Within the wihan, “Phra Phuttha Nanthaburi Si Sakkayamuni” is enshrined. It is a bronze Buddha image, with 65% pure gold, in the posture of forgiveness with a height of 145 centimetres. It is aged around the 14th century or during the late Sukhothai Period. The main Buddha image is very beautiful and large. It was made of lime, representing the Chiang Saen style of art and the skills of Nan craftsmanship.