Wat Phra Thong is a popular attraction for both visitors and local residents. Located in the temple is the upper half of a large Buddha statue which seems to emerge from the ground. Legend has it that during the invasion of Thalang town in 1785, the Burmese made several attempts to excavate the statue in Order to take it back to Burma. Each time they dug into the ground, swarms of hornets would swoop on them and they had to give up in the end. Later, the visible part of the statue was covered with gold by the villagers and has remained as such until today. The temple is located approximately 20 kilometers from Phuket City. Travel along Thepkrasattri Road, upon reaching the Thalang District Office, turn right and proceed directly to the temple. 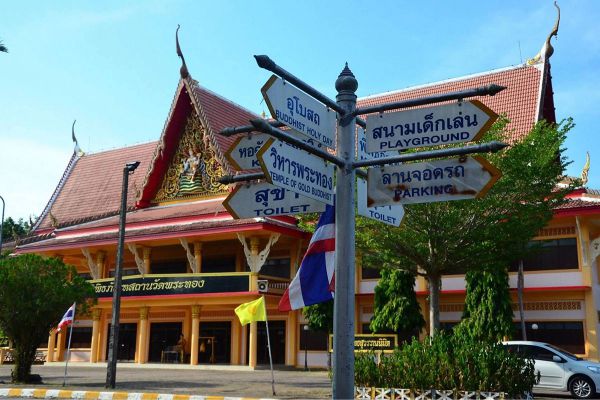 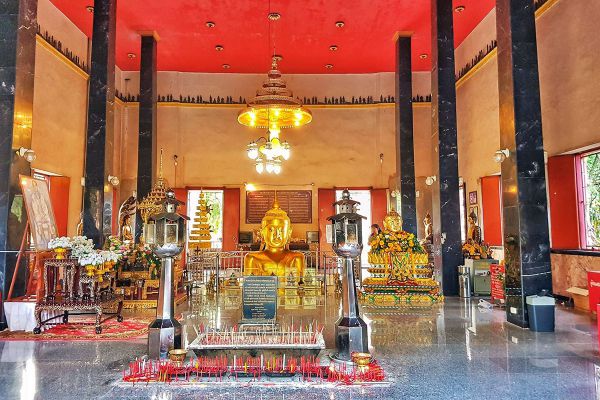 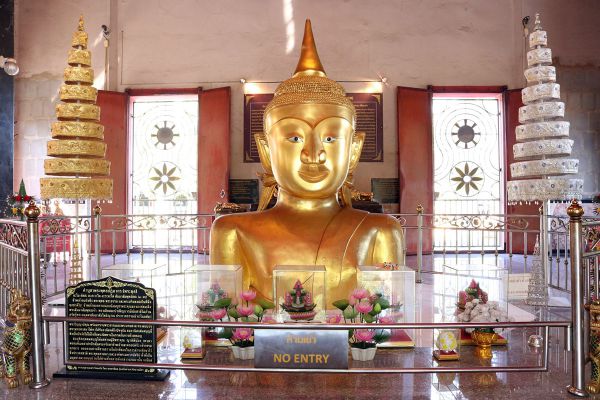 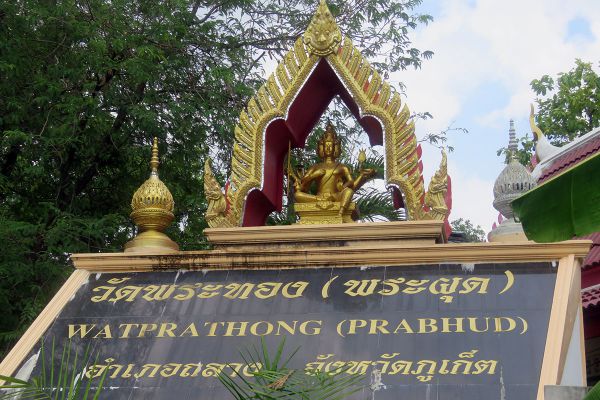 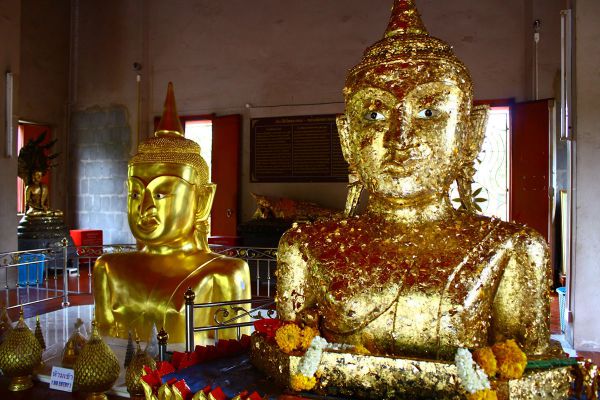 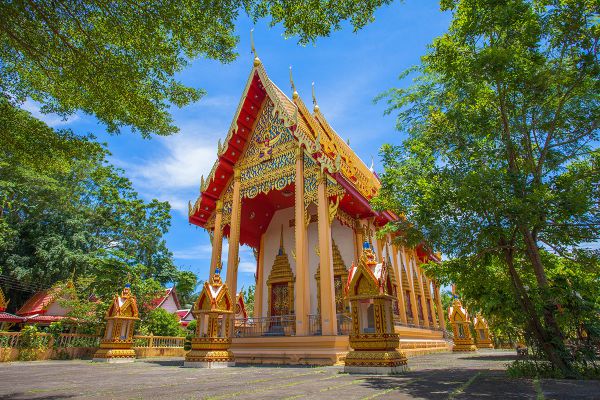 The Temple is a popular attraction for both local residents who come to pray and visitors who visit to see a large Buddha statue which only shows its upper half as if it emerges from the ground. There are several myths about the Buddha statue, been told in several styles, but all contains one main concept that no one could ever dig up this Buddha statue so people gave up, restored it as it is today, and named the statue Luangpho Phra Phut (“Buddha that emerges from the ground” in Thai).

At the northern tip of Nakhon Si Thammarat is Suan Ta San fish spa, where one can have their feet…

Wat Tha Ka Rong is located on the bank of Chao Phraya River. The ancient temple was established in the…

Wat Phrong Akat (Phra Archan Somchai) is a nice temple located in Chachoengsao, Thailand. It is a temple where the…