Wat Phra Phutthachai is located at the foothill of Khao Phuttachai (Phuttachai mountain), in Amphoe Muang Saraburi. The temple enshrined Phra Phuttachai or Lord Buddha’s footprint on the stone at the cliff. The Buddha’s footprint is covered by an ornate mondop. According to the legend, it was discovered in the reign of Phra Chao Songtham, the king of Ayutthaya. He sent out order to search for Lord Budda footprints in every corner of the mountains. Then, on this hill, the footprint and Lord Buddha’s mark were found. Phra Chao Songtham therefore built a chedi, and covered the footprint with an elaborate mondop. He also constructed a monastery for Buddhists to come worshipping. 400 years passed, the old mondop was under the renovation, and the reproduced Buddha footprint was removed. Due to the breakage for the restoration, the right Buddha footprint was found under a rough dune. Nowadays, this footprint is enshrined at a small mondop on the top of the mountain. Travellers can take a circuitous way to park their cars up there, and walk a bit further to worship the right footprint of Lord Buddha. Meanwhile, they can also enjoy a terrific panoramic view of villages and mountain ranges around Khao Phuttachai as well. 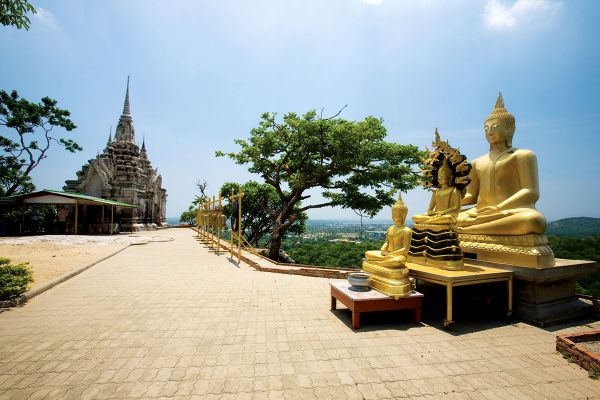 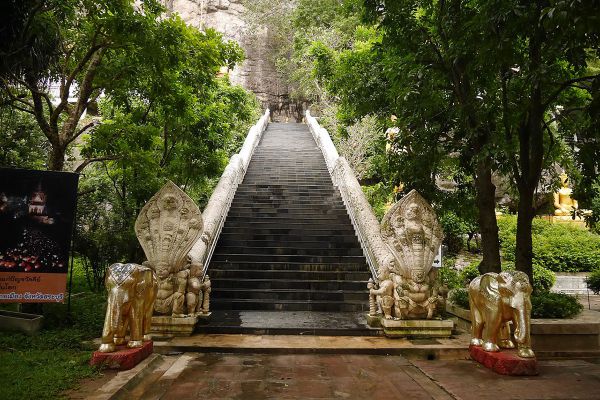 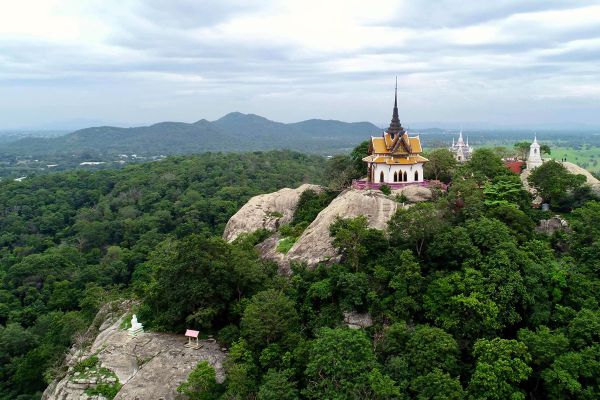 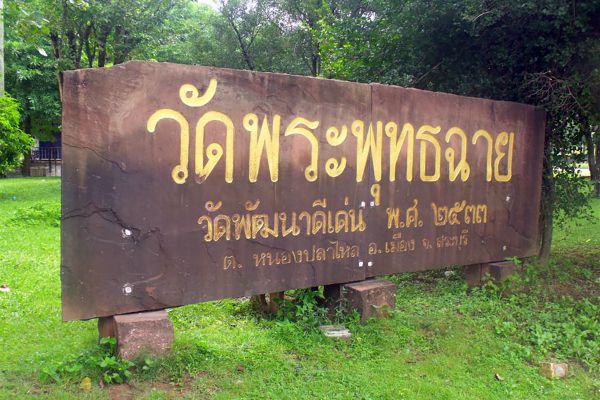 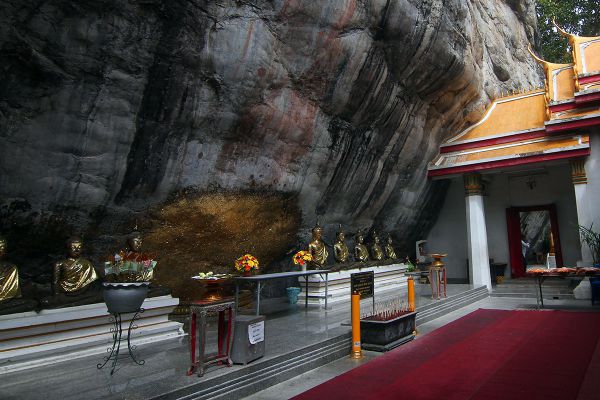 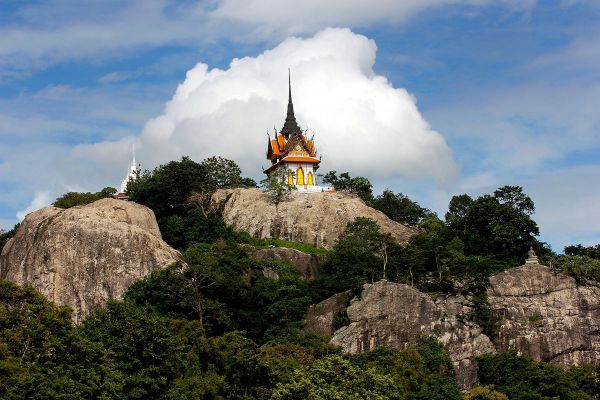 Wat Phra Phuttachai covers a large area at the foothill, it grows shady with leaves of giant trees. Upon arrival at the temple, visitors will see Naga staircase leading to Mondop of Phra Phuttachai. Inside appears a faint mark of Buddha appearance on the cliff. The legend has it that in the past, Lord Buddha came here to save the misconceived huntsmen ‘Kataga’ from sin until he attained Arahat. On the Buddha departure, Kataga monk wanted to accompany him. However, Lord Buddha barred him, and asked him to stay and propagate Buddhism instead. Therefore, Kataga monk asked the Buddha to leave some traces for him to pay homage. Lord Buddha then showed his supernatural power by creating an emblem of himself (Phra Phuttachai) at the cliff. It has been imprinted there until nowadays. Phra Phuttachai has been venerated by a number of Buddhists. They travel to gild the cliff here as an act of worship. Wat Phra Phuttachai has therefore become widely well-known.

At the foothill, there are prehistoric contour line drawings, e.g. deer pictures. Near the door panel to Phra Phuttachai, hand paintings and symbol pictures were found. From the hermit’s cave to the west of Phra Phuttachai, drawings of chickens, Lord Buddha painting, and symbol pictures were discovered. Also, around the cliff of Chulachomklao Royal Military Academy, there is a huge complex drawing, which look like those prehistoric paintings at Pa Tamm, Ubon Ratchathani. It was drawn by amber, and aged about 3,000 years old. The picture is the symbol used for communicating within a same community. It can be the medium for the rituals and belief of people during that time.

Ko Kood is located in the eastern Gulf of Thailand. The island is the largest of the dozen islands administrated…

The wonder of Golden Triangle is the visit to 3 countries; Thailand, Myanmar, and Laos, in one place. It is…