Wat Phra Phutthabat is a first-class royal temple constructed in 1624 during the reign of King Songtham. The highlight of the temple is what is known as the Lord Buddha’s footprint, which had been discovered on a stone slab on Suwan Banphot Hill or Satchaphantha Khiri Hill. The large footprint was discovered during the reign of King Songtham of Ayutthaya, and after analysis, was discovered to have all 108 auspicious characteristics. As a result, the then-king commissioned a temporary Mondop, or outdoor pavilion, to be built to shelter the precious artifact. Since then, the Mondop has been refurbished several times. 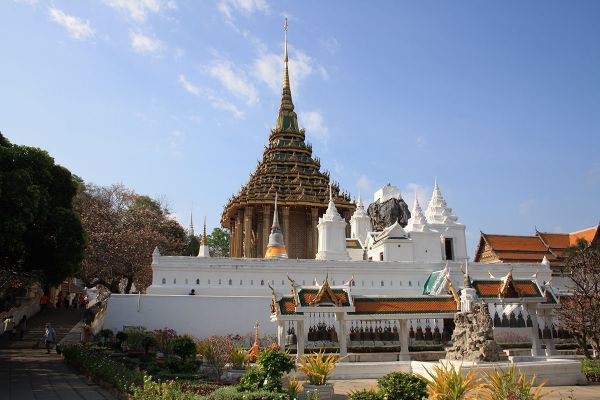 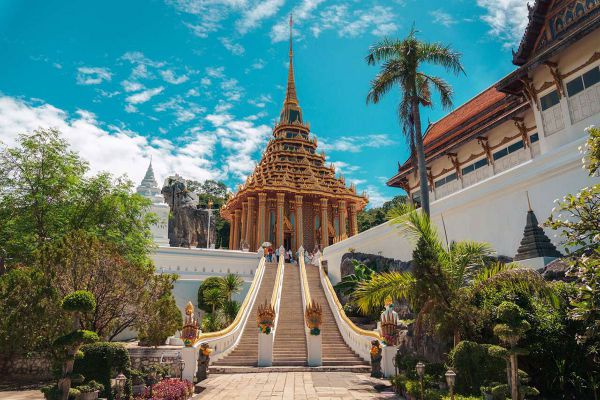 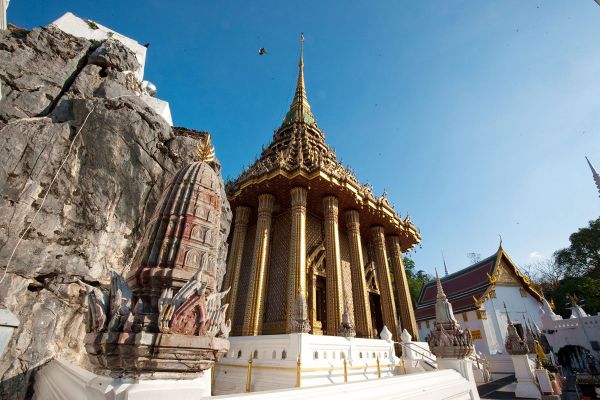 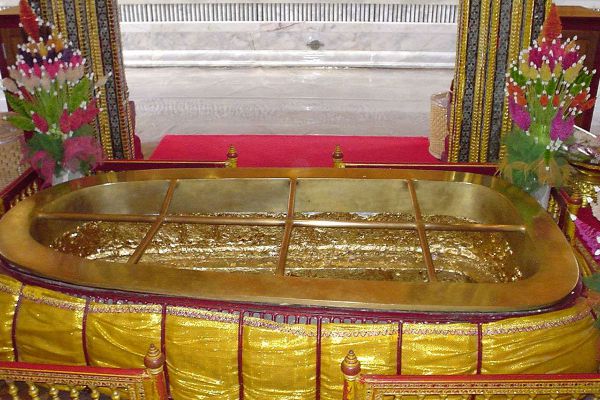 In addition, visitors can also see an inscription by King Rama V, engraved during his visit to pay respect to the Lord Buddha’s footprint.The Mondop itself is a beautiful sight. The square building has a seven-tiered Prasat roof. Each tier is covered with green glazed tiles and decorated with miniature gables. It is supported all around by reddened pillars gilded and inlaid with colored glass. Additional details-mother-of-pearl inlays, gilded walls, bronze Nagas (sea serpents), and prayer bells-make this a sight not to be missed.

The temple compound also holds the Phra Phutthabat National Museum, which displays precious artifacts and artwork from King Songtham’s era. However, it is only open during the Phra Phutthabat Fair which is held twice a year, during the eighth day of the waxing moon until the first day of the waning moon in the third month and the fourth month of the lunar calendar. Admission is 30 baht. The temple is located in Khun Khlon Sub-district, 28 kilometers from the provincial town. Turn left for 1 kilometer before arriving in Phra Phutthabat District.