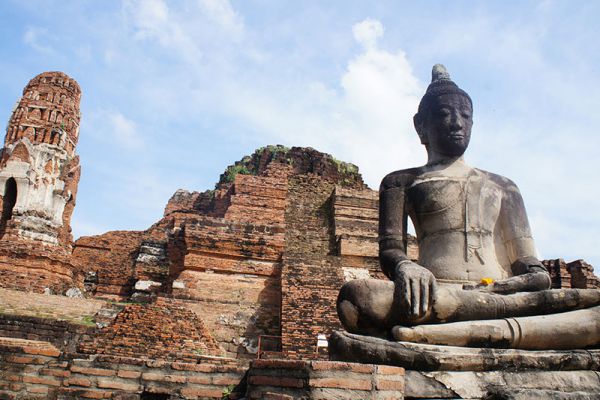 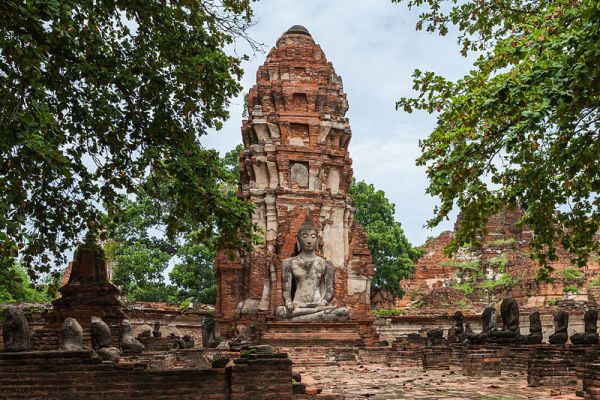 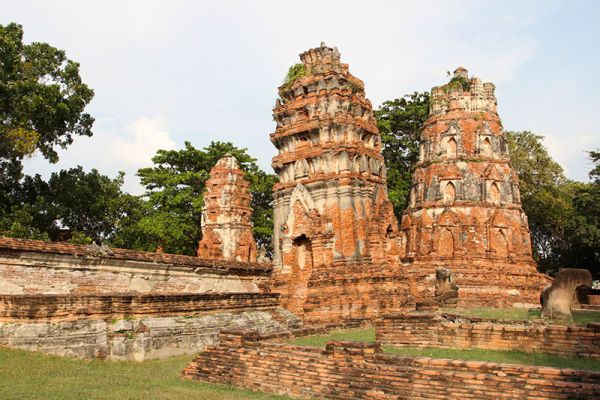 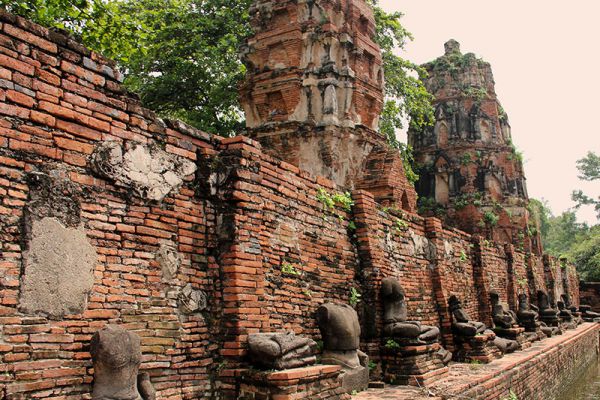 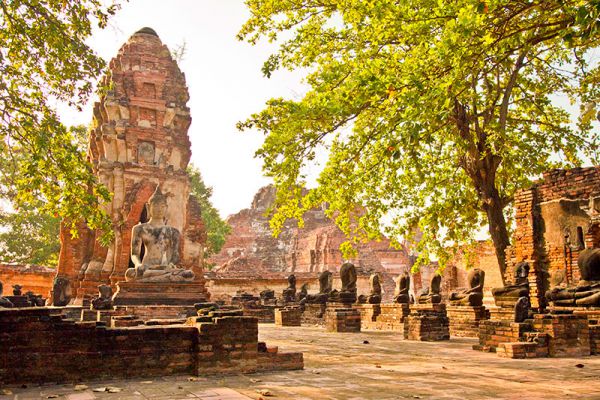 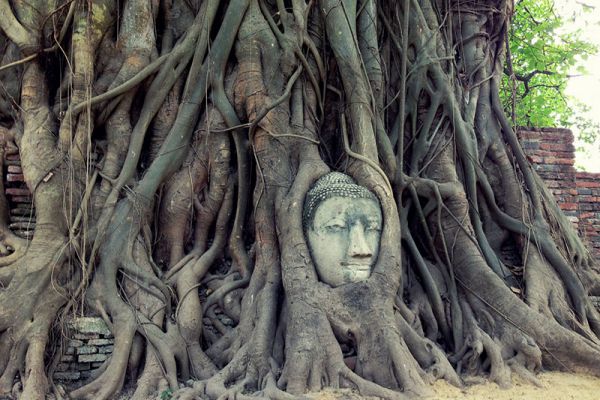 The wat was restored again during the reign of Kin Borommakot (1732-1758) and four porticos were added to the main prang. The Wat was burned during the sacking of Ayutthaya in 1767.

Wat Phra Mahathat, a royal monastery, served as the seat of the Sangaraja, the head of the Buddhist monks of the Kamavasi Sect, since the time of the Mahathera Thammakanlayan who built the Wat. This Wat at one time housed an unusual Buddha image made of green stone and seated on a throne. The image was moved to Wat Naphrameru in the Rattanakosin Period by King Rama III.

The main prang collapsed again around 1911 and looters used the opportunity to dig for treasure. In 1956, the Thailand Fine Arts Department excavated the central area of the prang and recovered relics of the Buddha within a seven-layer reliquary.