Wat Phra Lao Thep Nimit located on the side of Highway No. 2134, Tambon Phana, was built about 1720 during the reign of King Phrachao Thai Sa; formerly named “Wat Si Pho Chayaram Khammawadi” but later changed to “Wat Lao Thep Nimit”. 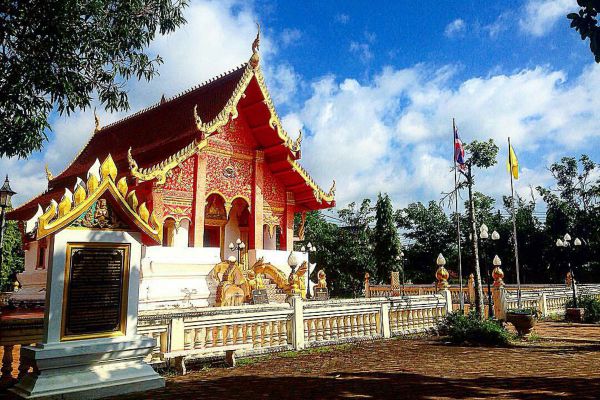 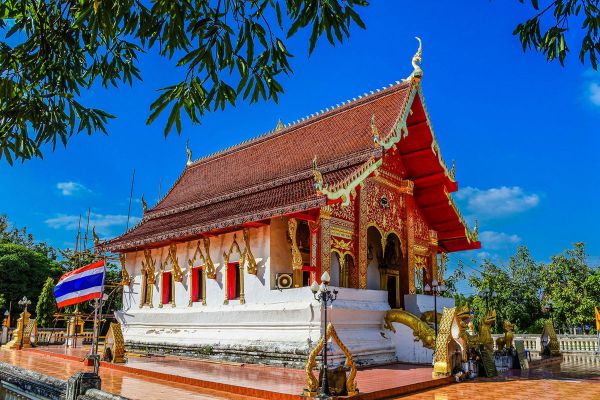 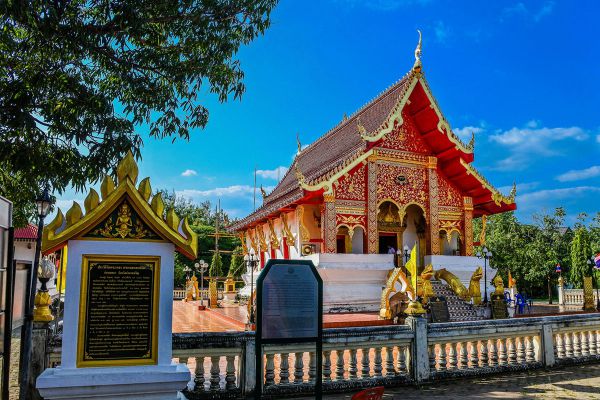 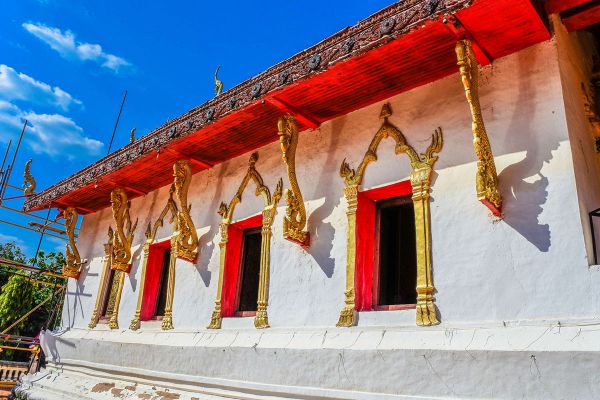 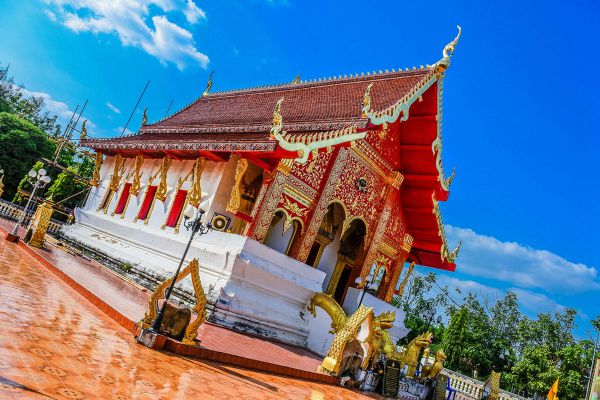 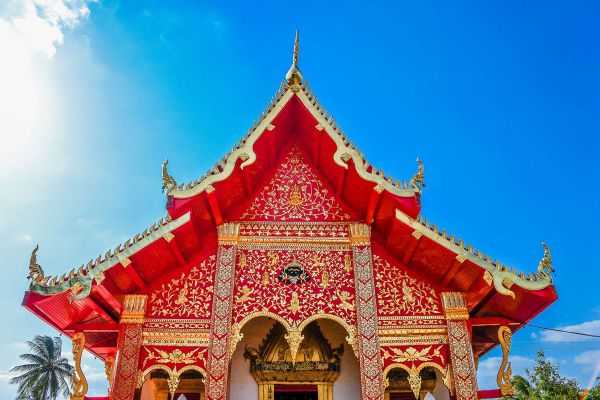 The ubosot of the temple was built in the Lanna architectural style and enshrines a principal Buddha image, Phra Lao Thep Nimit, which is a lacquered and gilded stucco figure in a subduing Mara posture with a measurement of 2.7 metres high and 2.85 metres wide across the lap. The Buddha characteristics were built in the Lan Xang art style under the Vientiane artisan school that was influenced by the Lanna style during the 16th -17th centuries.

However, it was assumed that the Buddha image was built a little while after that period since it showed a lot of local artisan’s influences; for instance, a facial shape, a stretching halo flame, and a proportion of the lap and feet, which were similar to the Buddha’s characteristics in that group of wooden and bronze Buddha images built during the 18th – 19th centuries. Phra Lao Thep Nimit is considered to be the province’s main Buddha image with the most beautiful appearance in the Northeast. 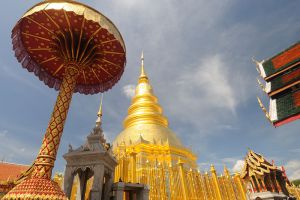 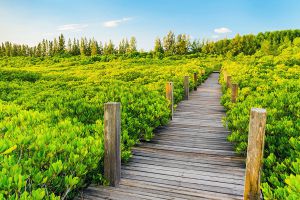