Overlooking the River on the opposite bank from the main city, Wat Phanan Choeng was founded shortly before the establishment of Ayutthaya as the Kingdoms capital. Its main building enshrines a huge, seated Buddha image, that is 57 feet tall an object of particular devotion to Thais of Chinese origin. 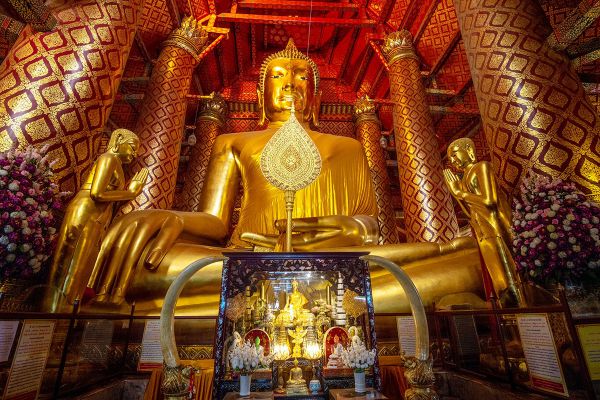 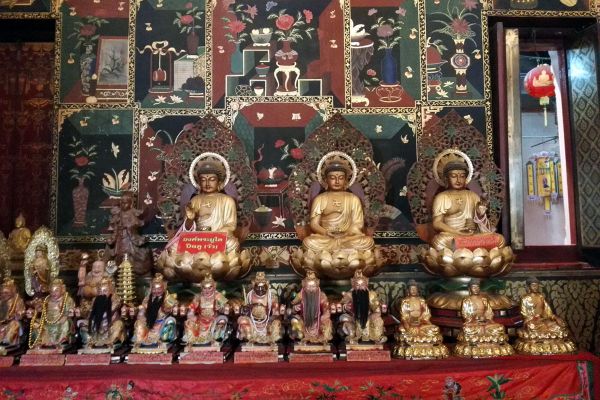 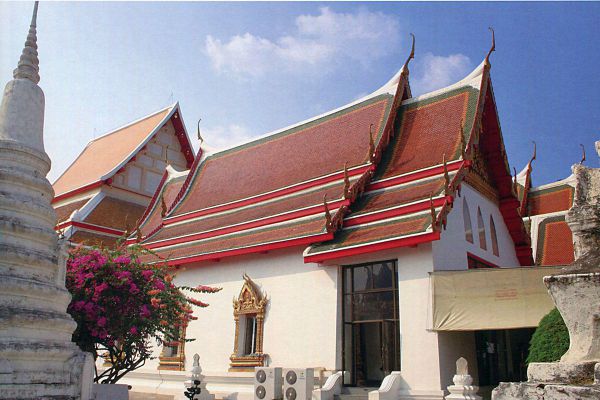 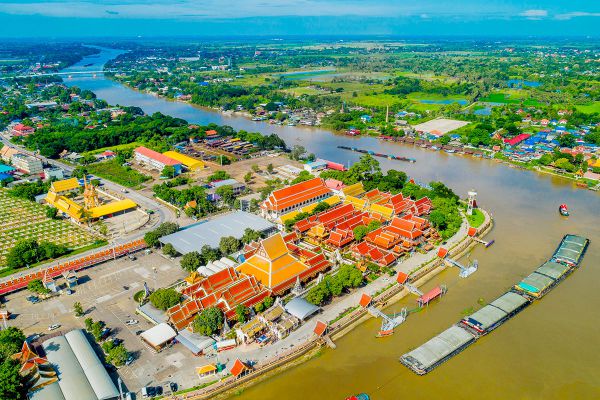 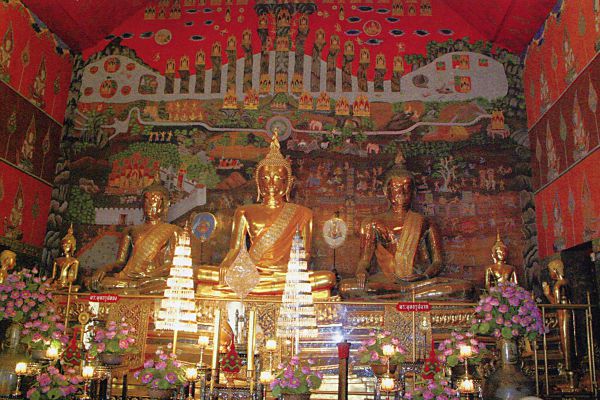 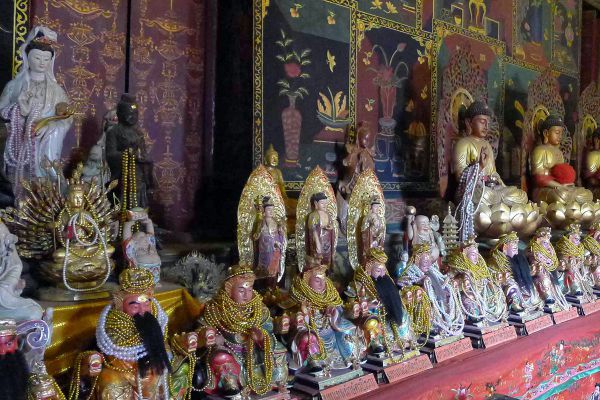 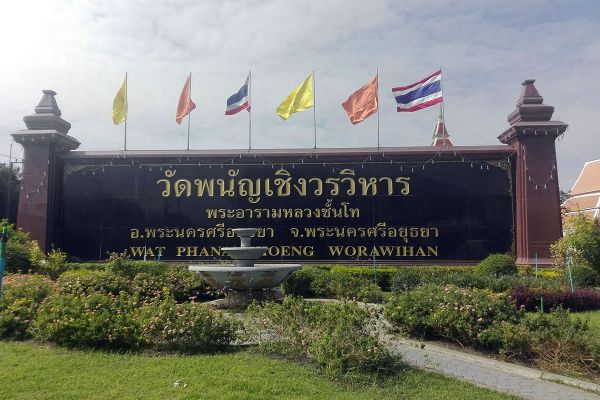 Although Wat Phanan Choeng has been built even before the establishment of Ayutthaya as the capital city, there is no clear record about its founder. According to the Northern Chronicles, Phra Chao Sai Namphung, the ruler of Ayotthaya, had it built at the royal cremation site of Phra Nang Soi Dok Mak and named the temple “Wat Phra Chao Nang Choeng” (or Wat Phra Nang Choeng)The assembly hall (vihara) houses a majestic Buddha image cast in B.E. 1324, 26 years before the establishment of Ayutthaya. This Buddha image was formerly called “Phra Buddha Chao Phanan Choeng”, until King Rama IV renamed it “Phra Buddha Trirattana Nayok”. It was built of stucco in subduing Mara posture and was magnificently lacquered and gilt. In front of the Buddha Image are a talipot fan and 2 statues of disciples made of stucco sitting on its left- and right- hand side. The columns inside the assembly hall were decorated with red painting of Phum Khao Bin pattern. The capitals of the columns were ornamented with stucco multi-petal lotus flowers.

All the 4 walls were indented to make several chambers which enshrine 84,000 small Buddha images. The wooden front doors were craved exquisitely with Kan Khod pattern, a distinctive feature of Ayutthya Art. The ordination hall (ubosot) houses Sukhothai-style Buddha images. Viharn Sien in front of the main assembly hall is a rectangular building whose walls decorated by mural painting. The traditional Thai architectural sermon hall is made of wood. Its pediment was ornamented with a gable apex and ridges. The crossbeam inside was covered with the painting portraying the life of the Lord Buddha. In addition, you will find the shrine of Chao mae Soi Dok Mak, the Chinese architecture enshrining the statue of Chao mae Soi Dok Mak in Chinese costume. The sacred statue is known as “chu-sae-near” and widely worshipped by the Chinese. Admission fee for foreigners is 20 baht and free of charge for Thai visitors.

Wat Phanan Choeng Worawiharn is located in Khlong Suan Plu subdistrict, on the south bank Of Pasak River opposite the main city. From Wat Yai Chai Monkon, make a left turn and keep going for a kilometer, you will find Wat Phanan Choeng on your right.

Si Phang Nga National Park is in Phang Nga Province in southern Thailand, covering the eastern parts of the districts…

The Central Mosque of Pattani is one of the largest and most beautiful mosques in Thailand. Built in 1954, the…