Wat Phai Rong Wua is located at Tambon Bang Ta Then, Amphoe Song Phi Nong, 43 kilometres from the town on the way to Bangkok. It houses the largest metal cast Buddha image of the world called Phra Phutthakhodom, which has a lap width of 10 metres and a height of 26 metres. 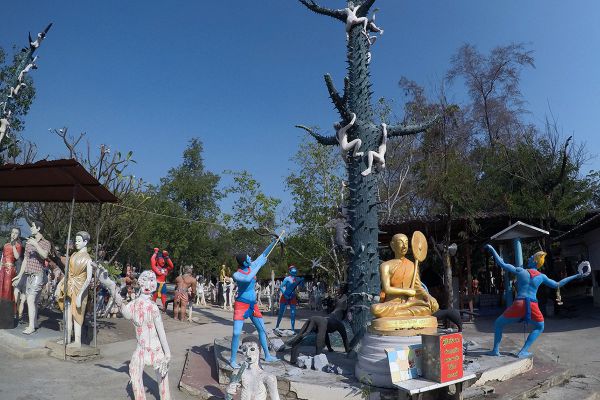 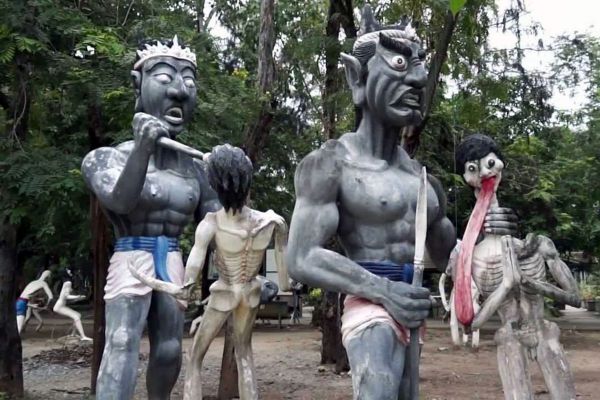 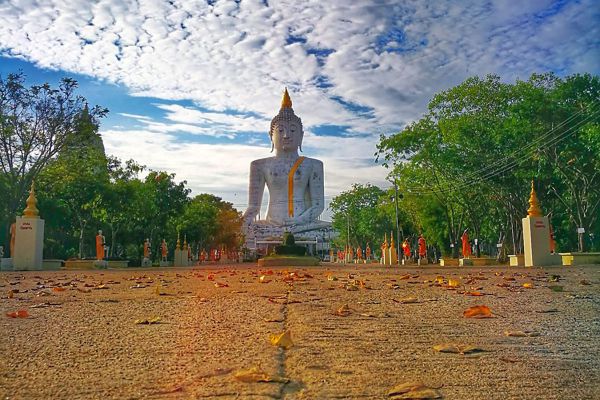 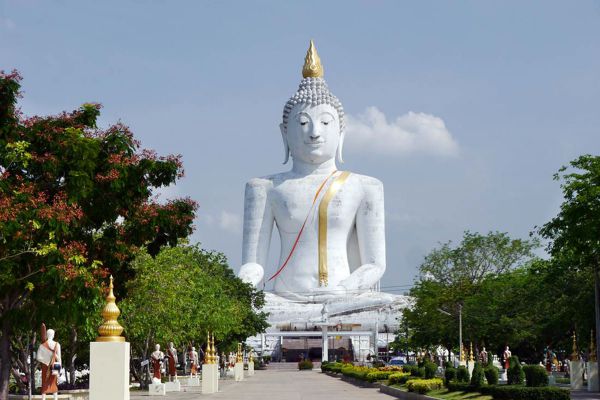 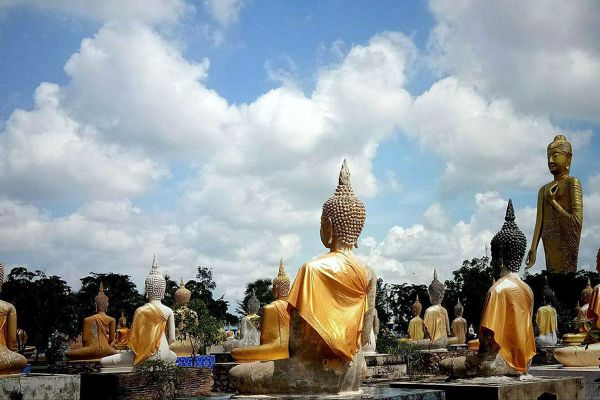 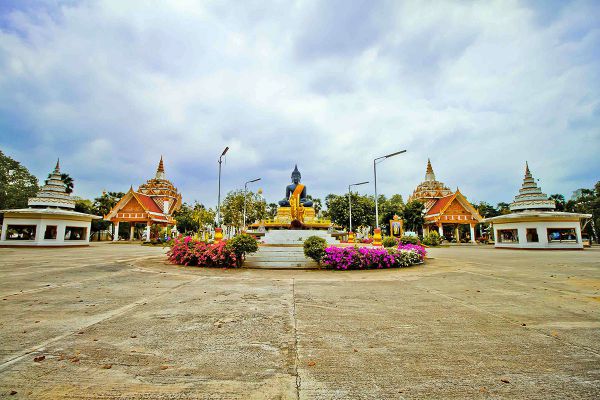 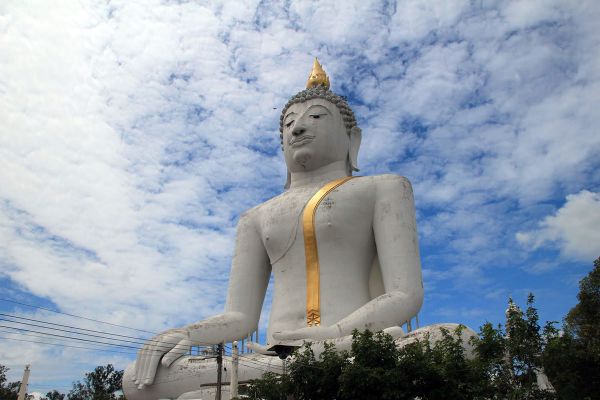 Wat Phai Rong Wua houses many of the world’s largest metal Buddhist objects. It is most famous for housing the largest bronze Buddha image in the world. The statue, called Phra Phutthakhodom, is 10 meters wide at the lap and towers a staggering 26 meters.The Temple has also recreated within its compound locations of significance in the Lord Buddha’s life. These include the places where he was born, reached enlightenment, gave his first sermon, attained nirvana. There are also recreations of Buddhist hell and heaven.

The temple houses the world’s largest cement Buddha image, fronted by the largest gong and alms bowl in the world. There is also the world’s largest bronze multi-spired building, known as PhraWihanRoiYot, and the largest bronze Wheel of the Doctrine, or Dhammachakra.This temple is located at Tambon Bang Ta Then, Amphoe Song Phi Nong, 43 kilometers from the town, en route to Bangkok. To get there, first take Taling Chan-Suphan Buri Road, then turn left towards the temple before Lat Bua Luang T-junction. If taking Highway 3422, the temple is at Km 18-19. The temple is open daily from 8.30 am-5.30 pm.

Wat Neramit Wipatsana in Dan Sai District, Loei Province is situated on a high hill not far from Phra That…

Phuket Trickeye Museum is an interactive museum with a concept that stimulates your creativity and imagination. Enjoying with Phuket 3D…