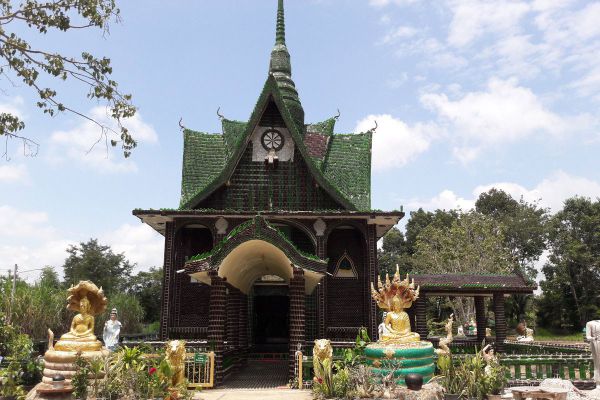 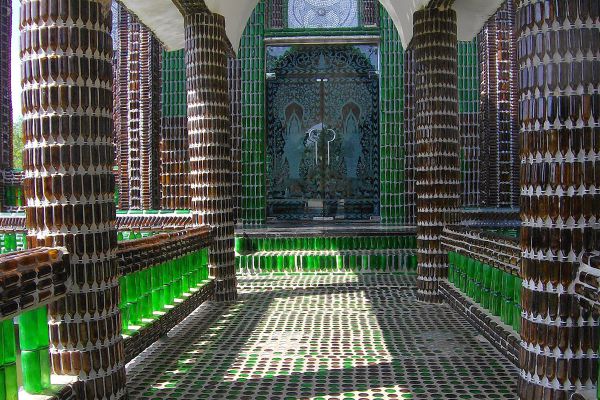 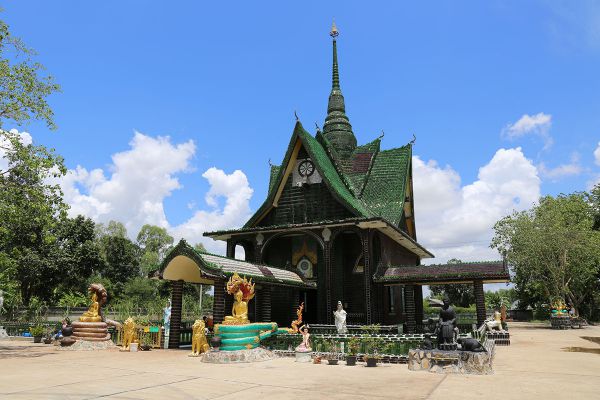 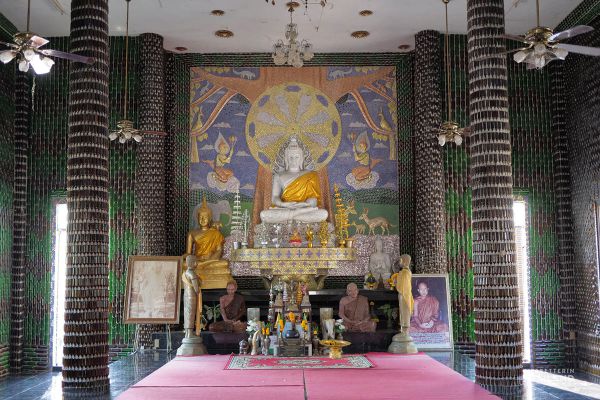 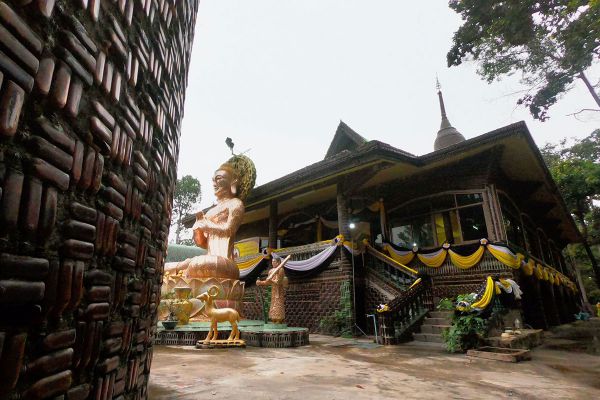 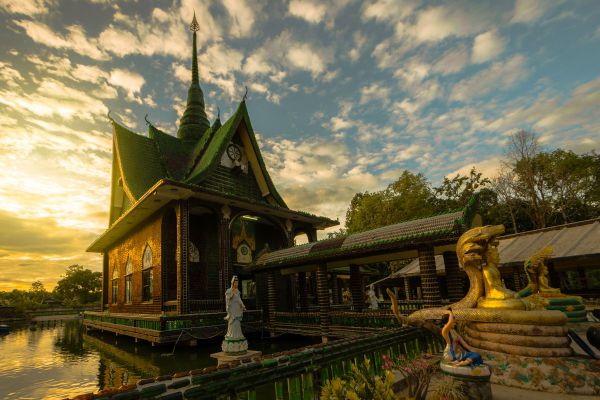 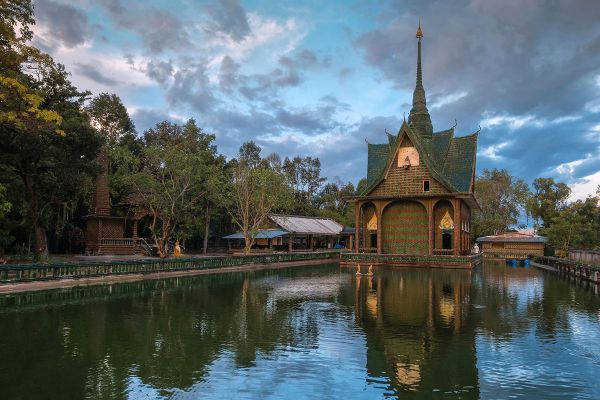 The temple is made of over 1.5 million empty Heineken bottles and Chang beer bottles. Collection of the bottles began in 1984; it took two years to build the main temple. Thereafter, the monks continued to expand the site, and by 2009 some 20 buildings had been similarly constructed.