Located on Malai Maen Road, Tambon Rua Yai, on the western bank of the Suphan Buri River (Tha Chin River), Wat Pa Lelai Worawihan is a royal temple as evident from the royal emblem of King Rama IV on the gable of the wihan. While practising austerity during his monkhood, the king found this temple and had it restored after his succession to the throne. 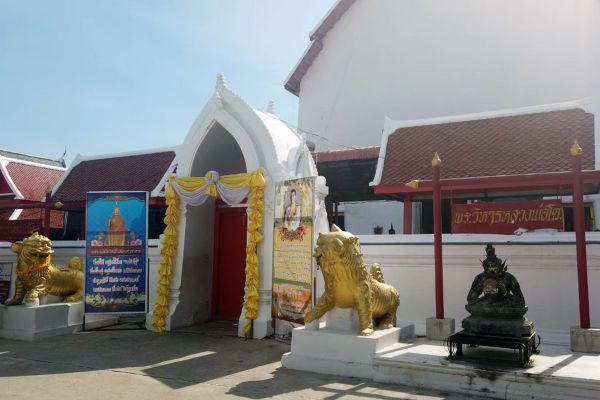 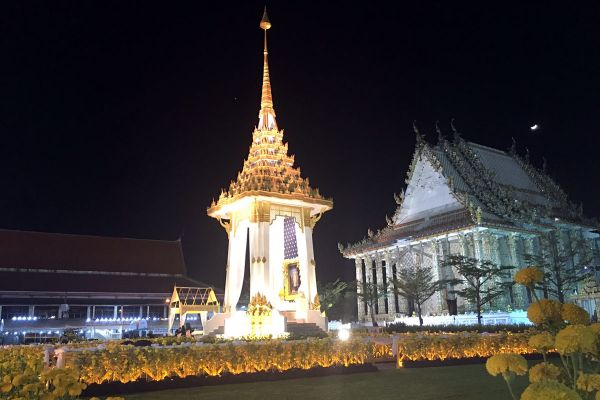 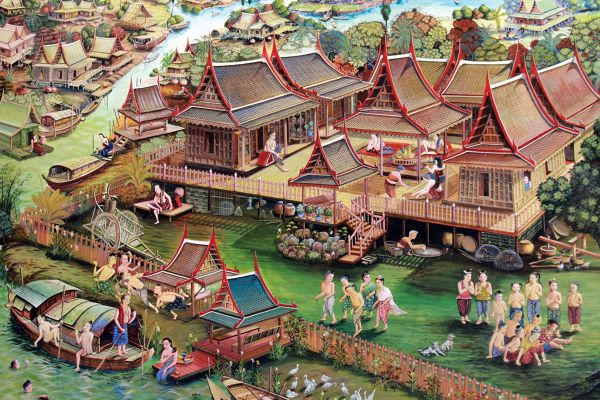 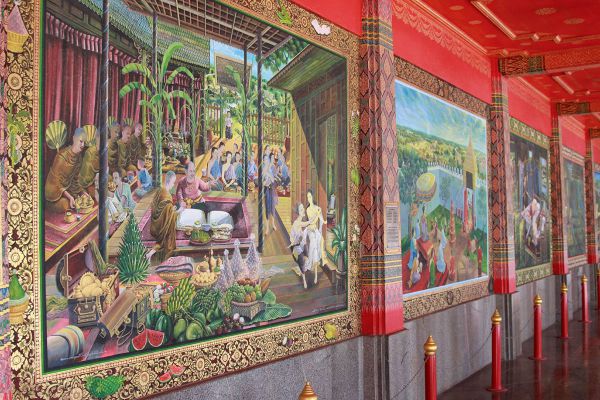 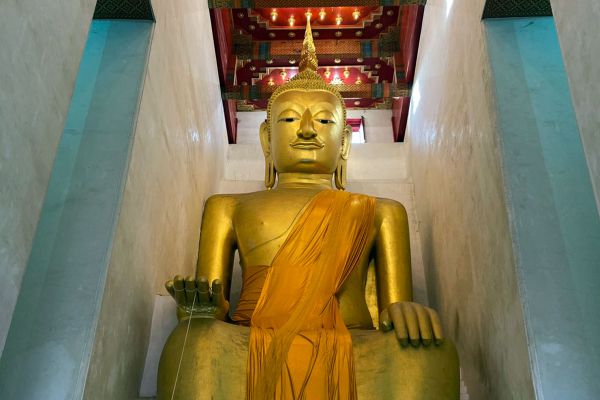 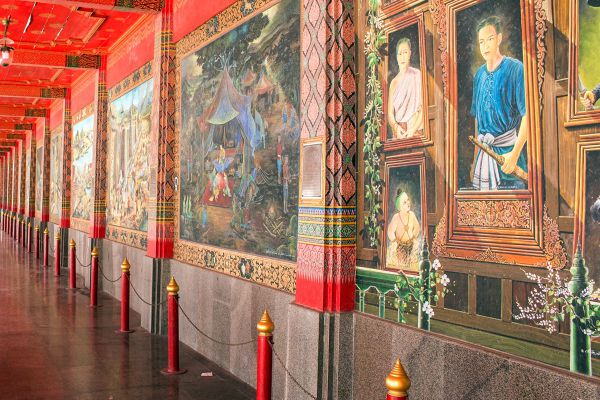 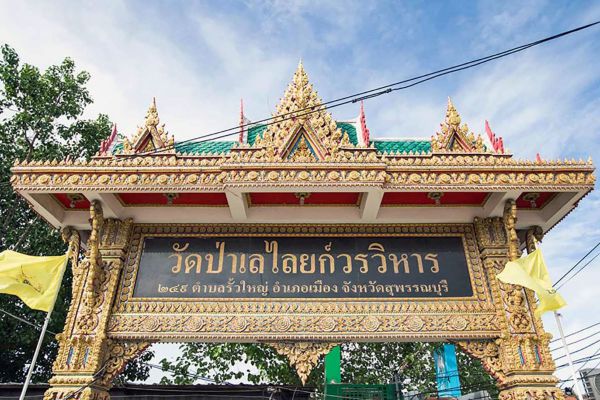 It is surmised that this royal temple was built during the days of glory of the town. The Northern Chronicle says King Katae assigned a young Mon to renovate the temple after the year 1181. A huge Buddha image known as ‘Luangpho To’ in the elegant image hall or Wihan is the centre of faith for Buddhist people. With a height of 23.46 metres, the Buddha image is seated in the European style in the posture known as Palilayaka, accepting offerings from an elephant and a monkey, the art from U Thong Suphannaphum period. Experts said the Buddha image must have formerly been in the gesture of giving the first sermon and built outdoors to be seen from a distance as widely found in the pre and early Ayutthaya periods. The huge Buddha image houses 36 relics of the Lord Buddha. The temple holds big celebrations for the Buddha image twice annually during the 7 th -9 th days of the waxing moon of the 5 th and 12 th lunar months.

Opposite to the temple’s image hall, many shops offer great variety of local souvenirs for tourist’s selection. In the backyard of the temple is a showcase of a traditional Thai house known as ‘Khum Khun Chang’. It is a large group of traditional Thai houses on stilts made of teak, which was built as described in Thai literature ‘Khun Chang-Khun Phaen’. The house exhibits pictures depicting scenes from the literature, as well as old-fashioned equipment, ceramics and furniture.

Wat Worachettharam is a dilapidated Buddhist temple located to the west of the Royal Palace in Ayutthaya. Thought to have…