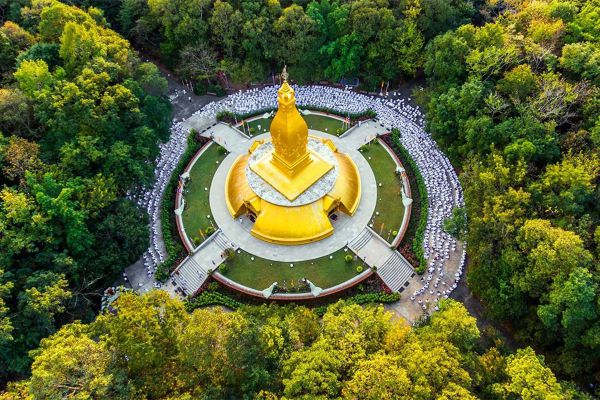 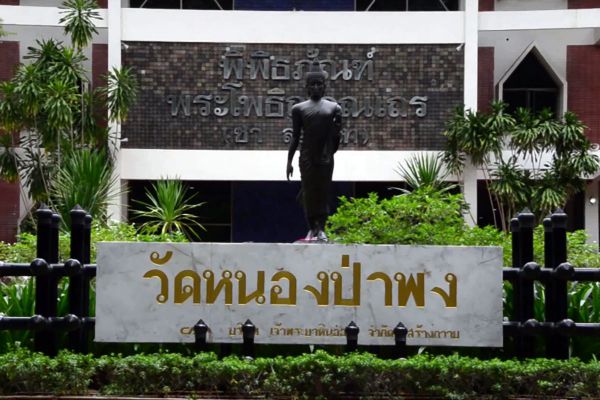 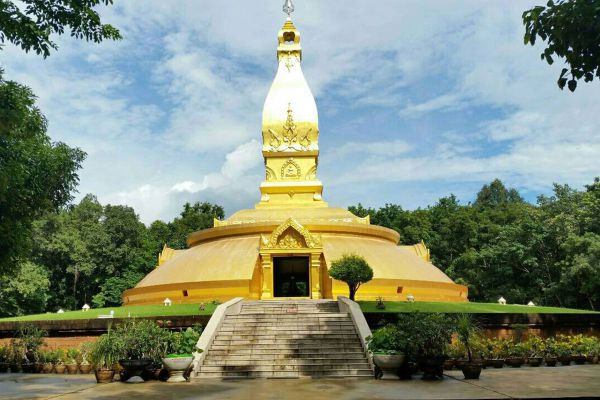 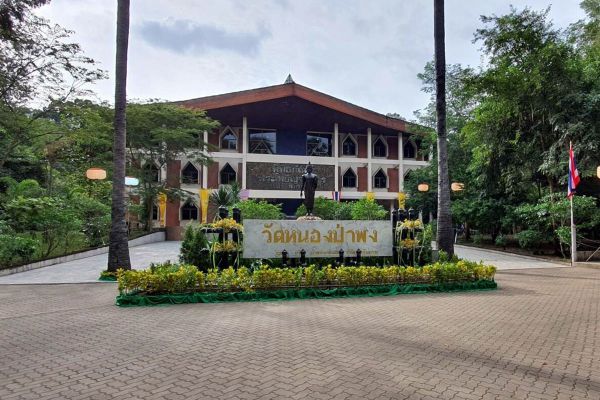 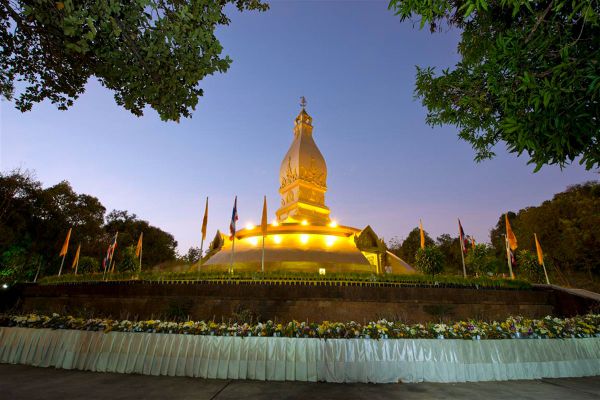 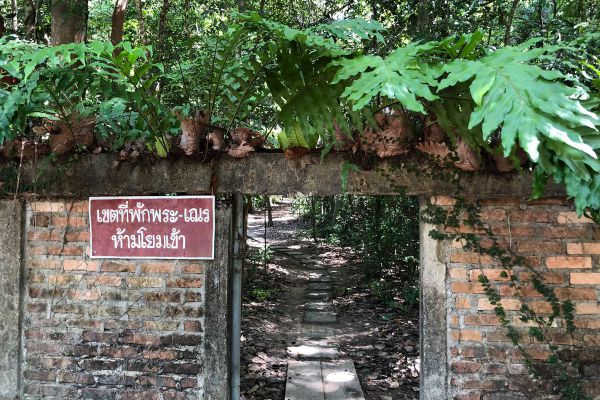 Besides, Wat Nong Pa Phong is the prototype of over 100 forest temples in Thailand and many of them abroad.March 8, 1954 is the beginning of Wat Nong Pa Phong when Phra Photiyan Thera (Cha Suphattho), along with some of his disciples, made a pilgrimage at “Dong Pa Phong.” After that, they settled 5-6 long-handled umbrellas all over the edge of the forest. Dong Pa Phong at that time was a deserted thick forest. In the heart of the temple, there was a large swamp with thick clumps of Phong tree. Therefore, the villagers called the forests around here as “Nong Pa Phong.”

In the beginning, Luang Pu Cha and his disciples had to struggle bravely with malaria fever. When one got ill, it was very difficult to find the medicines. They had to cook and eat Boraphet (Tinospora cordifolia) or do something as best as they could, without asking for any helps from their supporters. The villagers who saw this became to have faith in these monks; therefore, they built some necessary buildings together, such as accommodation for those who practiced Dharma, monk’s cell, pavilion, canteen, belfry, and other buildings, making the temple became complete.There are many interesting constructions inside the temple, such as the ordination hall, which is different from other normal ones since there are no walls, doors, windows, patterned decorations. The second one is Chedi of Phra Photiyan Thera which is an architecture with the combination of northeast region and Lan Chang. It was built as a place for keeping the relics of Luang Pu Cha. The next construction is belfry, which is located northward of the canteen. Its wall is decorated with stucco paintings of the Buddha’s story and animals that live naturally in the forest in Wat Nong Pa Phong. Finally, the museum of Phra Photiyan Thera, which is a three-storied building in applied Thai style. There is a showcase displaying human skeleton on the first floor. The second floor presents traditional tools and equipment. And the third floor is where the waxwork of Luang Pu Cha, sitting on a rattan chair, is housed. Luang Pu Cha’s eight necessities are also displayed in this floor.

The south west portion of the Khlong Phanom National Park lies within the Kapong area, north east of Kapong town.…

Hot Spring and Than Nam Yen in Khao Chaison District, Phattalung Province were formed naturally. Local people believe that they…