“Building the ground, creating the sky, growing the arrowleaf sida, establishing Mok Lan first, then Mueang Kon later.” This quote shows the antiquity of Ban Mok Lan, which is an ancient community and has been established for about 5,000-8,000 years ago. There have been some studies and surveys in Mok Lan community since 1957. Some Archaeological evidences dealing with the influence of Brahmanism and Shivaism were found. 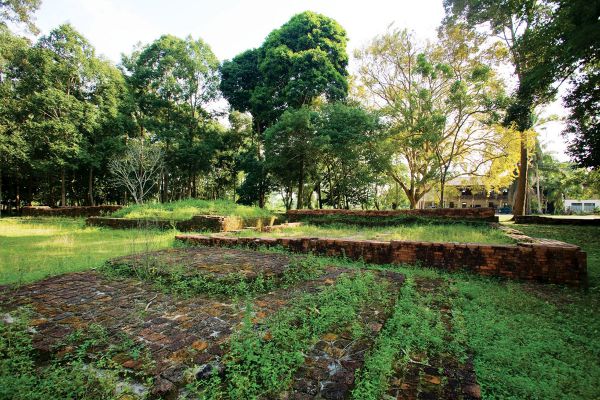 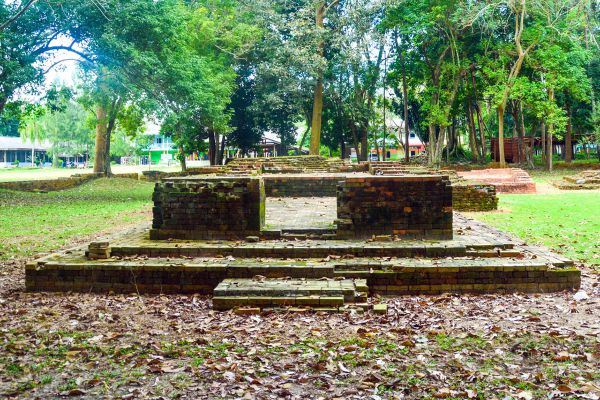 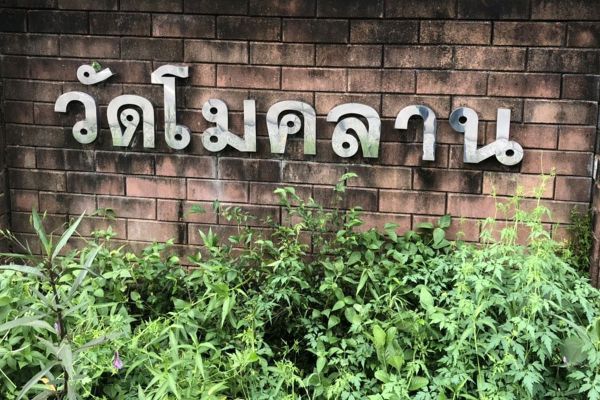 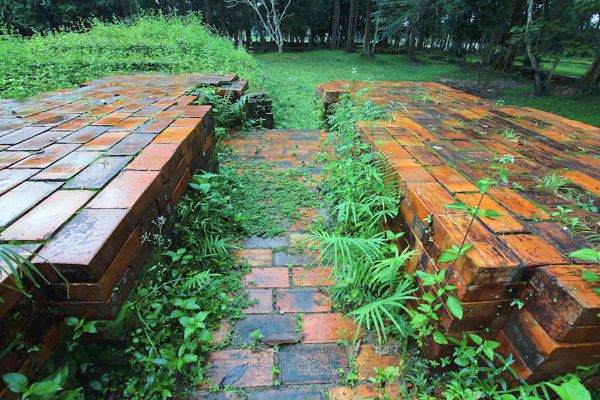 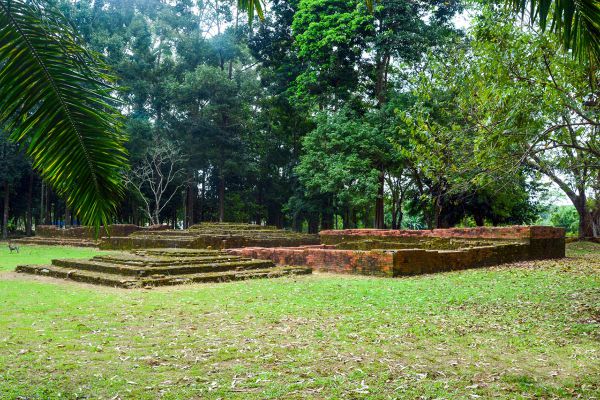 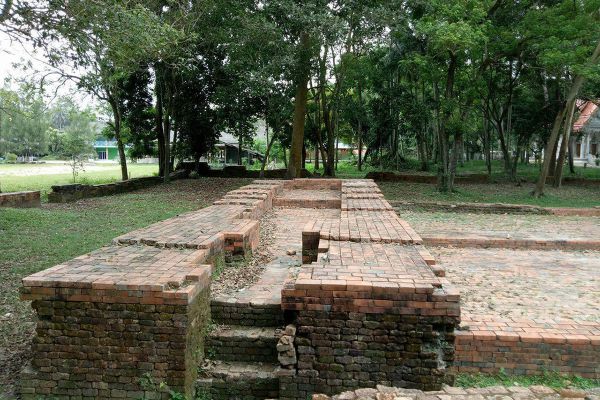 In 1968, professor H.H.E. Loofs of Thai- English archaeological survey project explored the hill of Mok Lan Archaeological Site or the line of rocks constructed in the Megalithic culture, as well as the area approximately 1 kilometer northeastwards from the hill, which were formerly the deep crust of soft earth and which were called “the field of salt water.” He thought that these areas are shoal these days. The villagers dug and found some Funan coins. As a result, it is assumed that Ban Mok Lan might be an important seaport community in the ancient time and might have connected to the other communities outside. The evidences found in the temple, Brahman antiques, and ancient pond, displayed the prosperity of Brahmanism and Shivaism in Ban Mok Lan. Later, however, the influence of Buddhism had spread into Ban Mok Lan as well, since there were a lot of Buddhist antiques and ancient remains. Nevertheless, the religious archaeological sites in Ban Mok Lan might have been deserted for so long, probably before or during the immigrant and settlement of Thai Muslims from Kedah, Kelantan, and Terengganu since 1937. Therefore, at present, most of the populations in Ban Mok Lan are Thai Muslims (70%) and Thai Buddhists (30%).

Ban Mok Lan is a large community which is abundant with natural resources. The settlement of the population is along the long line of the old sand dune. The community disperses in a long line from north to south. There are some canals flowing from Nakhon Si Thammarat Range, two of which flow past Mok Lan community to the sea in the Gulf of Thailand. These canals are Khlong Chum Khling (Khlong Ying) and Khlong Toh Naeng (Khlong Mok Lan). In the past, both canals might have been large rivers because there is a trace of sediment and erosion; whereas, in present, they are shoal. There are low lands on two sides of the canals, which are very abundant. People in Mok Lan community, therefore, tend to do rice farming, coconut farming, rubber tree farming, as well as fruit farming on the sand dune. They also have been well-known for making potteries since the past. Direction to Ban Mok Lan From the city center of Nakhon Si Thammarat, take the highway number 401-Nakhon Si Thammarat- Tha Sala-which is an asphaltic concrete road. At the 9.5th kilometer marker, turn left to the highway number 4141-Ban Na Tap Ban Don Ka-which is a paved road. At Ban Si Yaek Wat Not, turn left to Si Yaek Wat Not- Ban Nai Khiao Road, a paved road, and go along for 1 kilometer. Ban Mok Lan is there.

Wat Choeng Tha is located off the city island in the northern part of Ayutthaya. It is situated beside Khlong…

Located outside the city walls, approximately one kilometer to the west of Chiang Saen in Tambon Wiang is Wat Pa…

Sri Dit Waterfall is a single-level waterfall with streams flowing through the cliff and rock layers, looking like curtains of…