Local people call Wat Na Phrathat or Wat Phra Si Rattana Mahathat is an old temple, situated on Khao Ngu Road, Tambon Na Mueang in Mueang Ratchaburi municipal area. It is believed that this temple was built in the Dvaravati Period, around the 10th–11th Century, nearly the same time as when the old city of Ratchaburi was built. Later, a Khmer or Lop Buri sanctuary was built over the temple around the 13th Century to be the centre of the town according to the Khmer belief regarding the universe. 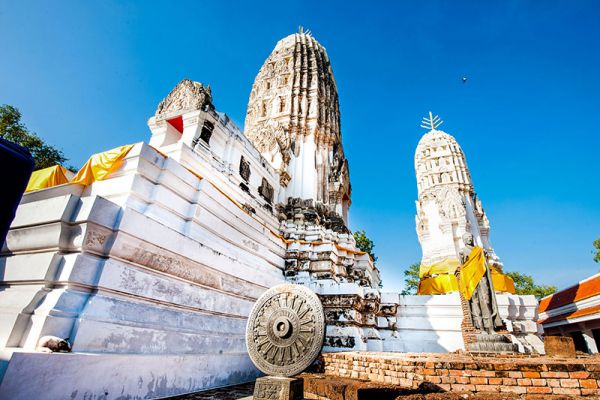 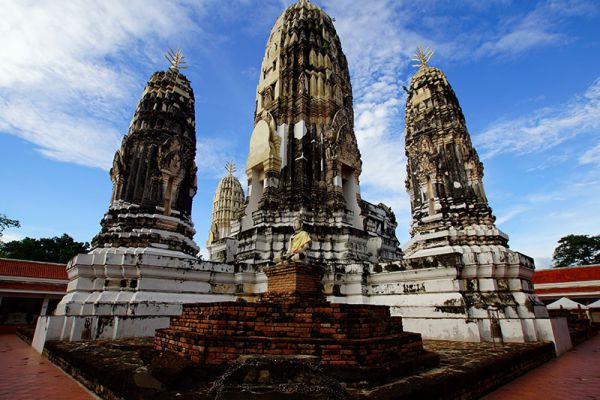 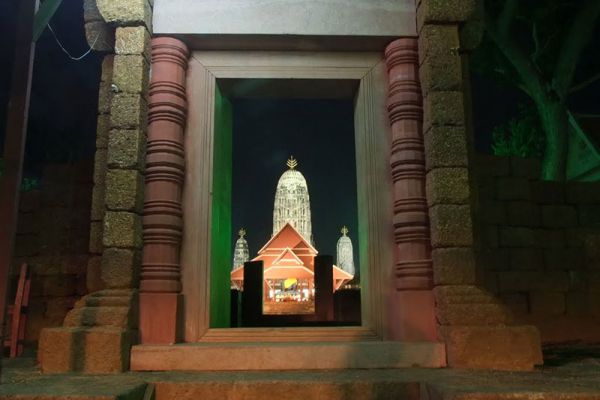 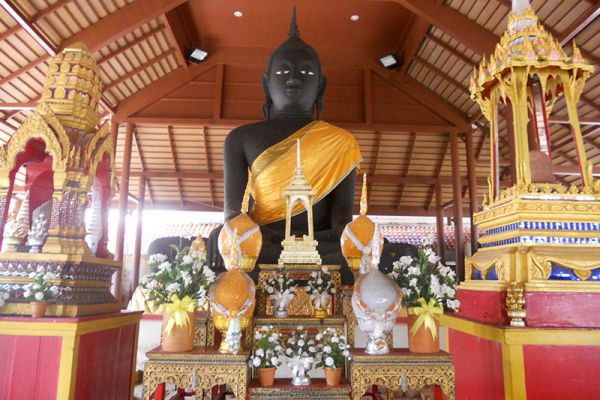 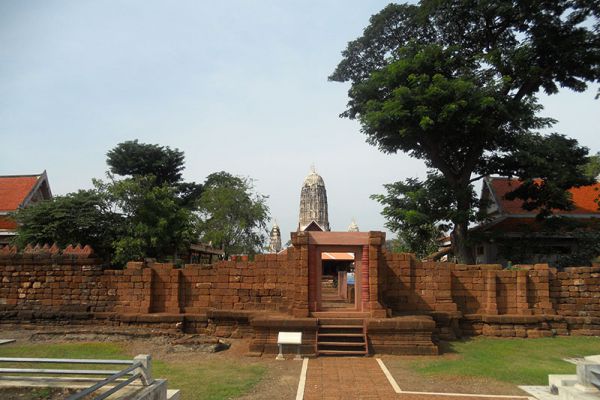 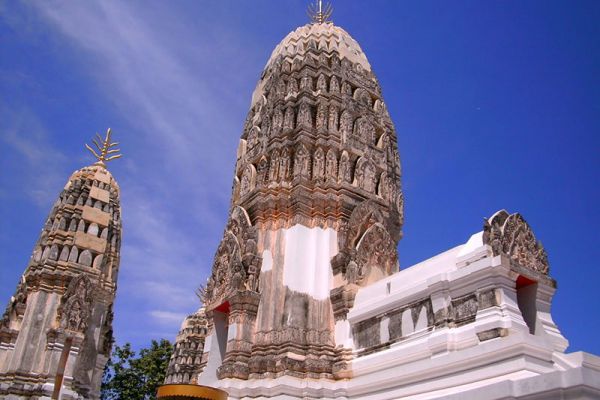 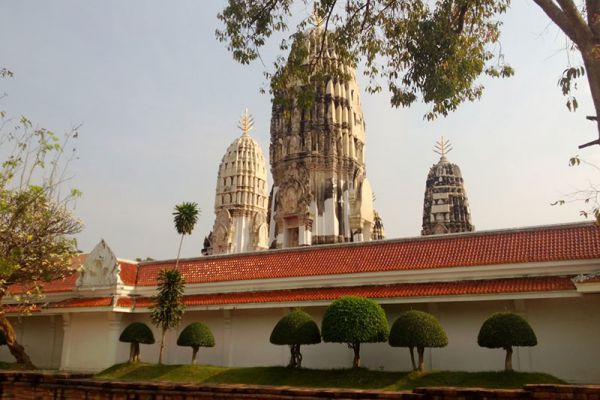 Then, for fear that the sanctuary might tumble down, a new Phra Prang was built at the beginning of the Ayutthaya era, around the 15th-16th Century. Therefore, we can see the overlapping style of architecture. Moreover, interesting things in the temple are Wihan Luang where Phra Mongkhon Buri is enshrined. It is a stucco Buddha image in the gesture of subduing Mara, which has a lap width of 8 Sok 1 Khuep.

Its characteristic is of the Pre-Ayutthaya art, with a Sukhothai style face. It has a long body but short knees. He turns his face to the east, and there is another Buddha image behind his back, turning its face to the opposite side or the west. This means we ask the Buddha’s blessing to prevent danger from the front as well as the back. Thus, it is also called Phra Raksamueang–city’s protective Buddha-along the belief of people in the Ayutthaya era. In front of the Wihan, there is a boundary wall made of laterite.