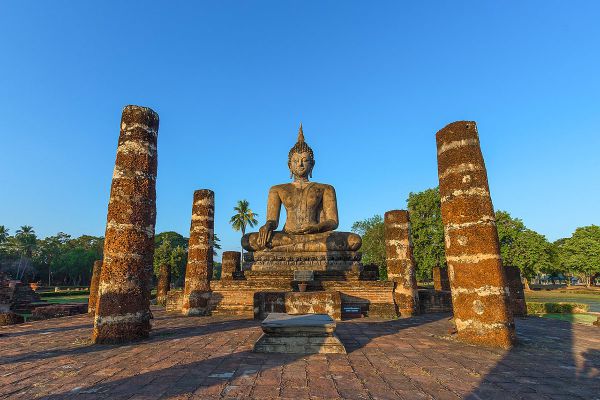 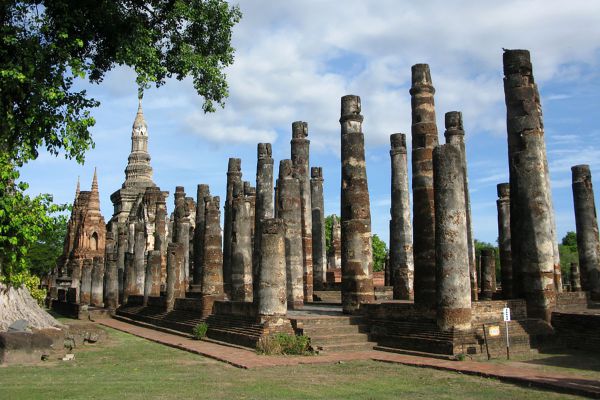 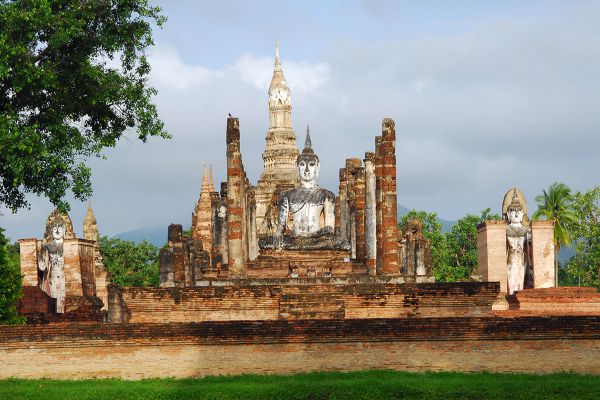 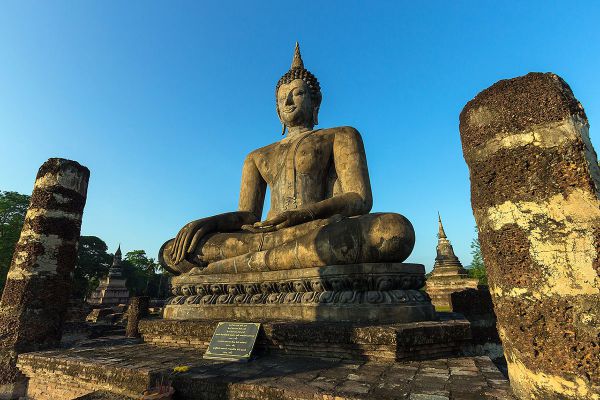 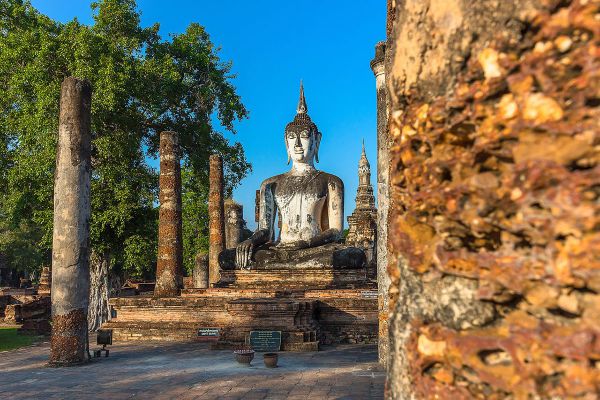 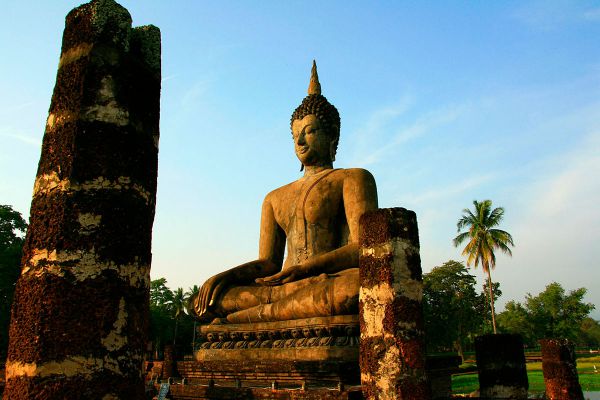 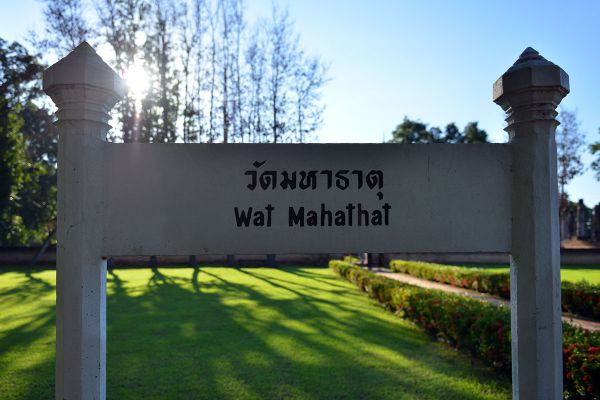 When you walk into the temple, you will pass the pillars on both sides along the way. These pillars are the remains of Phra Wihan Sung. If imagined by the size of the pillars, the vihara would be quite large. Next to the vihara, you will see the large buddha image in the attitude of subduing Mara. At the back, it is the royal vihara which used to be the home to the largest bronze buddha image in Thailand named Phra Sri Sakyamuni. From the back of the vihara, you will see the principle pagoda of the temple with the phum-khao-bin pattern which is the pagoda pattern with unique arts from Sukhothai period. It is the genuine Thai arts that is differed from other places because it is not influenced by other arts in any way. It is believed that the Buddha’s relics are contained inside the vihara. Next, it is the small vihara with the enshrinement of the standing buddha image with 18-sok height named Phra Attharot, the buddha image which reflects the capability and wisdoms of Sukhothai people that they imagined and built such a tall buddha image.

Additionally, there are many large ponds that were used to retain the water for domestic use within the kingdom. They also provide another beautiful perspective of the royal vihara, buddha image and principle pagoda through the water reflection. If you have already walked around the temple and it is nearly the evening time, we would like you to wait to see the picturesque sunset behind Wat Mahathat which suits well with this beautiful place. Many tourists wait to see it before they head back.

Wat Phra Singh is a Buddhist temple in Chiang Mai, Northern Thailand. King Ananda Mahidol, the older brother of the…