Wat Mae Nang Pleum is located near the confluence of Khlong Hua Ro, Khlong Mueang, Ayutthaya. It’s the old monastery which was established during Ayutthaya kingdom. Wat Mae Nang Pleum has a lot of legends and stories of Ayutthaya history. The place is still in a good condition. 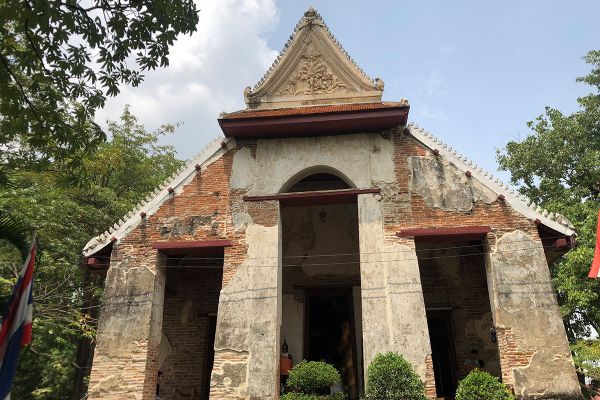 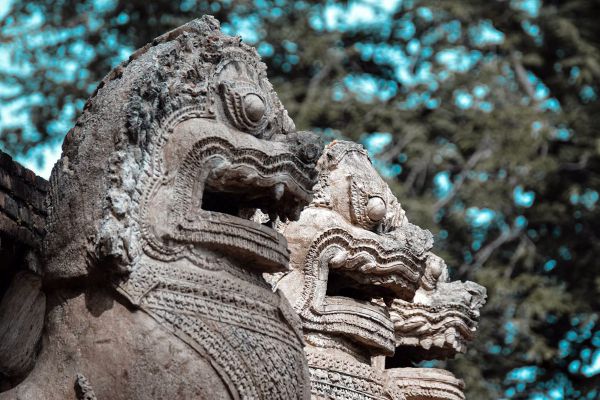 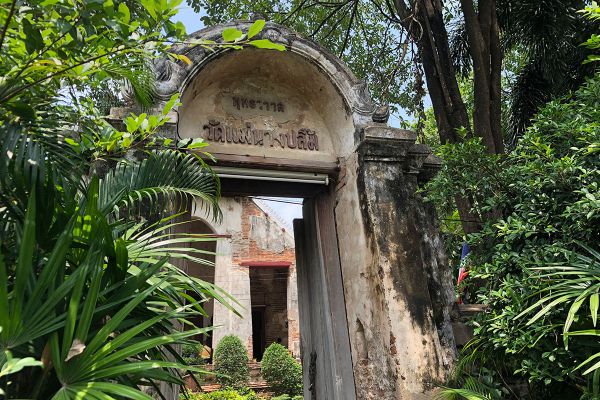 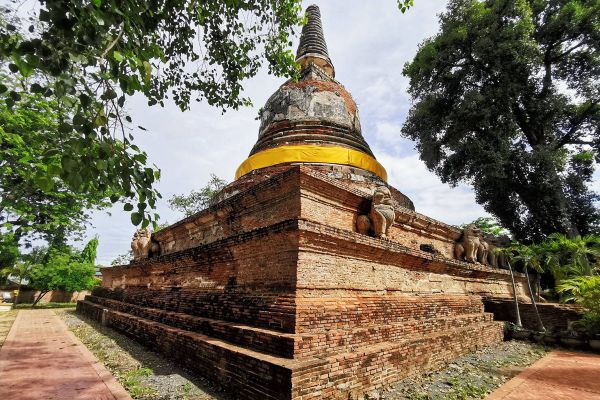 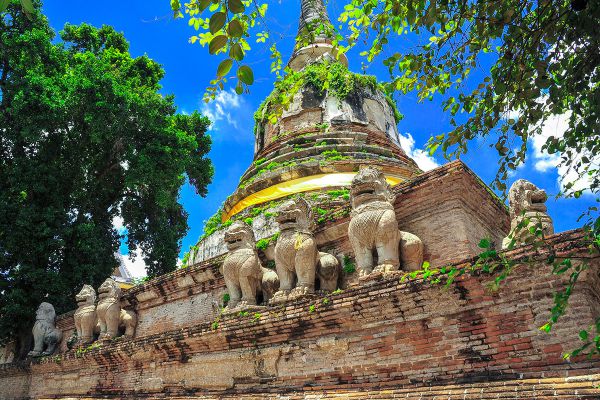 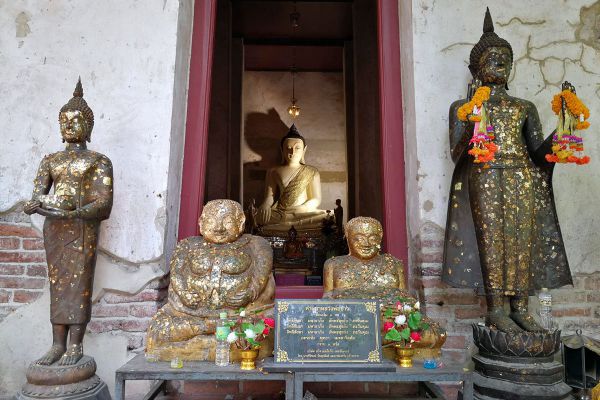 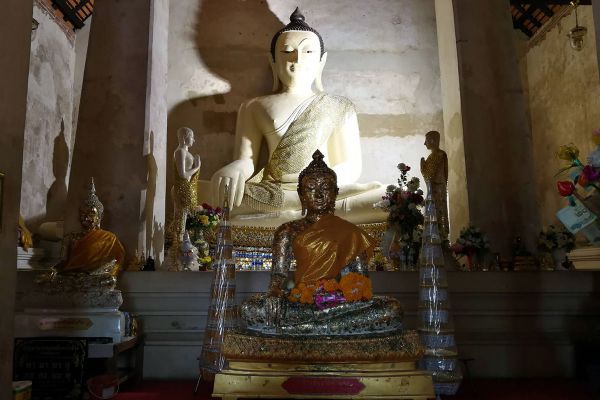 Following a local legend, bears a name of a Lady Pleum, One evening when His Majesty was on a perahu in the river, he was caught in a great rainstorm before he was able to return to the palace. Consequently, he went to a small house where an poor old woman lived and entered unrecognized , asked for a drink of gin because he had became cold from the rain. Lady Pleum gave him a drink and offer him to stay over. She also praised King Naresuan without knowing that it was his majesty. The king went back at dawn, not for long His Majesty sent a royal ceremonial perahu to the poor woman’s simple little house where he had lodged at night. He feasted her in order to reward her kindness. Even when Mae Pleum passed away, the King set up her funeral and established a temple called ‘Mae Pleum’ Before the Ayutthaya was lost to Burma, the Burmese troops used Wat Mae Pleum as a base to fire cannons into city walls.

Accordingly, the temple wasn’t ruined too much like other temples. Visitors can visit another attractions in the city island such as the scenic view of Ayutthaya style’s architecture, the old Preah Vihear which appear ‘Luang Por Kao’, the pure white Buddha image, Chedi with a round base, Arts during Ayutthaya which was inspired by Kamer, and worship the ubosot.

Khao Luang is the 92-meter-high and medium-sized mount. There is the large cave inside, called Tham Khao Luang, which is…