At the heart of the city of Chiang Rai is located ‘Wat Klang Wiang‘ or ‘the temple founded at the city center’. Visitors to Chiang Rai are recommended to stop by and pay respect to this beautiful temple. The temple was built in 1432. It was originally called ‘Wat Chan Ta Lok‘ or ‘Wat Chan Lok‘ after the big ‘Chan Deang‘ or red sandalwood growing in the temple area. 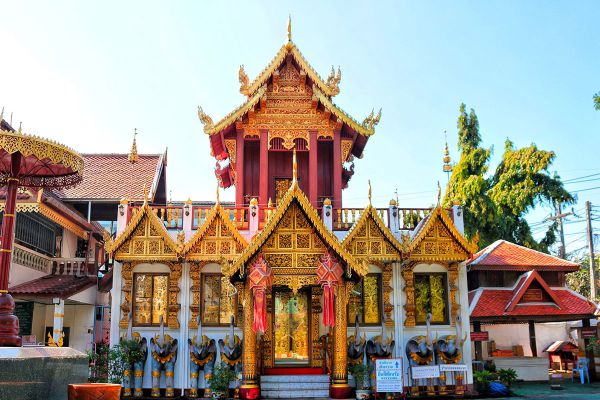 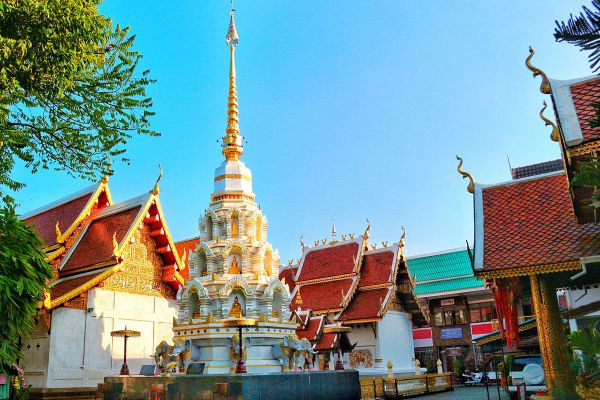 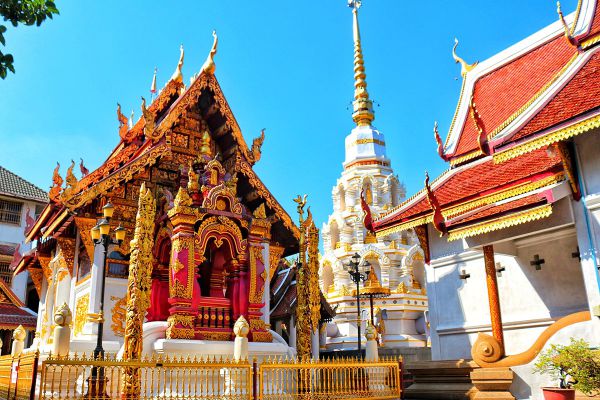 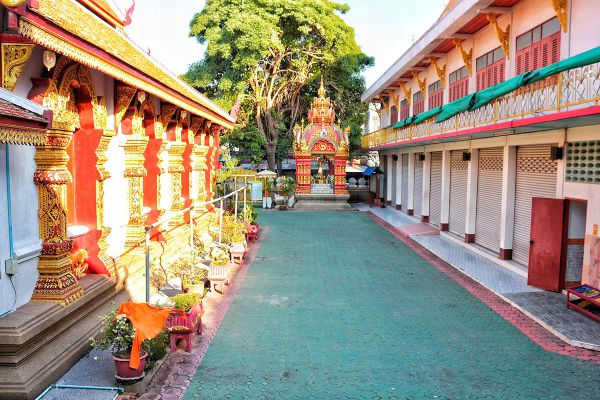 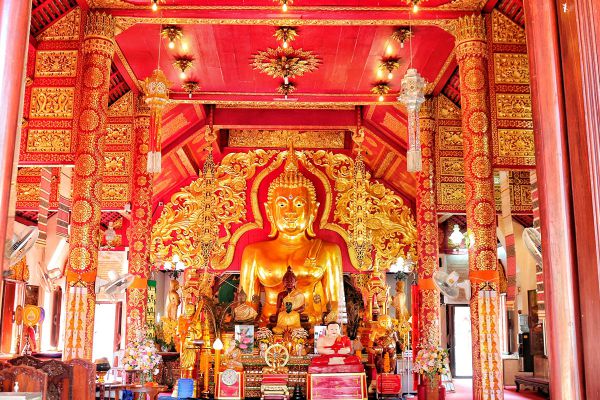 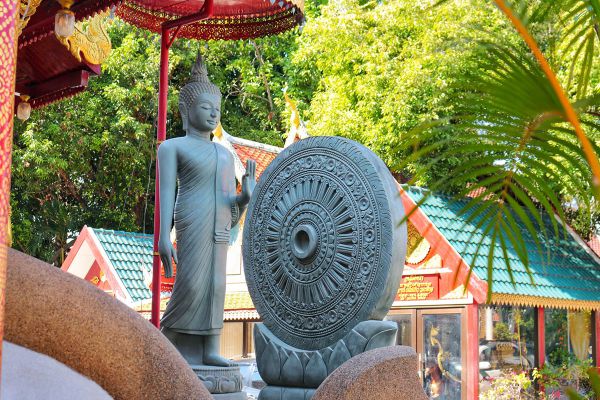 The Chan Deang, which is an auspicious tree according to ancient beliefs, came down at a later time. When the city of Chiang Rai was built in 1874, surveying from the four corners of the land revealed that Wat Chan Ta was situated right at the heart of the city. The temple, for that reason, was from then on called Wat Klang Wiang. A navel city pillar was also built nearby for people to come and pay respect. Being built from muttons and covered with clay, the 1.5 metre pillar was not very sturdy and had long come down.

In 1992, Phra Kru Sasankijkosol, the temple’s abbot, and the clergy agreed on the reconstruction of the pillar in its same spot. A pumpkin-shaped mandapa with spire was built over of the new navel city pillar on the occasion of His Mejesty the Queen’s 60th anniversary. The mandapa is surrounded by statues of Jatulokaban, or the four keepers of the world, who would guard the naval city pillar according to Lanna beliefs. In addition, a chedi was built at the spot where the red sandalwood was located. Statues of decorated elephants can be found around its base. Rebuilt in the pattern of applied Lanna art, the colorful ubosot is a remarkably beautiful building of the time.

How to get there: From the Cultural Center on Singhaklai Road, head away from the city and turn right into Rattanaket Road. Drive past the Provincial Police Office for about 200 metres. Drive past the first junction. The temple is on you right.

There is much history and culture concentrated in Koh Kret tiny island, based in Nonthaburi, which reached its heyday during…

Wat Phra Thong is a popular attraction for both visitors and local residents. Located in the temple is the upper…