Wat Khun Muang Jai consists of four primary structures: an ordination hall, one sermon hall, a large chedi, and a two-story living quarters. Of these structures, the large chedi is probably the most breathtaking. Its tall base consists of several layers that support a bell-shaped structure as its relic chamber. One corner chedi has survived at the top. One layer is superimposed over another. This style of Thai architecture is known as “Yok Ket”, and there are only a few monasteries in Ayutthaya of this type. 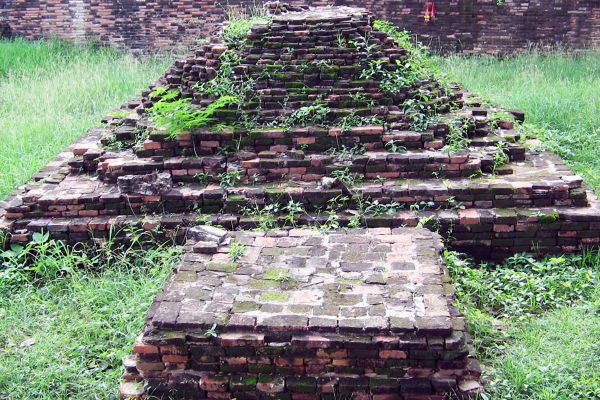 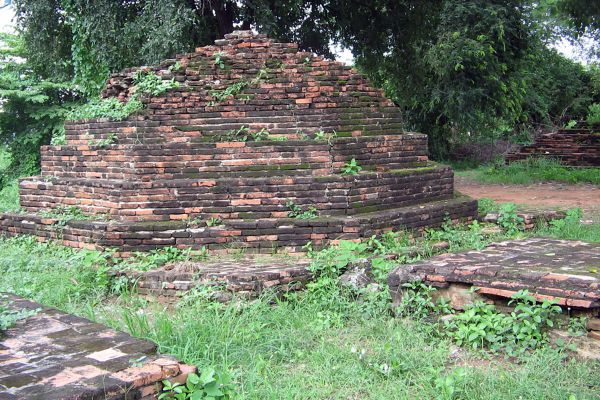 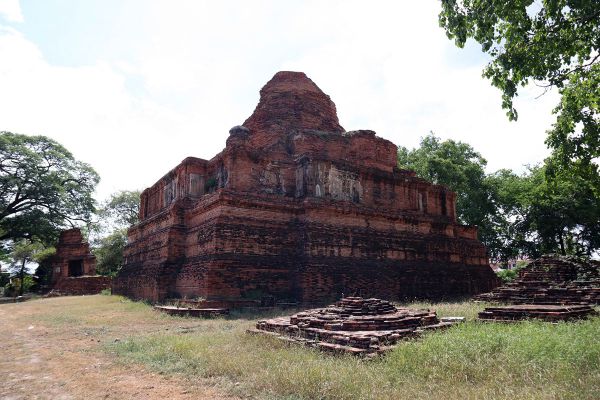 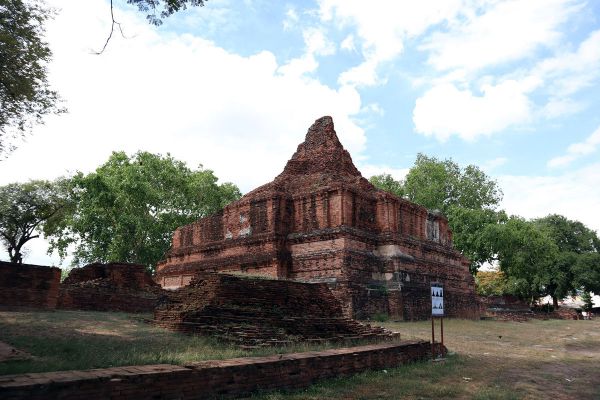 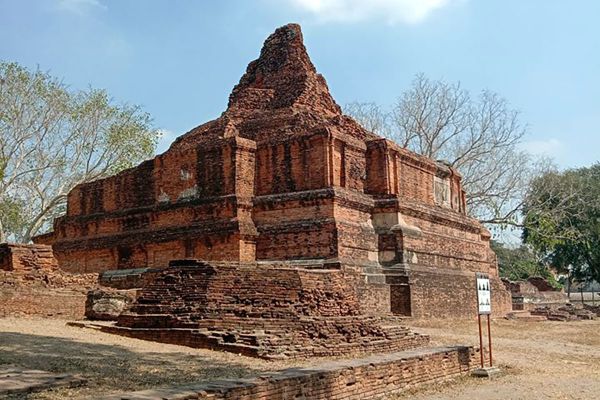 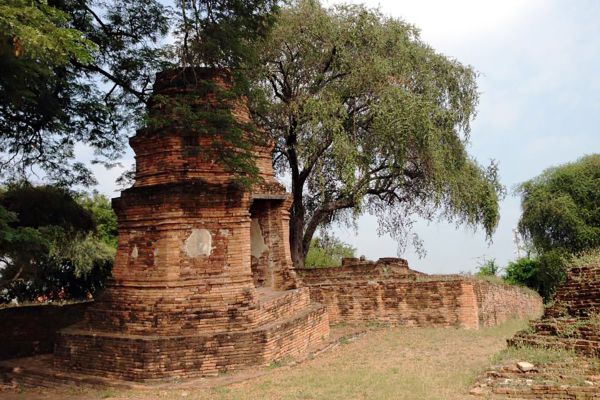 The chedi’s walls have intact decorative stucco patterns – including a few niches where a standing Buddha image can still be seen. These patterns and Buddha images reflect a Khmer influence. There are sermon halls on both sides of the central chedi. These have been restored by the Fine Arts Department. The sermon hall on the western side is very elaborate. Its foundation is in good shape and a large number of chedi are in situ. One of these smaller chedi is at an angle so steep that it appears to be falling over. The sermon hall on the eastern side is smaller and more damaged. Nevertheless, this structure includes some remnants of Buddha images and a reasonably preserved foundation layer. A large bodhi tree grows out of its altar. A two-story building is located on the northwestern side of Wat Khun Muang Jai. This type of structure is associated with residential halls of highly positioned monks or members of the royal family. Wat Khun Muang Jai is a very ancient temple.

It may pre-date the establishment of Ayutthaya in 1351. However, there are few records about its history. Documents refer to it being used for an important ceremony for taking oaths of allegiance. Royal Chronicles mention a Khun Muang that was appointed to the right wing of the Royal army sent to Sukhothai during the reign of King Narai. An oath of allegiance was taken around that time. The Fine Arts Department restored this monastery in 1969-1970 and once again in 2006.