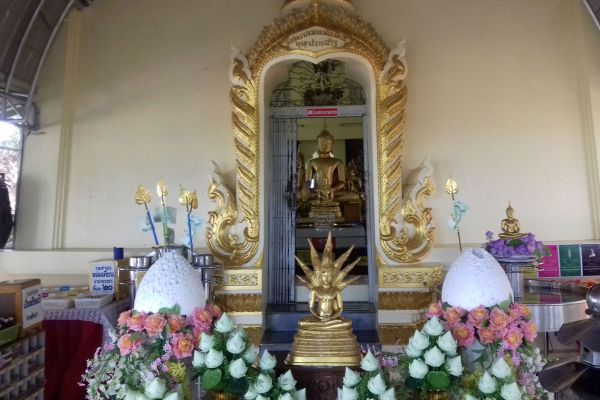 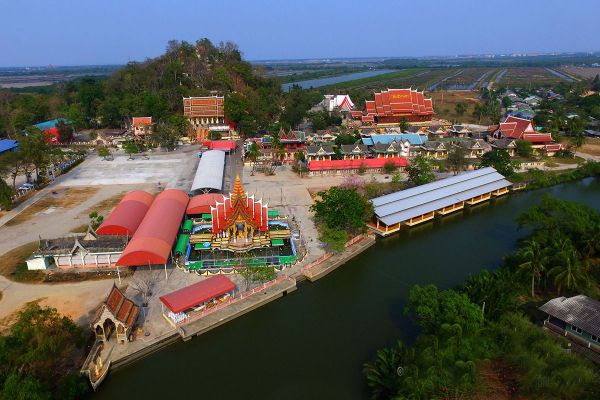 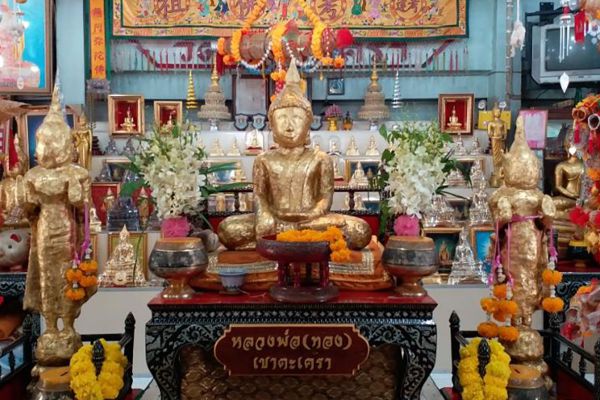 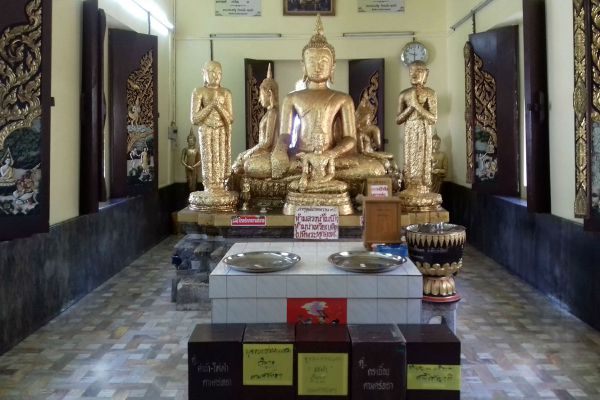 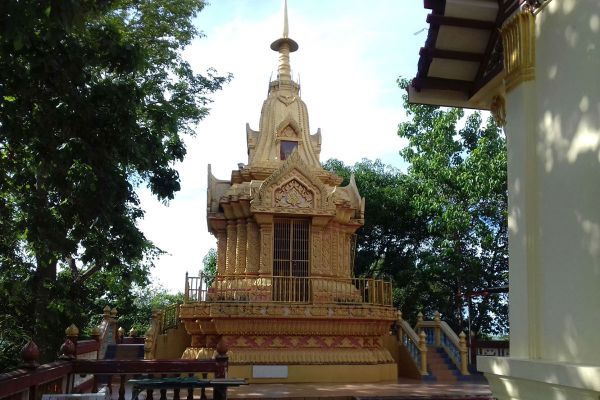 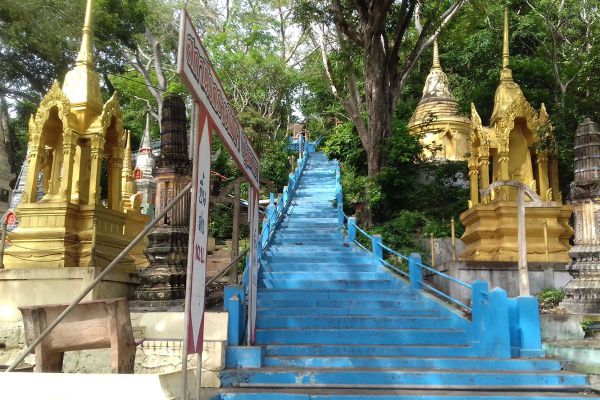 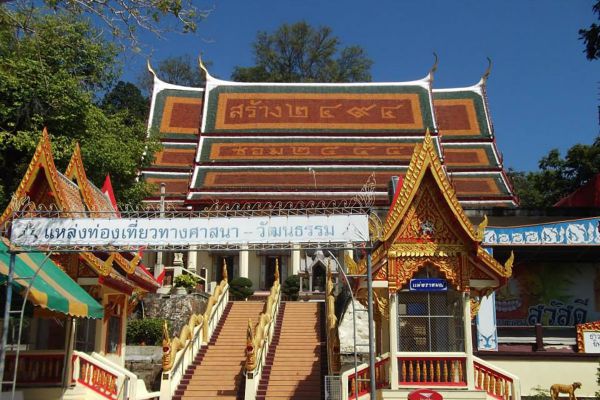 The history of Luang Por Khao Takrao dated back to the late Ayutthaya period when people from Ban Laem, who were the ancestors of people in Samut Songkhram nowadays, escaped the Burmese troop and settled down at the mouth of Mae Klong River. One day, Ban Laem fishermen went for net fishing and caught two Buddha images: one was in the standing posture carrying an alms-bowl and another was in the subduing Mara position. Ban Laem people brought the standing Buddha to be enshrined at Wat Ban Laem in the center of Samut Songkhram. The temple is now known as Wat Petch Samut Viharn. Another Buddha image was given to Bang Ta Boon people who brought the image to Wat Khao Takrao in Ban Laem District, Petchaburi Province.In addition, the ubosot of Wat Khao TaKrao is also home to other images of Buddha, such as Luang Por Thong Wat Khao Takrao, Luang Por Dhevarit, and a replica of Luang Por Wat Ban Laem. Luang Por Dhevarit was a former main Buddha image which was already located in the ubosot. Luang Por Thong was earlier situated in the shrine on the mountain and was later brought to be the second main image of Buddha, ranking after Luang Por Dhevarit. As for Luang Por Thong, it was believed that the relocation of the original image was associated with the casting of the replica, which was called Luang Por Mor.

At present, it is known that the original image is located at the reception building below, and the Buddha image which is situated in front of the image of Luang Por Dhevarit is a replica of the original.

To get there, take Highway No. 3176 and drive past Ban Koom District and Bang Krok District towards Ban Laem District. Cross the bridge and turn left to arrive at Wat Khao Takrao. From Bangkok, drive along Highway No. 4 (Petchakasem Road). Turn into the road for Ban Nong Lai District which also leads to the temple. For drivers who prefer alternative routes for excursions and sightseeing of village lifestyles, drive along Highway No. 35 (Thonburi-Paktho Road) and turn left at Klong Klon junction, which a signpost says is a shortcut for Cha-Am. Drive past Khao Yee San Village and Bang Ta Boon Village. Head straight into Highway No. 3176 and turn right to arrive at Wat Khao Takrao.