Situated about 10 km north of the Cobra Bridge are the ruins of Ek Phnom. It was built during the Bayon period and unfortunately is much worse for the wear than Phnom Banan.It’s an interesting place, however, because there is a freshly constructed working temple right in front of the ruins. 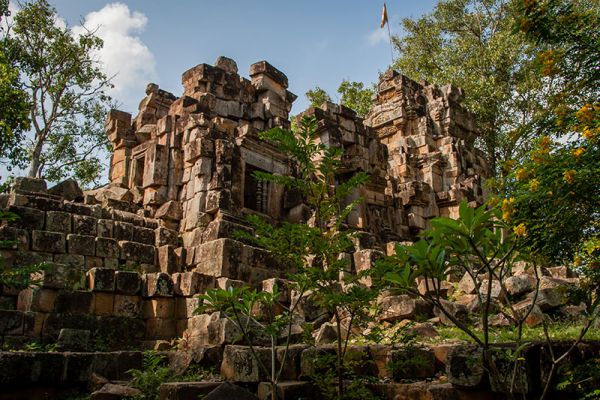 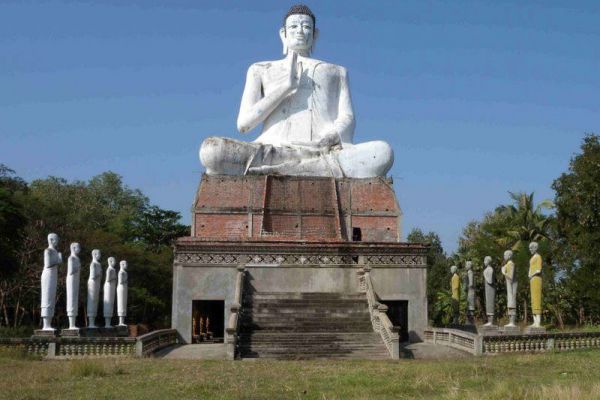 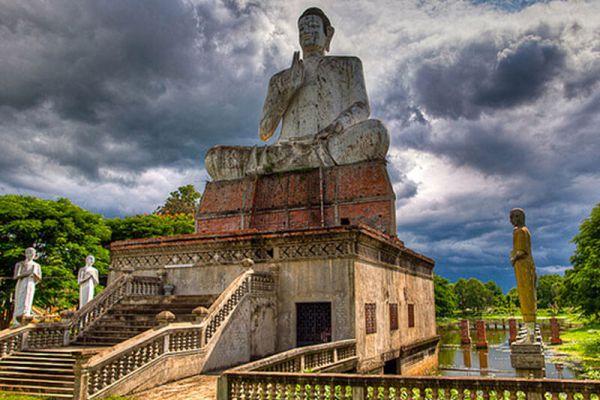 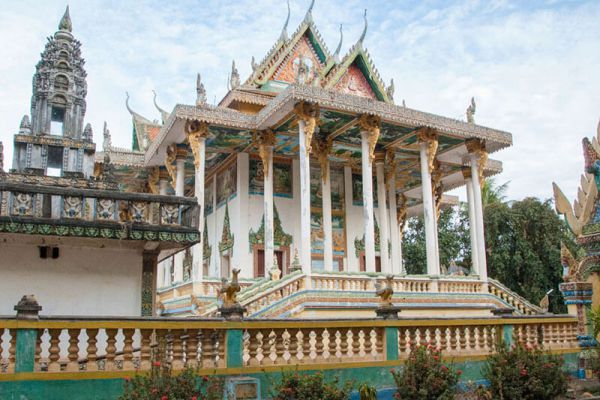 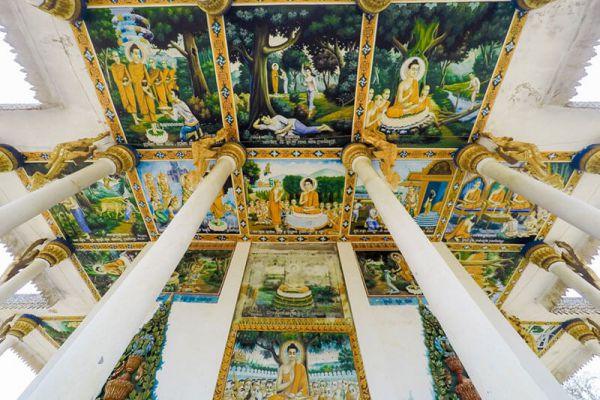 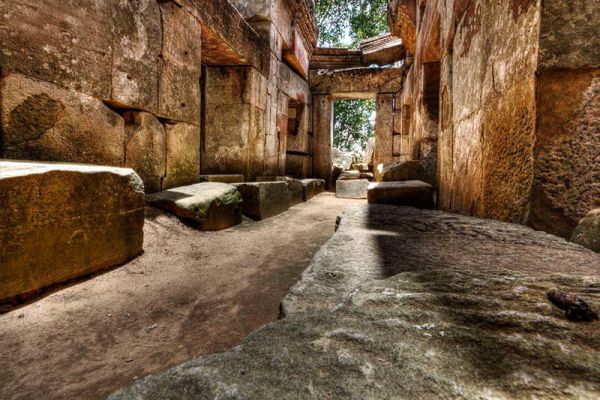 Wat Ek Phnom, along with the temple ruins, is the center of holiday festivities for the people of the nearby village. They dress up in their Sunday best and have a celebration between the old and the new temples and climb all around the ruins with their families.

The ruins are on a very small hill so there is no workout involved in viewing them much of the temple is in shambles and was heavily looted. There are still some sitting Buddha images intact higher up on the walls. On the inside is a carving of a tug-of-war with participants tugging away on a serpent. The participants on the left have lost their heads to looters (they lost face), with the guys on the right still having their heads intact.

Wat Tahm Rai Saw, or the “White Elephant Pagoda”, is a relatively modern Buddhist temple in Battambang. The temple…

Located about 12km from Battambang city, Sampeou Mountain has a dark history. Whilst the Khmer Rouge held power of Cambodia…

Located about 18 km south of town, Wat Banan is likened to a smaller version of the imposing Angkor Wat.…