Wat Chang Lom is a large Buddhist temple in the central zone of Si Satchanalai Historical Park. Its name translates to “temple surrounded by elephants”. The temple found close to the center of the old walled town near the Yom river was founded in the 14th century during the Sukhothai period. 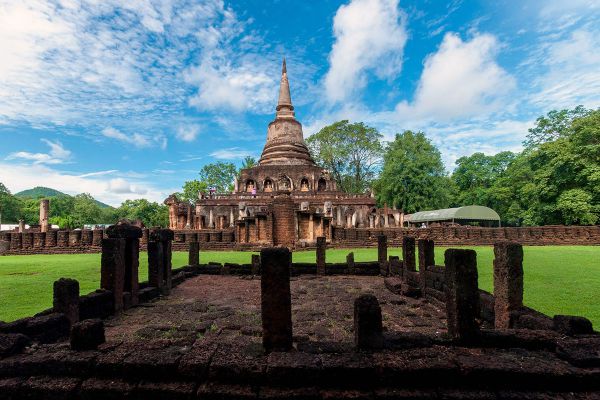 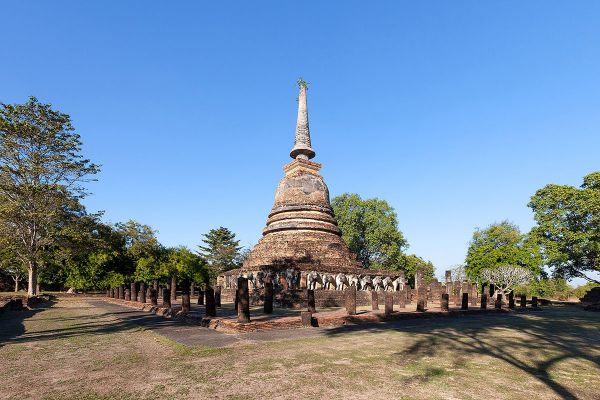 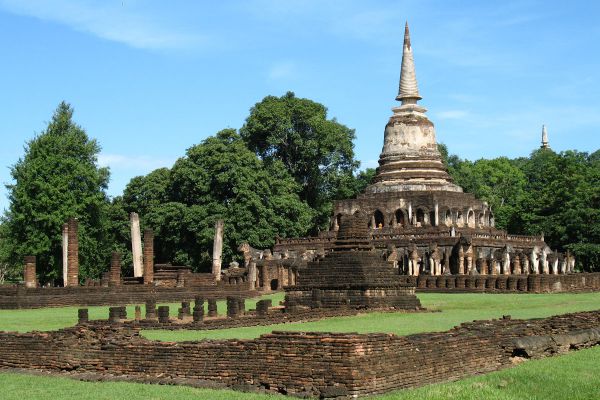 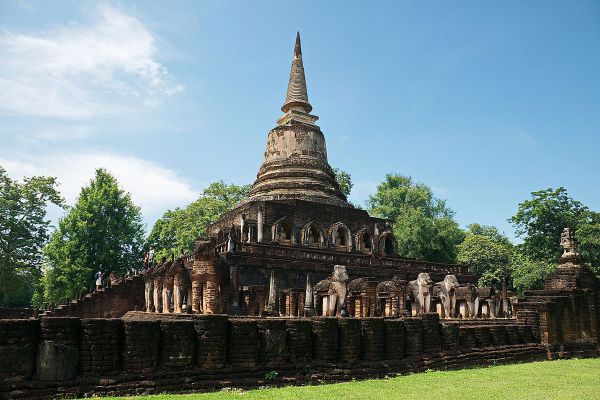 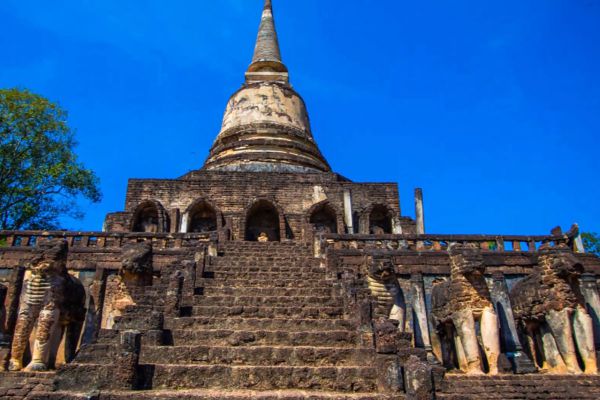 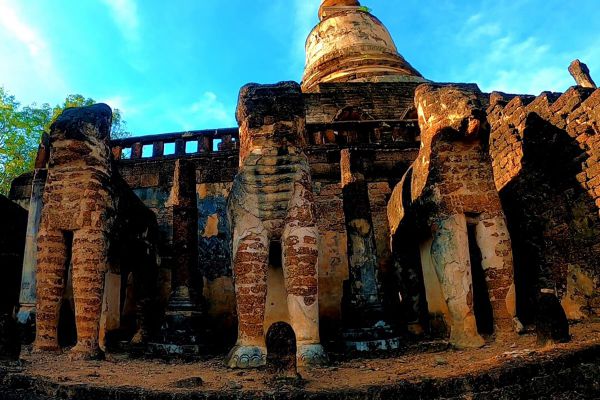 Wat Chang Lom comprises of a large Singhalese style principal bell shaped chedi, two viharns and a subsidiary chedi. The square temple area is surrounded by a laterite wall with an entrance gate on the East side.

A number of archeologists believe the Wat Chang Lom is the temple mentioned in Stone inscription No 1. The inscription mentions that King Ramkhamhaeng dug up Buddha relics in Si Satchanalai. After paying homage to them the King reburied the relics and had a chedi built over them in 1285.

Phetchaburi’s most well-known landmark, the locally known as Khao Wang (Palace Hill), is located on the three peaks of 95-meter…

Chedi Yak is the second largest pagoda after Phra Boromthat Pagoda. The shape of pagoda is Lanka style. Fine Arts…

Koh Lan (Coral Island) is located 8 km off Pattaya. It is a very popular destination among tourists who are…