Wat Buppharam (Suan Dok Temple) is outside the old city walls on Thapae Road, the street in front of the Thapae Gate in Chiang Mai, Thailand. It consists in a ubosot, two viharns, a Dhamma hall, a chedi and a holy water shaft. Its chedi was built more than four centuries ago in a Burmese and Mon style. 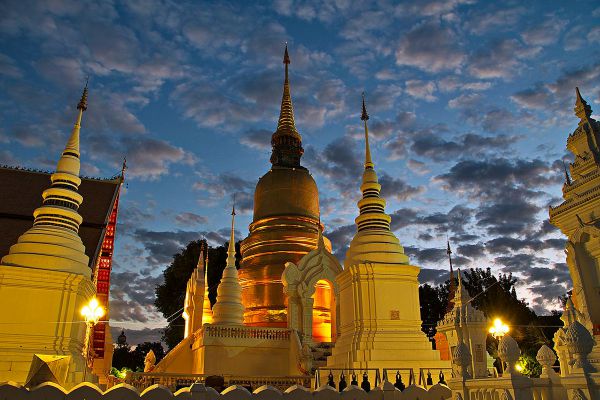 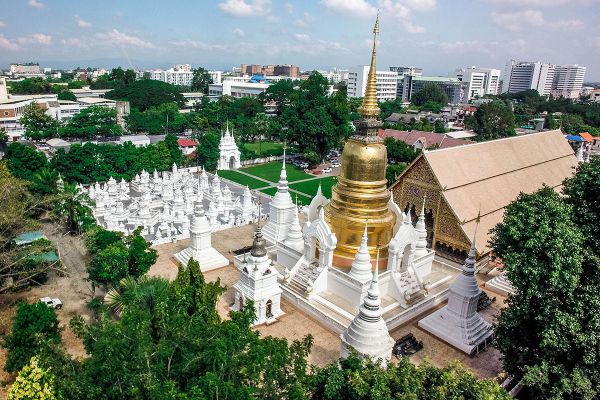 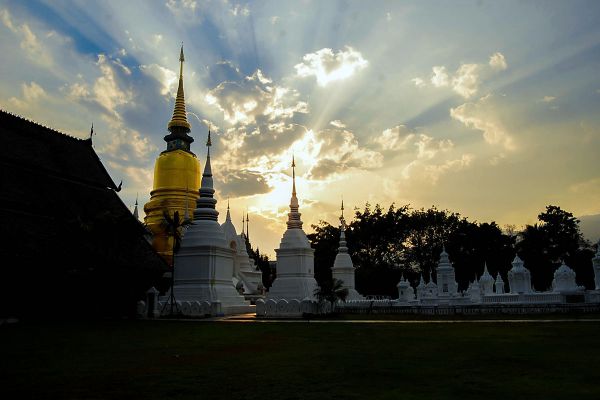 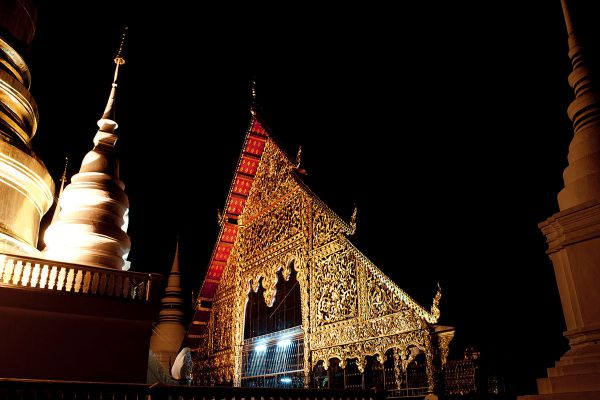 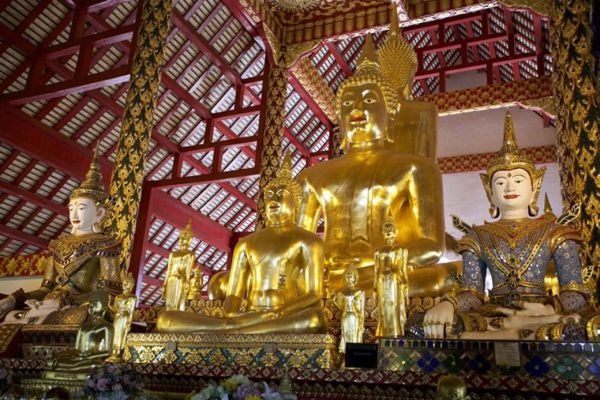 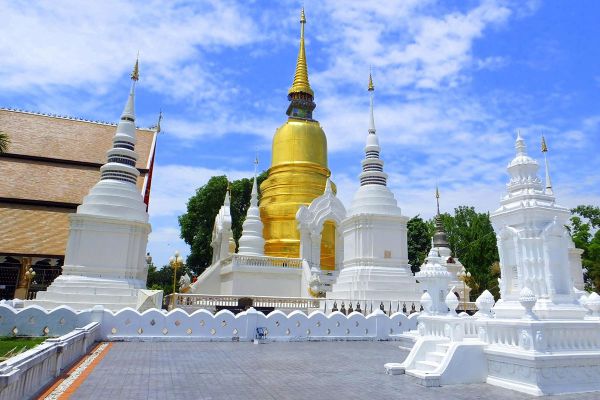 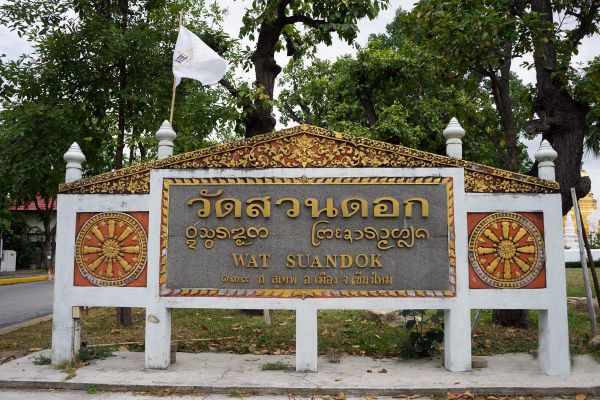 White with a gold covered top, it is guarded by four Singha lions and contains a statue of Buddha on each side. The small Lanna style wihaan with a wooden facade was probably built in the 16th century. The big wihaan is more recent, it was built two centuries ago and contains murals depicting scenes of one of the Jataka tales which are about the previous lives of the Buddha. The main Buddha statue have been cast about 500 years ago.

Opening hours: Daily 8.00 am-5.00. Despite all its historical elements, people mostly remember this temple for its small statue of Donald eating a bowl of chinese noodles standing outside the main hall.