Located inside Rajabhat University Phra Nakhon Si Ayutthaya, Wat Borom Phuttharam was built during the reign of King Phetracha (B.E. 1688-1730) in the area of his hometown, Patong District. The location of the temple was bounded by ancient transport routes, i.e. Chakrai Noi canal in the east and a royal pathway called Maha Ratthaya or Patong Road in the west. Therefore, the temple’s plan was restricted to stretch in a north-south position and the entrance of the temple had to face the North. 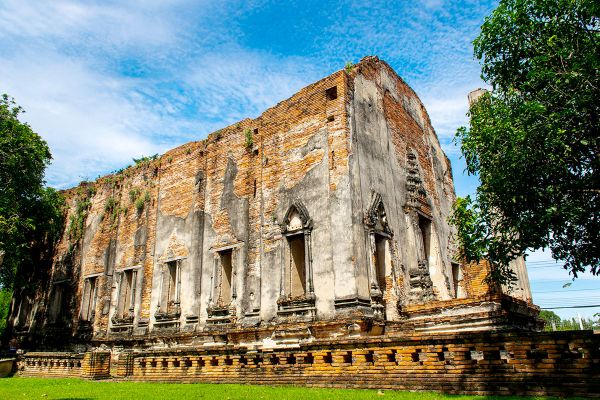 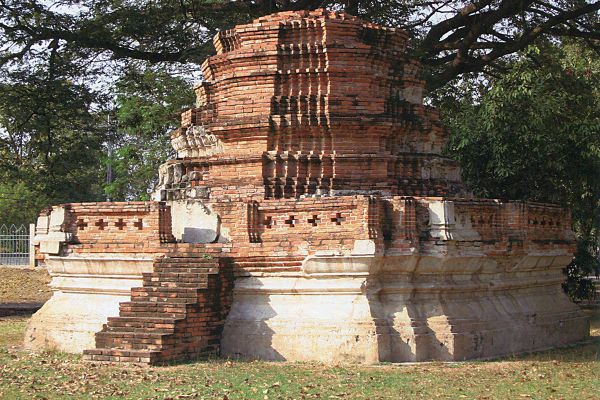 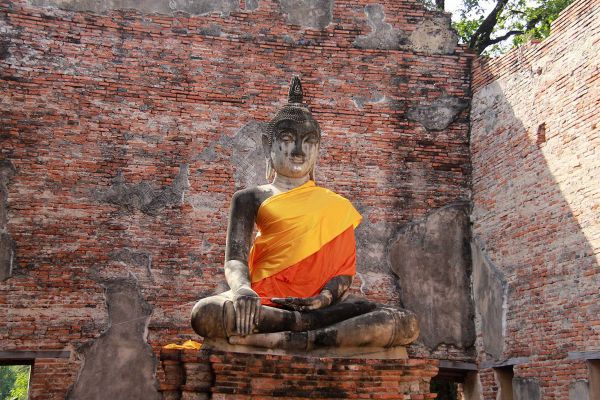 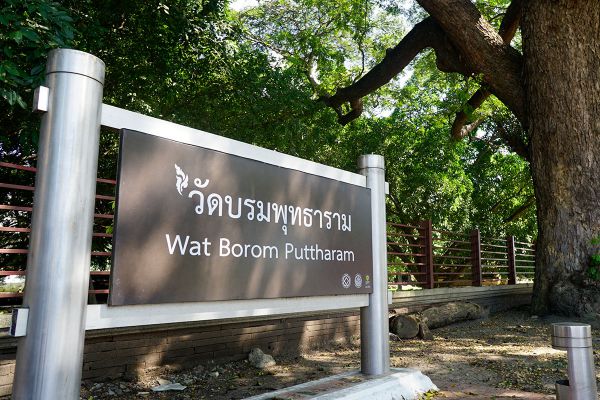 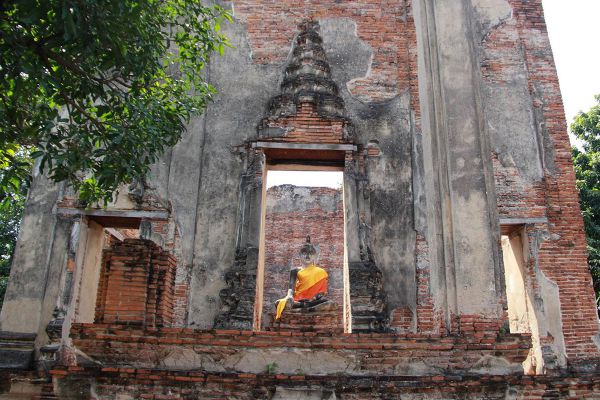 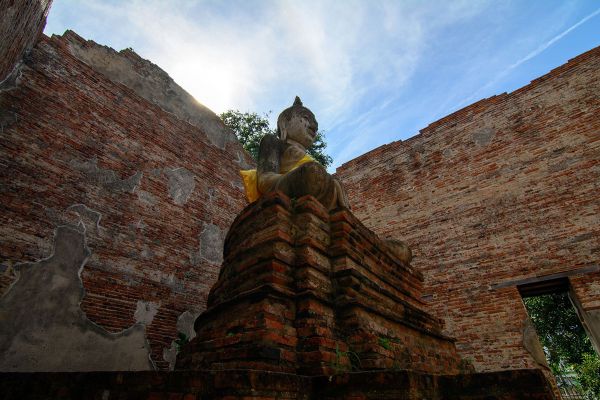 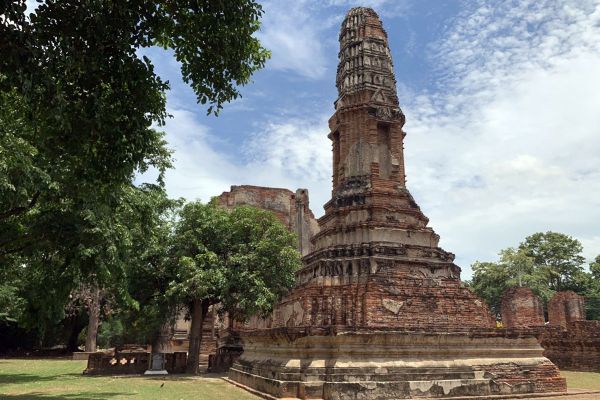 Unlike other temples, the King had all buildings, including the ordination hall, the assembly hall, the sermon hall, the pagoda, and the arched entrance, roofed with yellow glazed tiles. Later the temple became known as “Wat Krabueang Khlueap” (meaning: the temple of glazed tiles). It took 2 years to complete the construction and it underwent a major renovation in the reign of King Borommakot, who had 3 pairs of door panels decorated with fine mother-of-pearl inlays. One pair of them is currently at Ho Phra Monthian Tham inside the Temple of the Emerald Buddha, the second is at Wat Benchamabophit (The Marble Temple), and the third was turned into cabinets and is now exhibited at the National Museum in Bangkok.The edifices inside the temple consist of the ordination hall (ubosot) whose base is curved like a Chinese junk, a popular feature of Late Ayutthaya architecture. There are the front and back balconies. It houses a sandstone Buddha image in a posture of subduing Mara (Pang Mara Wichai). The assembly hall (vihara), which stands next to the ordination hall, has only its base and walls left. The Prang Chedi in front of the ordination hall is a square pagoda with twenty eight-indented corners. Its lower base was decorated with Khang Singh pattern, while the upper body is the chamber for the holy relics. In front of the Prang Chedi is the square pagoda with twelve-indented corners with a flight of stairs. The base of the pagoda was decorated with Bua and Khang Singh patterns.

To get there from Bangkok, use Asia Road (number 32). Make a left turn at the intersection leading to Ayutthaya. Go straight pass Naresuan Bridge, keep driving until you come to the end of Rojana Road, and turn left. Then you will find Wat Borom Puttharam on your left.