Unbelievably, there are over 31200 Buddhist temples spread around Thailand. In Thai these are called Wat. One of these, the Wat Arun or the Temple of Dawn, is named after Aruna, the Indian God of Dawn. 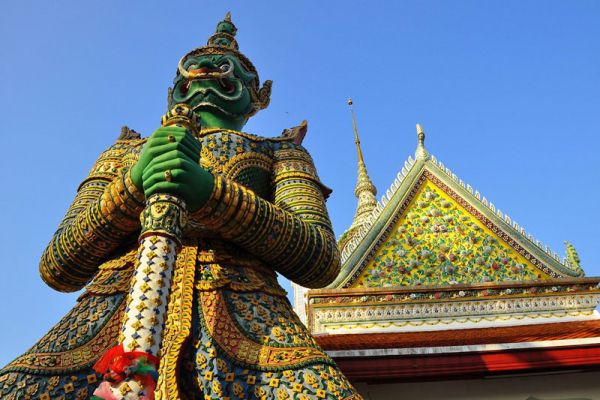 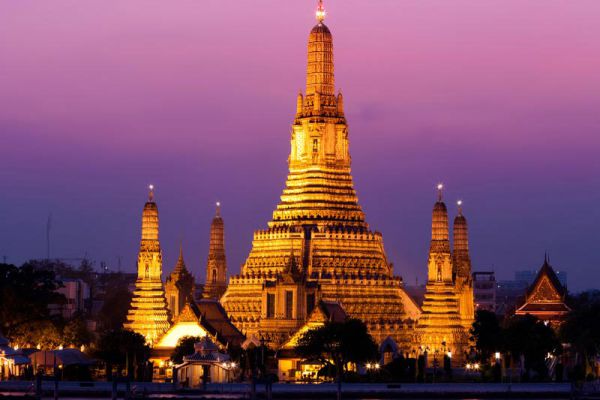 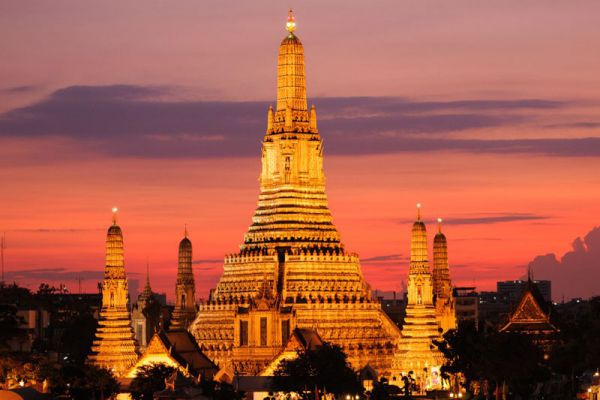 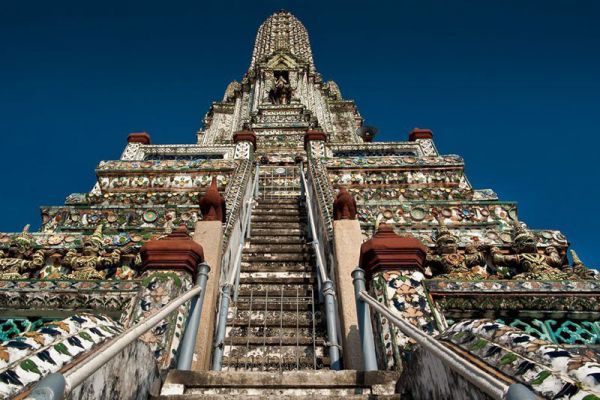 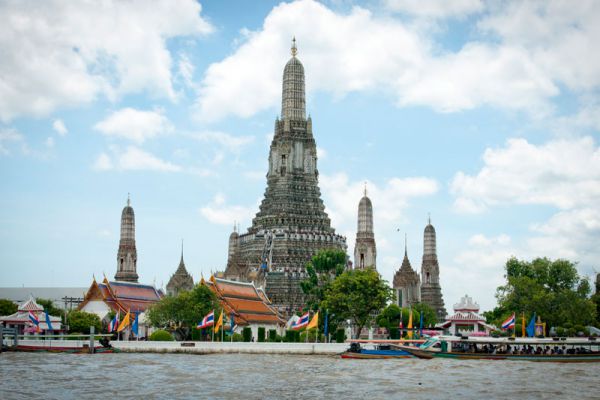 Sitting majestically on the Thonburi side of the Chao Phraya River, the legendary Wat Arun is one of the most striking riverside landmarks of Thailand. Despite the name, the most spectacular view of the glittering monument can be seen from the east side of the river at sunset, when the spires of Wat Arun make an impressive silhouette against the skyline.

This Wat or Buddhist temple is an architectural representation of Mount Meru, the center of the world in Buddhist cosmology. In the mythology of Tibetan Buddhism, Mount Meru is a place that simultaneously represents the center of the universe and the single-pointedness of mind sought by adepts. Thousands of miles in height, Meru is located somewhere beyond the physical plane of reality, in a realm of perfection and transcendence. The four-corner prang of Wat Arun, which house images of the guardian gods of the four directions, reinforces this mystical symbolism. 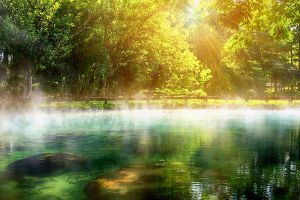 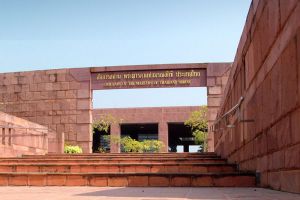 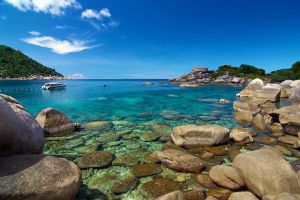