Viking Cave is one of the most notable sites on Koh Phi Phi Leh. Located at the bottom of a tall limestone cliff on the northeastern side of the island, it takes roughly 30 minutes to get there by long-tail boat from Tonsai Bay (the main pier in Phi Phi Islands). Known as Tham Phaya Nak in Thai, Viking Cave owes its name to the paintings found on the eastern southern walls of the cave: they represent various types of boats, including what resembles a Scandinavian drakkar. These paintings are certainly quite recent, and were possibly realised by sailors taking shelter in the cave during a storm. 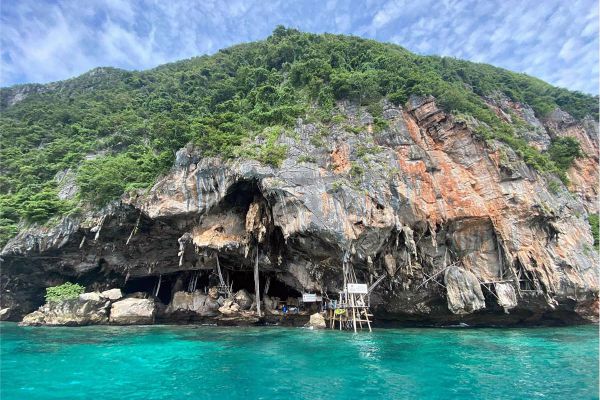 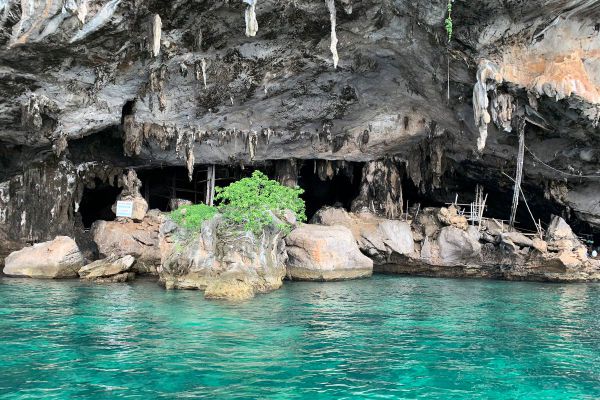 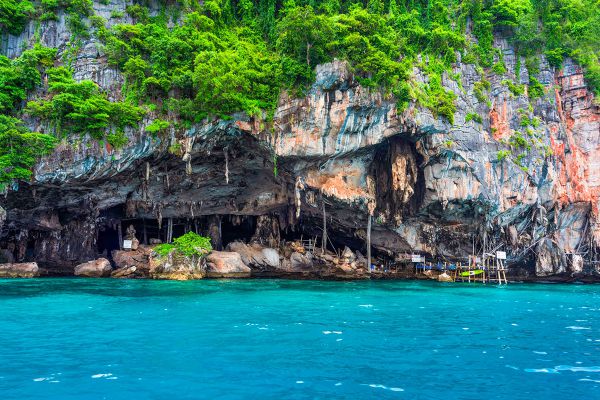 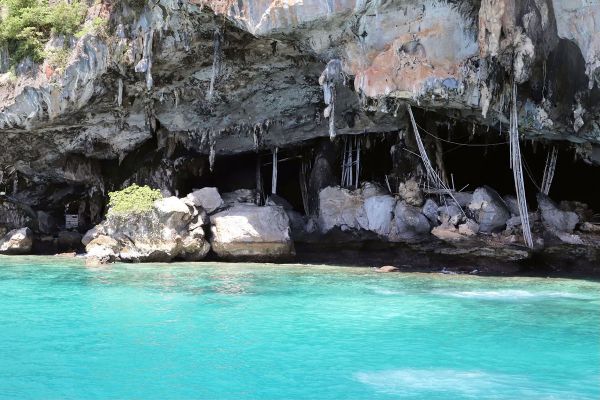 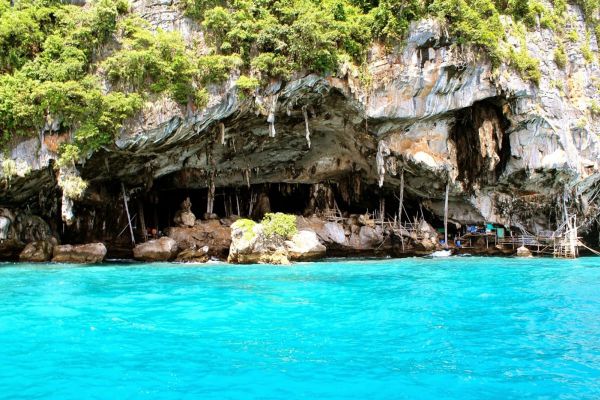 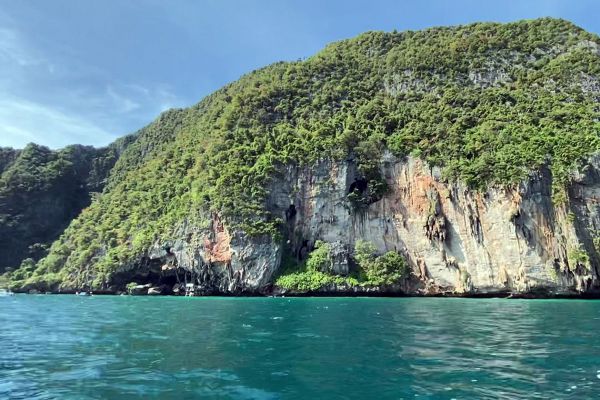 Visiting Viking Cave also allows you to discover one of the most profitable local industries: the hunting/harvesting of swiftlet birds’ nests. Particularly prized in Chinese culture, these edible nests are believed to promote good health and to be specifically good for the skin. A local legend says that long time ago, sailors lost their boat during a storm and got stuck without food on one of the limestone islands lying in the mouth of the Phang Nga Bay. A cave located on this island was home to a colony of swiftlet, and the men could survive by eating their nests which gave them enough power to wait for rescue. The harvest of bird’s nests is rather a risky job: scaffolds are built with bamboo on which the hunters climb in the darkness to collect these precious items.

How to get there: Hire a long-tail boat from Tonsai pier or from nearby Laem Tong, it will cost you about 2,000 baht for the whole day and you could discover the most interesting sites around the Phi Phi group of islands.

Khao Khram Waterfall is another beautiful waterfall of Srinakarin District, Phatthalung Province with the splendid scenery and is also a…

Wat Saman is located near Bangpakong Dam. The interior of the Ganesh is enshrined. Most people in Thailand are worshiped.…

Located to the south of a park, this beautiful triple-tiered waterfall cascades from a 200-meter cliff through forested mountains onto…