Located in the center of Chiang Mai, in the area where palaces used to stand, the Three Kings Monument (Anusawari Sam Kasat) is dedicated to the three Northern Lao Kings who founded the city of Chiang Mai. It is the venue of the King’s birthday celebrations in early December annually. 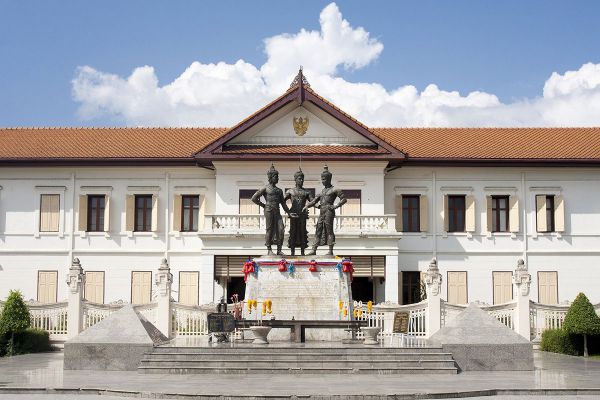 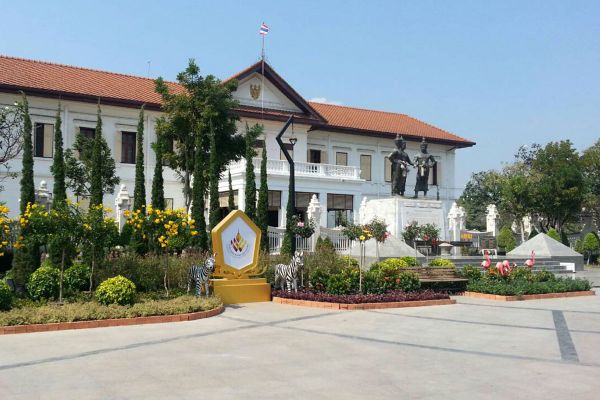 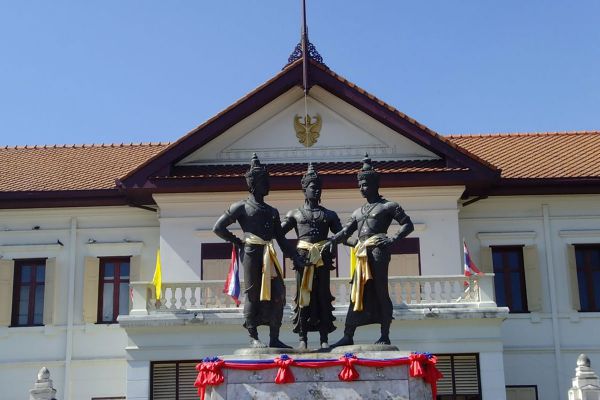 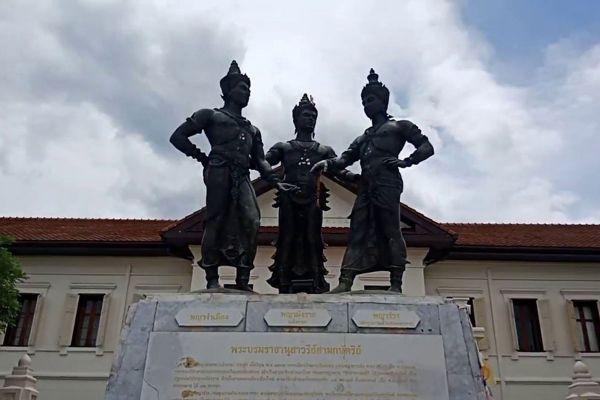 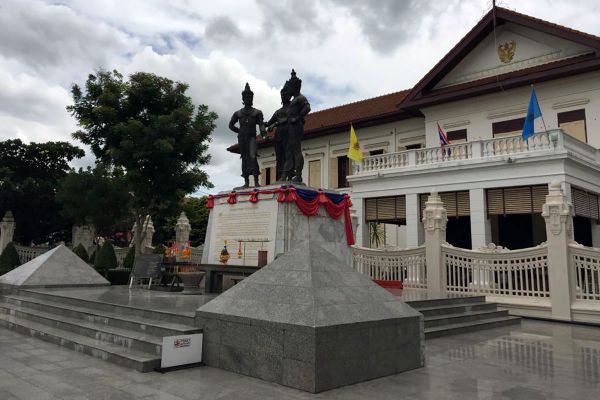 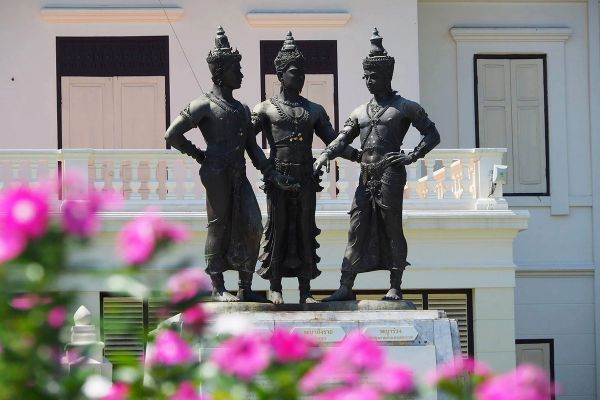 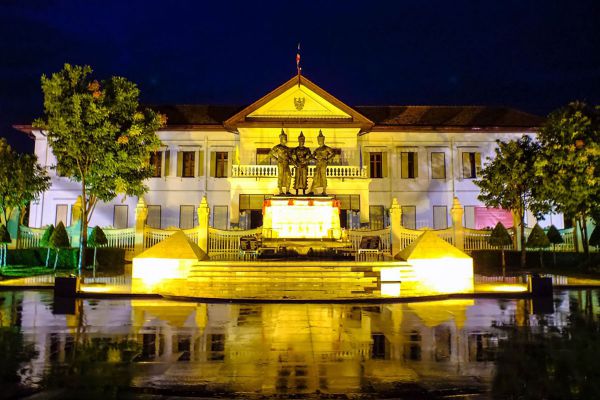 The Three Kings Monument consists of the bronze statues of King Mengrai, the founder of Chiang Mai and his two friends, King Ramkamhaeng of Sukhothai and King Ngam Muang of Payao, who are believed to have worked together to build the city. This has become an iconic part of the city and is reproduced in different forms and installed in different parts of Chiang Mai. There is a square in front of the monument which is the venue for many festivals. The square is surrounded by restaurants serving western food; close-by is also the office of Thai Airways.

The Three Kings Monument is located inside the city walls at the center of the old city. The monument stands in front of the Old Provincial Hall building which is today the City Art and Culture Center. The locals regard the monument as a shrine for the three kings. They offer flowers, incense and candles to the statue to invoke the blessings of these great Kings who conceived of the idea of the city of Chiang Mai.