Tham Pla is located within the complex of Wat Tham Pla, Moo 5, Ban Huay Puu Kang, Pong Ngam subdistrict, Mae Sai district, Chiang Rai province. The temple consists of 2 main sections. One is the temple territorial unit to pay homage to, while the rest are caves, namely Tham Pla and Tham Ku Kaew. Tham Pla is the cave situated underneath a limestone mountain and there is a small stream flowing towards the entrance of the cave. 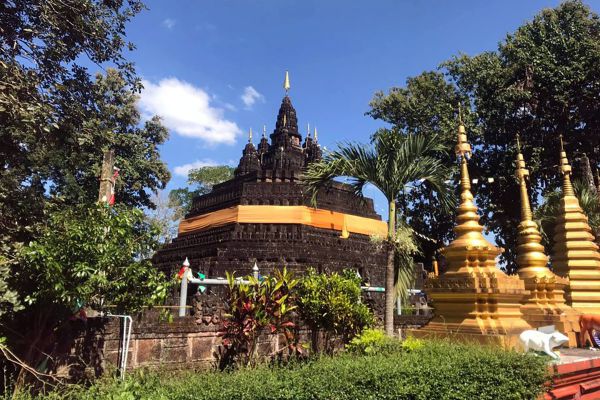 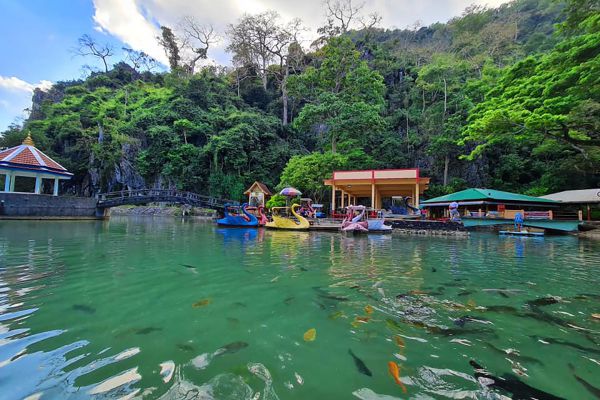 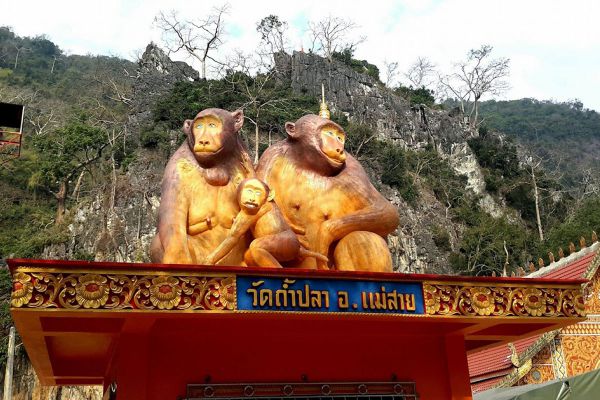 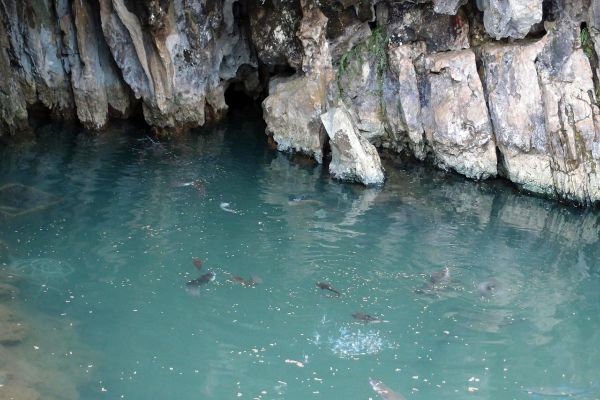 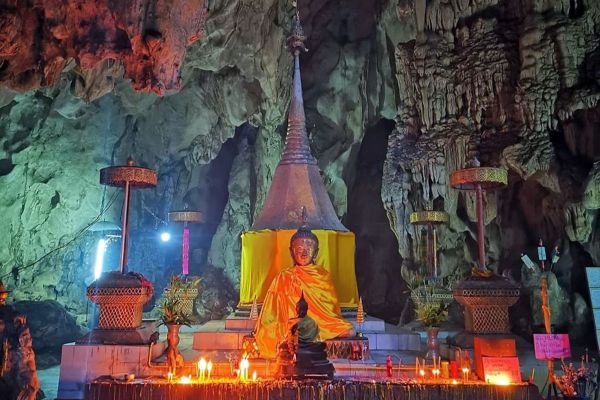 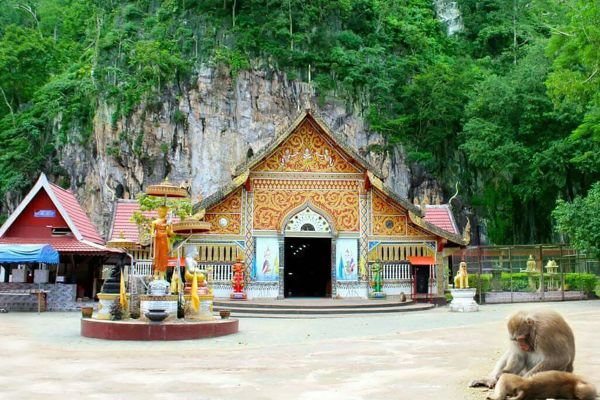 The source of this stream is actually Huay Lang waterfall. Tham Pla is a stone cavity measuring 2.5 meters wide and 1.5 meters high. The water level in the cave is about 0.5 meter. Tourists are allowed to enter the cave in order to pay homage to Pang Song Krueng (a highly revered Burmese-style Buddha image dressed up in a full royal costume). There is a school of fish swimming in the stream.

Originally, rare fish species could be found here. For example, Mahseer barb whose appearance resembles a cat-fish with blue fins and silver strips on its sides. Nonetheless, lately tourists have brought with them several kinds of ornamental fishes, e.g. Carp, Goldfish, Common Carp, and turtles. The cave is also home to a considerable number of monkeys which loves to beg for some food from tourists.

To get there, make a left turn at the intersection in front of the police kiosk which is next to the intersection leading to Doi Tung. Keep going for only a short distance, then you should see the temple.

Ao Nam Mao is a beautiful part of Thailand and, like most of Krabi Province in which it is based,…

Sai Kaew Beach is a pristine beach which is located on the main land opposite Koh Khram Island. This stunning…