Suan Dok Gate is westward-facing gate of the 13th-century perimeter walls surrounding Chiang Mai‘s Old City. This is one of four gates which give entrance to the Chiang Mai Old City; Tha Phae Gate being the main tourist attraction along with Suan Pung Gate and Pratu Gate. It is named after a temple near it called Wat Suan Dok. Suan Dok means “flower garden” in Thai language. The gate is built out of red bricks. 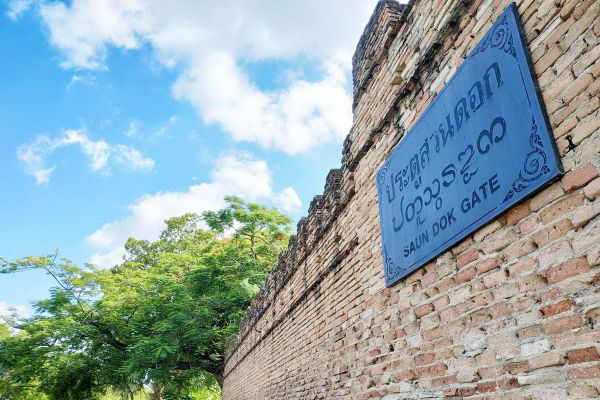 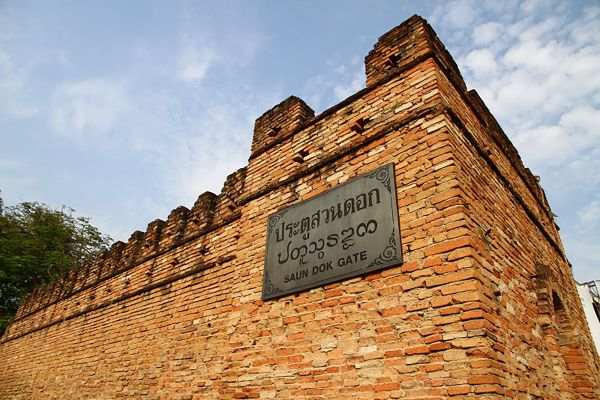 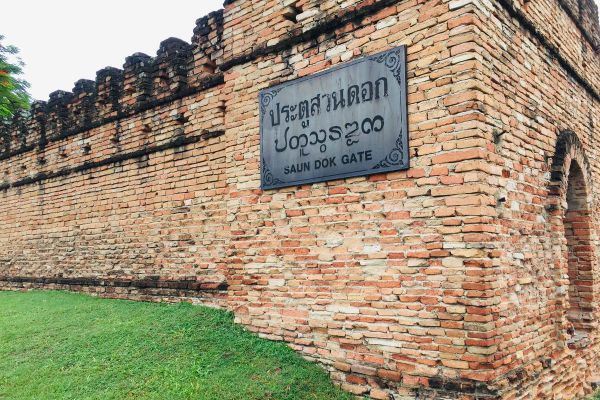 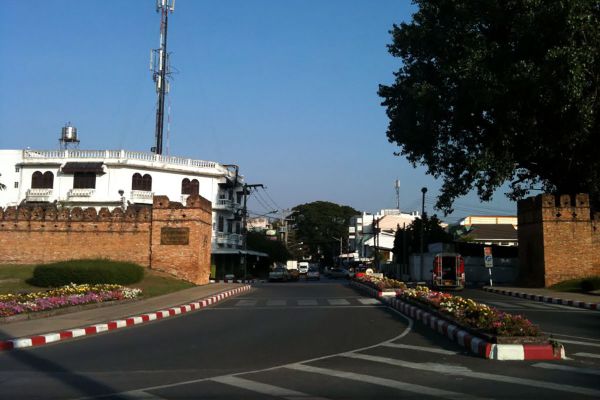 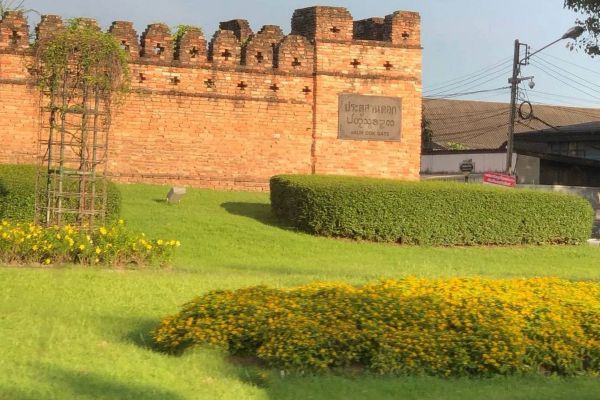 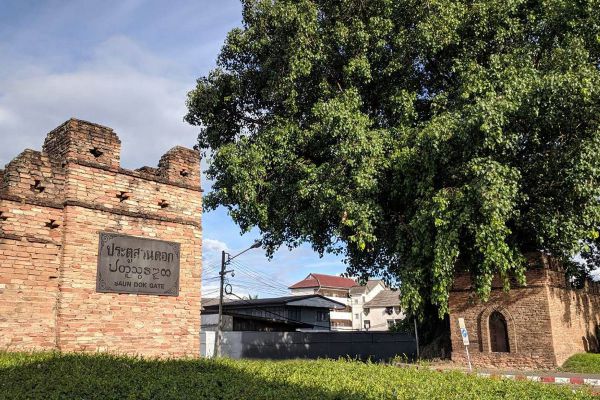 Being part of the old city wall, the building is practically intact. Which is great if you want to have a good look at a piece of the cities ancient history. If you’re walking round, stop and have a look but don’t make a special trip to come and see it.