Singasari Temple is located at Candi Renggo village, Singosari Subdistrict, about 9 km from Malang city. The temple is also called Cungkup temple or Tower temple, meaning that this temple is the highest, at least compared to the other temples in the compound. 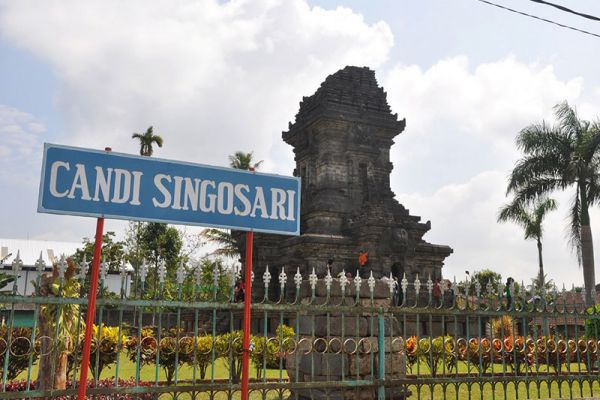 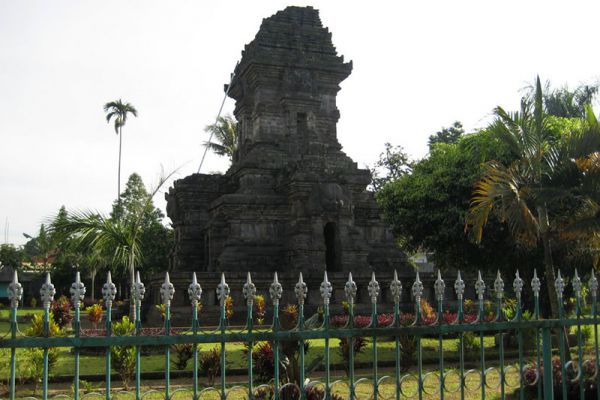 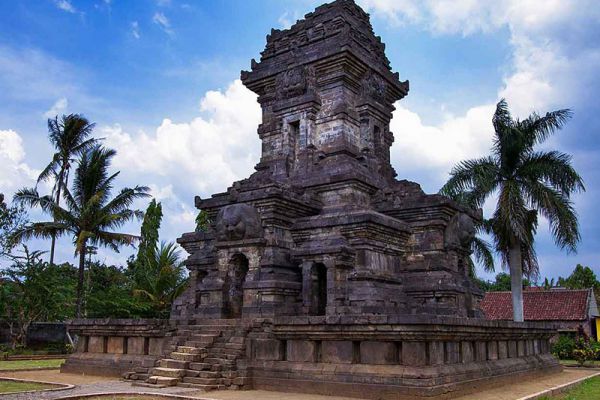 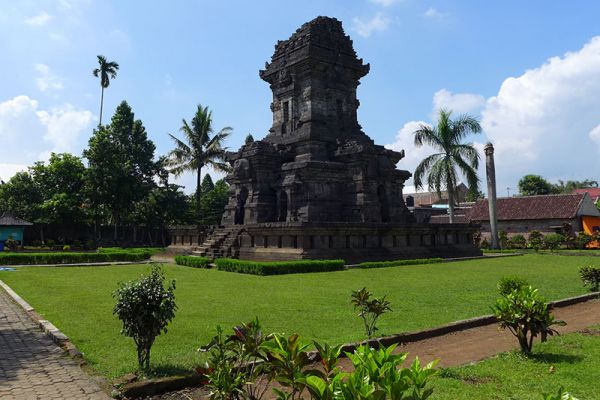 Today, however, it is only Singasari temple left in Singasari area, while the other temples have gone without a trace. There is no certain time when this temple was built, but archaeologists estimate that the temple was built around 13th century to commemorate King Kertanagara of Singosari Kingdom. There are two shrines dedicated to Kertanagara, Singosari temple and Jawi temple, as indicated in the presence of several Shiva statues in the temple’s court.

Singosari temple is at the center of the court. The temple body rests on a shelf, 1.5 meter high. The base of the temple is simple in design, without any ornament or relief. Unlike other temples, the stairs at the base of the temple bear no decoration of makara pattern. The entrance into the space inside the temple is located at the front side of display room (a small frontward projecting room), facing south. The entrance is also simple without ornaments engraved on the sills. Above the entrance sills is a relief sculpture of a kala head. The artwork is very modest. Some relief sculptures are so modest and simple that leads people to suspect that Singasari Temple was partially completed.

Mount Rinjani or Gunung Rinjani is an active volcano in Indonesia on the island of Lombok. Administratively the mountain is…