Shwenandaw Monastery is a historic Buddhist monastery located near Mandalay Hill, Mandalay Region, Myanmar (formerly Burma). The building was originally part of the royal palace at Amarapura, before it was moved to Mandalay, where it formed the northern section of the Hmannan (Glass Palace) and part of the king’s royal apartments. The building was heavily gilt with gold and adorned with glass mosaic work. 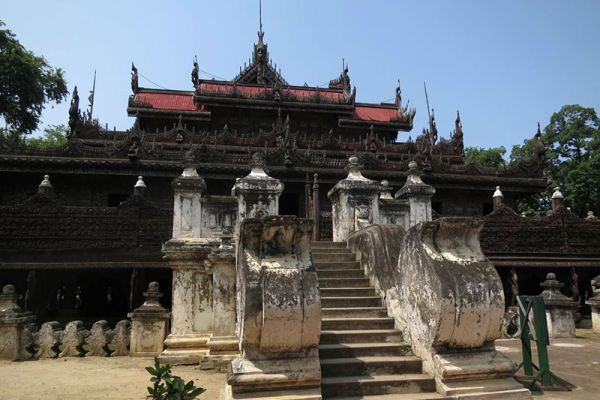 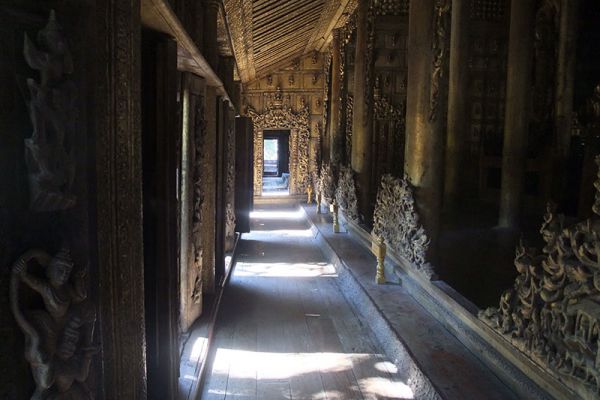 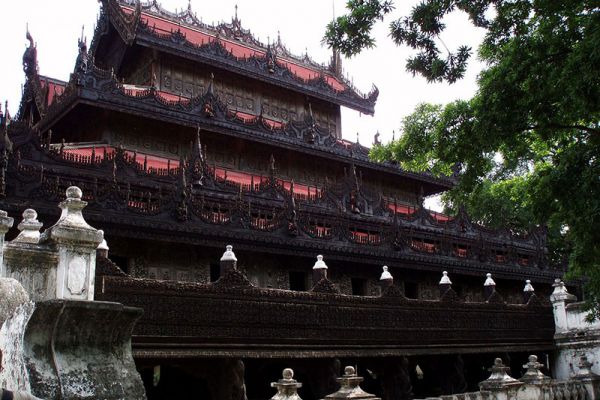 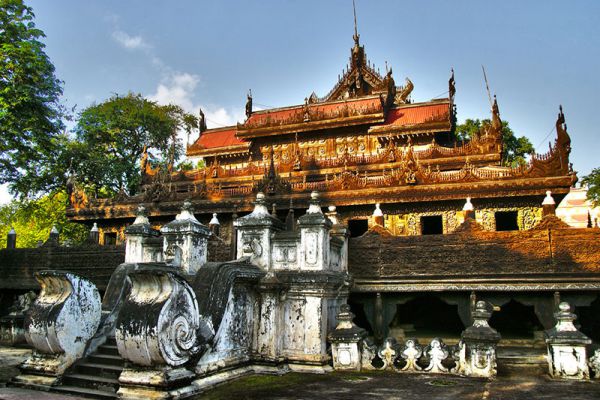 The monastery is known for its teak carvings of Buddhist myths, which adorn its walls and roofs. The monastery is built in the traditional Burmese architectural style. Shwenandaw Monastery is the single remaining major original structure of the original Royal Palace today. 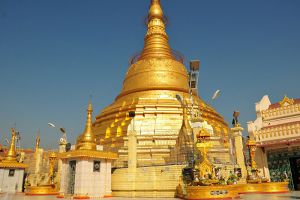 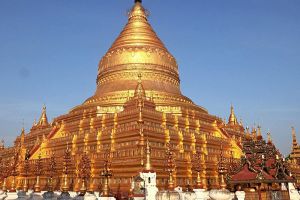