Just a short distance from the city, travelers will be able to dive into a world of co-tourism based on the conservation of natural resources and marine ecosystems in the Gulf of Thailand, organized by the Sea Turtle Conservation Center, Royal Thai Navy, under the supervision of the Air and Coastal Defense Command (ACDC). The centreprovides biological knowledge on the life cycle of sea turtles, serves as both a nursery ground for various species of sea turtles such as Green Turtles, Ridley’s Turtles and Hawksbill Turtles, raised in accordance with academically correct principles that they can be released back to the ocean, and a learning and research source for sea turtle conservation. 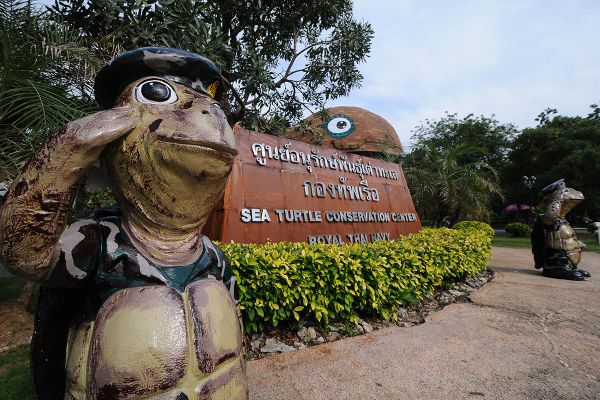 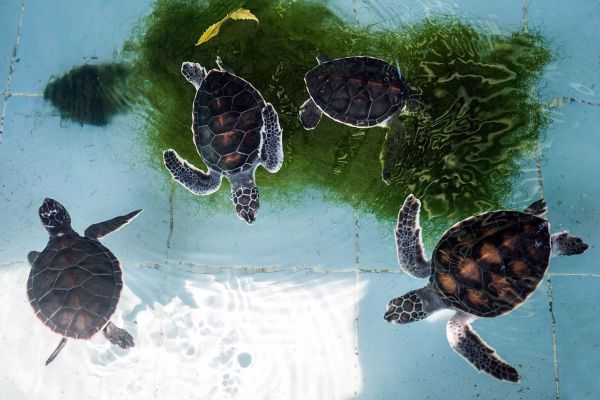 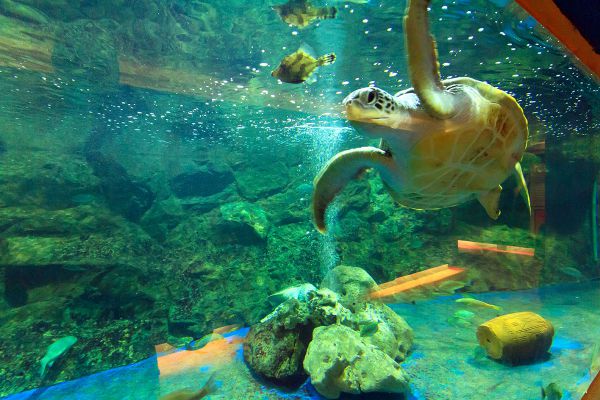 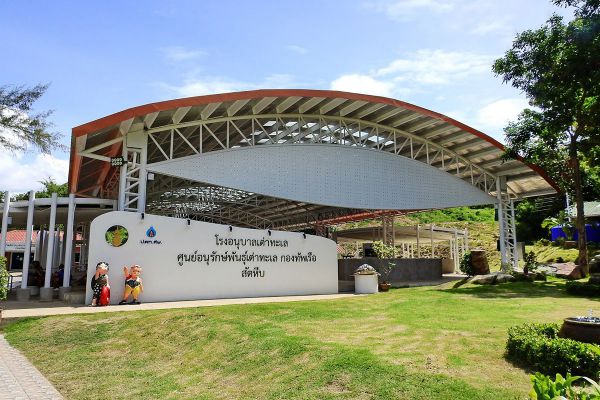 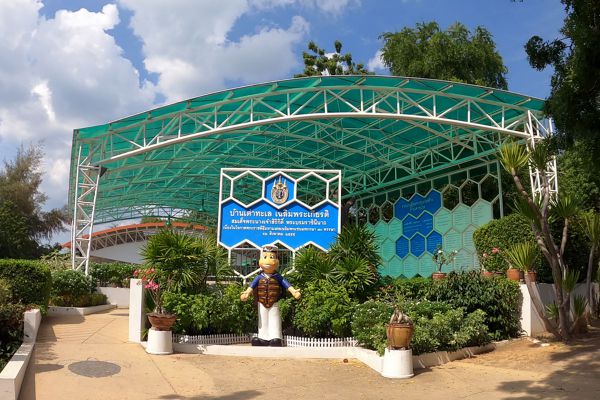 The most interesting features to be found here are the sea turtle nursery ponds filled with adorable hatchlings and juvenile turtles of various ages. Separate ponds are provided for sea turtles injured by human activities such as getting struck by a boat’s propeller or cut by trawls, and those infected by diseases to receive their treatment until fully recovered before being released back to the sea. Although swimming is forbidden in the beach area, it is still a relaxing spot where visitors can enjoy beautiful sea view, a place where sea turtles lay their eggs during nesting season and where healthy sea turtles are released back to nature after their recovery.

Currently, sea turtles are still facing the risk of extinction and their survival is not guaranteed in the wild. Thus, the Sea Turtle Conservation Center, still requires travelers’ cooperation to establish a better understanding of the life cycle of sea turtles and a conscious mindset to help preserve the natural habitat of sea turtles and other living creatures in the wild. The simplest action, one that is within everyone’s reach, is to cut back on the use of plastic, particularly plastic bags, straws and bottles, as these items invariably end up in the ocean and cause untold, irreversible harm to marine life.