The Sandamuni Pagoda in Mandalay is known for its large golden zedi, its hundreds of shrines containing inscribed marble slabs and the largest iron Buddha image in Myanmar, the Sandamani, after which it is named. 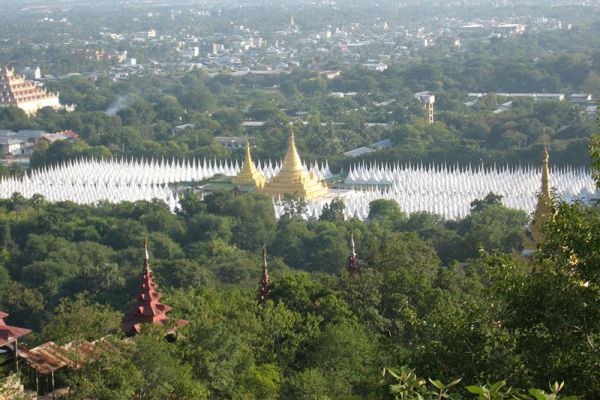 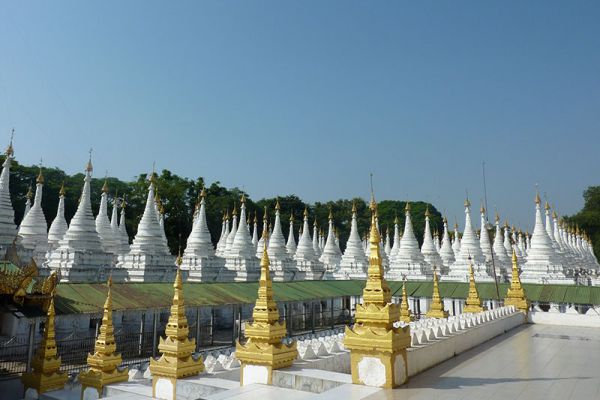 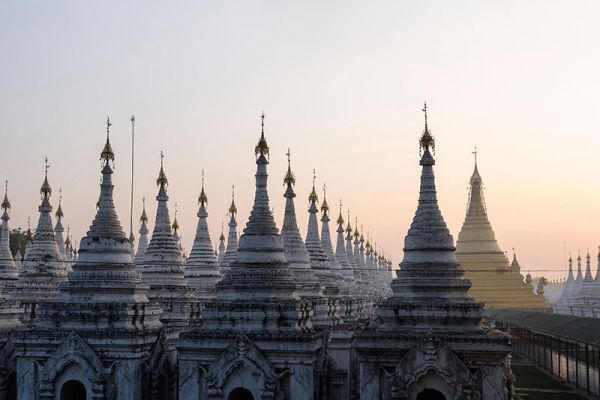 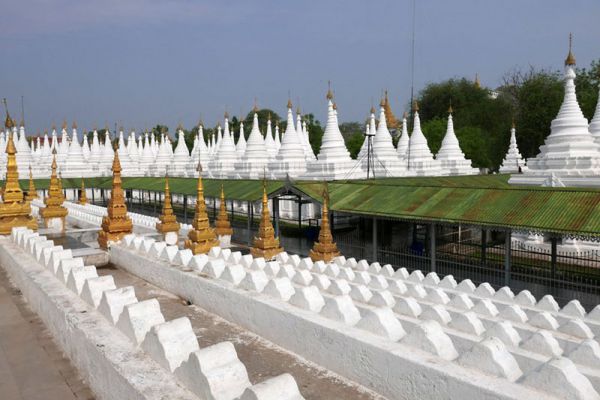 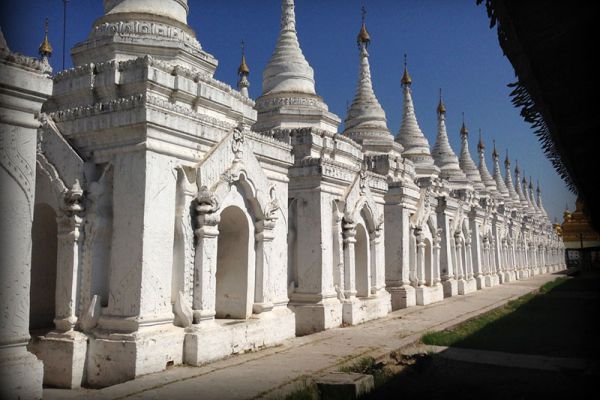 Resembling the nearby Kuthodaw pagoda, the Sandamuni is located on the foot of Mandalay Hill with good views of the hill and its monasteries.

The pagoda was built as a memorial to crown Prince Kanaung, who was murdered in 1866 by two of King Mindon Min’s sons, who were unhappy not to be the first in line to become the next King. The bodies of the crown Prince and three of his sons who were also killed were entombed on the Sandamuni pagoda grounds. In the early 1990’s the tombs were moved to a mausoleum in Mandalay.

Sakya Man Aung Pagoda is one of the most active pagodas in the region of Mrauk U. Set within the…

Shwemokhtaw Pagoda is a Buddhist pagoda in Pathein, Myanmar (formerly Bassein, Burma). The pagoda is bounded by Merchant St, Strand,…