Just North West of Bangkok, in Nakhon Pathom province lies Sanam Chandra Palace. The name of the Palace was probably derived from a natural pool called “Sa Nam Chand” close by. Most of the buildings are constructed in European style, in fact the Chaleemongkolasana Residence of King Rama VI looks more like a French or English castle than a Thai Palace. 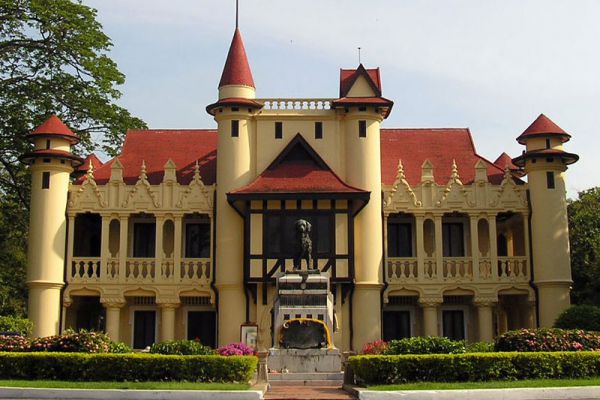 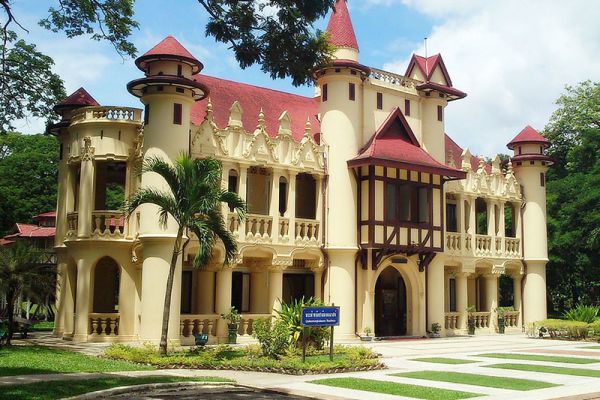 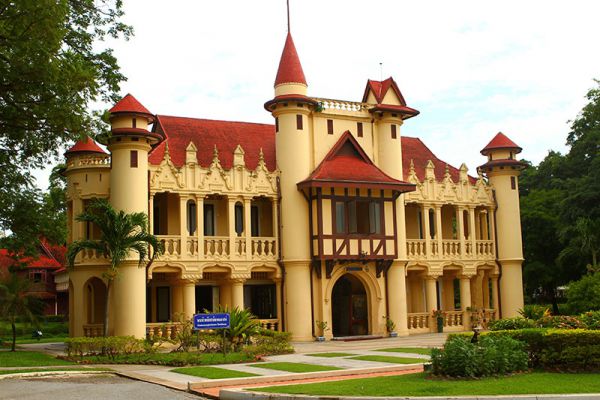 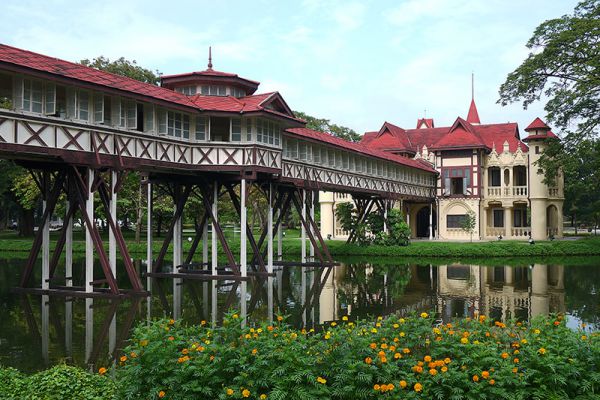 The Sanam Chandra Palace was built early 20th century by then Crown Prince Vajiravudh, who in 1910 became King Rama VI. The Crown Prince, who was in Nakhon Pathom province to pay homage to the Phra Pathom Chedi, decided to build the Palace as a Royal retreat where he could stay during his visits to the Chedi. The Palace complex was also built to serve as a base for the “Wild Tiger Corps”, a military unit serving the King.

The Palace is set in a large very well kept park like area, and is very suitable for some relaxation under the shady trees. There are five buildings on the grounds, namely the Chaleemongkolasana Residence, the Bhimarn Prathom Residence, the Samakkeemukamartaya Hall, the Mareerajaratabulung Residence and the Thub Kwan Residence. All these buildings are open to the public. There is also a shrine to the Hindu God Ganesha, the God portrayed with the head of an elephant and a statue of Yalae, King Rama VI’s favorite dog, that was accidentally shot to death.

Tham Mae Lana is in Mae Lana village where tourist can see Thai Yai’s way of life. The cave is…

The Phra Maha Chedi Chai Mongkol or “The Great, Victorious and Auspicious Pagoda” is one of the largest chedis (pagoda)…